The day is April 12, Good Sunday. We’ve been locked up now for weeks, the streets baron and desolate with the occasional wailing of police sirens echoing through the suburbs. Who knows when we’ll see freedom again… I’m just kidding of course. While much of that is true to a degree, I’d like to think I’ve been handling lockdown in a fairly healthy manner, with no signs of wear and tear on the psyche (as of yet). I remain working full time, just remotely. In the spare time however, I have been part of an extremely fun challenge that encourages birders to step away from their televisions and spend some time in their gardens (where applicable).

We’ve been engaging in a competitive birding battle from the comfort of our homes, the Lockdown Birding Challenge. The idea is simple, get outside and spot as many different species from your own property as possible, record these totals on Birdlasser and subsequently see who does the best job. Of course this is not truly a measure of skill, but a combination of one’s birding ability and how fortunate one is with their living situation. For myself, I have been staying with my girlfriend for a while now and her family home has a wonderful view overlooking much of the Helderberg basin. I’d be willing to state that I may hold a somewhat unfair advantage to others, though there are certainly those in better situations than I. Oh, to be a farm owner.

None the less, Milli and myself have spent many hours over the past few weeks scanning the garden and the horizon for any signs of bird life and so far things have been going quite well, with a couple really cool sightings that one would never have imagined occurring on one’s own property. This blog post will talk a little about what we’ve managed to see in the past couple of weeks, as well as show some photographs of what I’ve managed to shoot.

About a month ago I invested in fixing my 400mm 5.6 L birding lens, which has been broken for about 2 years now. The autofocus was stubborn initially and just didn’t lock onto targets, then eventually just stopped working altogether. At the time I took it in for repair, Covid-19 wasn’t much more than ‘that thing that’s happening overseas’. I did not anticipate that I would be without my camera and lens for an additional month or more. So for this lockdown period I’ve been having to borrow Milli’s budget 250mm lens for my birding, so I do apologize if the quality isn’t quite where it usually is.

The first day of listing started off with a bang, in less than an hour I had views of Booted Eagle, Rufous-Breasted Sparrowhawk, Black Sparrowhawk and various small garden birds. The views on most of the raptors were average at best, mostly moving over the house and then circling a few kilometers in the distance. The RBS was definitely exciting though, as it has been a few years since I have seen them in Somerset. This individual would however make a few appearance over the following week, albeit none worthy of any photographic exhibit.

Weather was perfect this day and aerial feeders were out in abundance, with Alpine Swift, Barn Swallow and Little Swift all seen routinely through the day. Red-Faced Mousebirds flew past on a few occasions, feeding on some trees in the garden before moving on to the next property.

By far the most exciting event thus far, in terms of bird activity was when I heard a call coming from a large tree in the neighbours garden. A dark morph Black Sparrowhawk was in the tree, jumping with a kill in its claws, trying to dismember it. We watched the bird for a while, until the neighbours, unknowingly came outside and scared the bird of. As luck would have it, it took a direct flight towards us and passed within 10 meters from where we were standing.

Around the back of the garden the views are less impressive, but the increase in foliage made it a great place to pick up a few additional birds. Yellow Canary took my list to 22 by late afternoon, with views of Pin-Tailed Whydah and Olive Thrush finishing off the day.

The following day wasn’t quite as packed as the first, with mostly the same species on display. However, a Reed Cormorant and Southern Fiscal added a couple extra birds to the tally. I knew I had to find a way to increase my viewing range if I wanted to compete with the other birders in the group, so I borrowed a telescope from Milli’s father. Not a spotting scope, just a regular telescope. It offered a pleasantly surprising increase in range and allowed me to add Kelp Gull to the list.

Day 3 started out with excitement with a flock of Great White Pelicans – though by the close of the day I had only amassed an additional 6 birds. The highlights of which were Peregrine Falcon and Jackal Buzzard.

With work taking up most of my days, and birding being mostly confined to lunch breaks or if I heard something new outside – things slowed down here a bit. However, the unmistakable calls of African Fish Eagles drew me from the computer. We managed to get some beautiful views of two adult birds circling in unison. This was followed up just a little while later with a great garden bird, a Klaas’s Cuckoo – a species which I still haven’t seen too many of.

The final day of the week held some truly awesome surprises. It started with a White-Breasted Cormorant, something I don’t see too often close to the mountains here. Around lunch time I encountered something truly remarkable though, a Brown-Backed Honeybird! Not just a fleeting glimpse either, the bird had decided to perch right next to where we were sitting – just a few feet away and simply watched us for a while. Brown-Backed Honeybird is an extremely tough bird to find in one’s garden, yet somehow our birding group had several individuals locate some during this week. It was only my second ever views of the species as well.

Olive Woodpecker was another enjoyable garden bird added to the list around the same time. Week 1 ended with a collective total of 51 species.

As more species were added to the list the challenge became increasingly difficult, with the pool of available species diminishing with each new addition. I started to rely more heavily on the scope to get views of areas I would otherwise struggle with. I managed to find a clearing or two looking at the Somerset West and Strand Golf Courses, both of which offer water featured which may be able to increase my count of water birds.

Sure enough, I managed to add Blacksmith Lapwing, Sacred Ibis, Yellow-Billed Duck, Cattle Egret and Little Egret.  At the end of the first day I had managed to total 64 species for the garden. A number much higher than I had thought I would manage through the entirety of the lockdown period.

It was an empty day on the second day of the second week, followed up on the third day by a single addition – that of the Cape Batis, a bird I had seen often in the garden but had been elusive during this challenge. 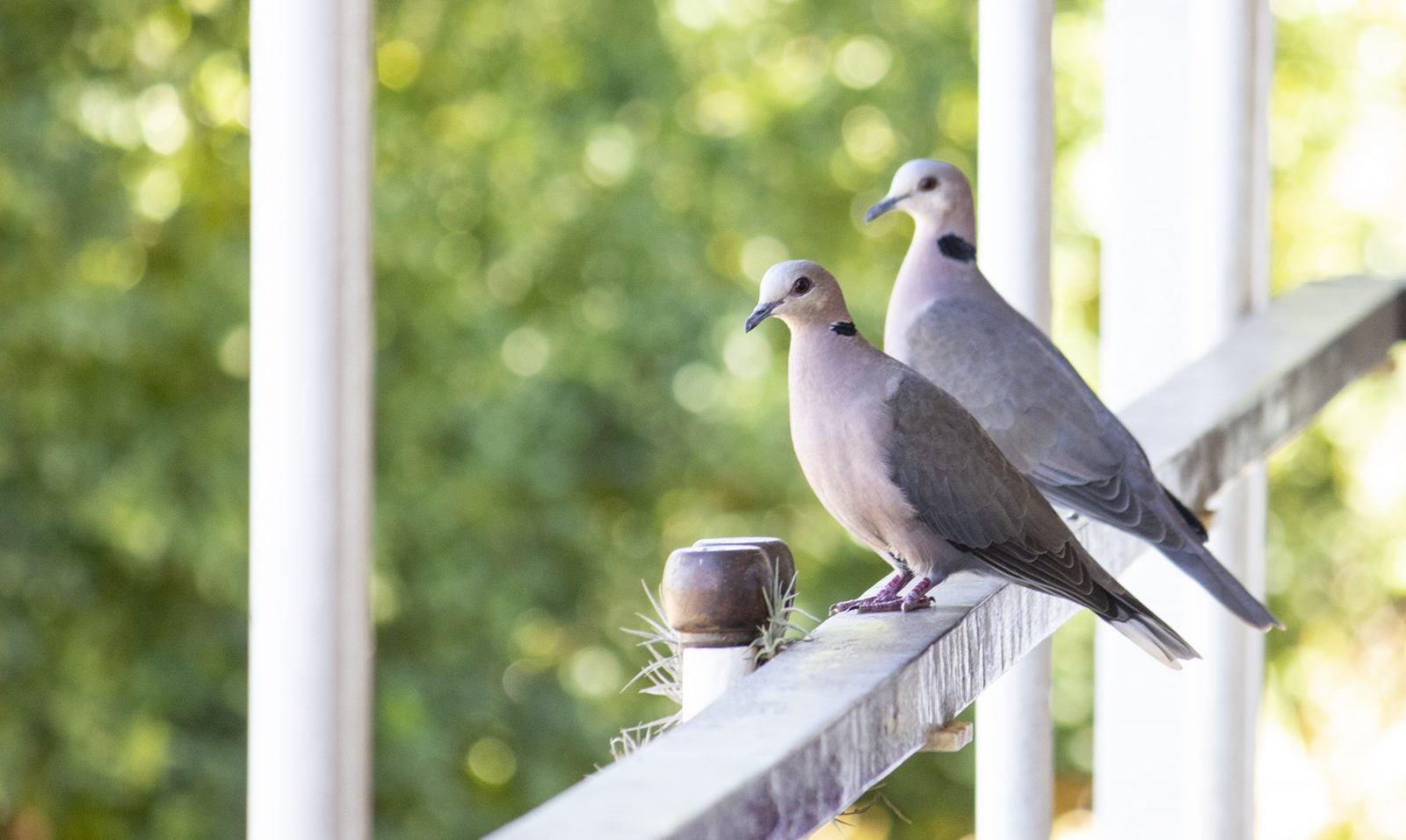 Day 3 and 4 were also empty. With day 5 offering the addition of an African Harrier Hawk. In frustrating fashion, I had removed the telephoto lens from the camera and was doing some macro photography in another room when Milli ran in telling me there was a large raptor outside. I had to decide whether to risk the potential addition and grab the camera and change lenses, or just make a run for it.

As of writing this, it’s now day 6 of week 2 and I just had species #67 added with a small flock of Red-Winged Starlings flying past.

I’ll be sure to keep photographing the birds around the garden and provide an additional blog update in a couple weeks in similar format. If you’re not yet challenging yourself to see what birds you can find in your garden during lockdown, I’d highly recommend it. It’s a great way to distract from the current crisis and offer some sense of accomplishment and a peace of mind. If you are keeping tabs, let me know in the comments below what your total is.