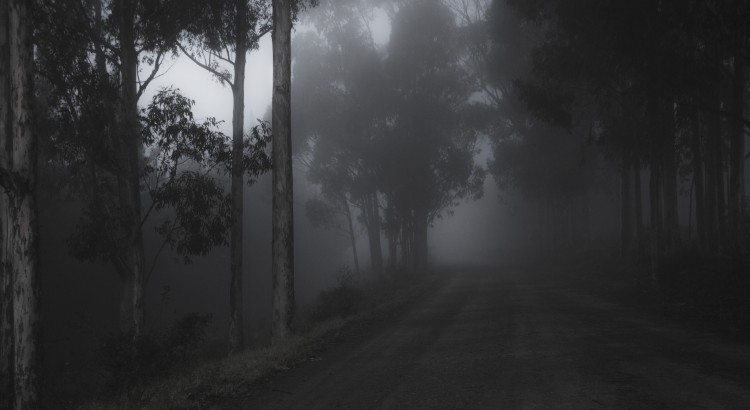 This post is a continuation from part 1 and part 2 of birding at Grootvadersbosch.

We awoke on Friday morning, the last full day at Honeywood – to a wet and miserable day. Well more wet than miserable. It had rained through the night and there were showers on and off in the morning, during one of the off stages I got in the car and took a short drive, Cathryn decided staying in the bed would be a better decision, and it may have been… There was little visibility with heavy mist coming in with the cold wind, between the rain showers. I managed to make the most of the misty conditions by getting some moody photographs. I’ve always been a fan of photographing fog and mist, though the opportunity rarely presents itself. I then parked down the road and headed down a small walking trail while the rain stopped for a few minutes, I then made the most of the few minutes of dry conditions by taking some landscape photographs. It was then back to the cottage… A few hours later I convinced Cathryn that we should head out again while the rain was away. We arrived at a clearing to get some landscape photographs and were greeted by a Common Fiscal and a Cape Robin Chat. We hung around for a while, while I chased a Forest Buzzard and Cathryn got some more landscape photographs. We also went further down the road and cape across some Cape Spurfowl, sadly not the Red-Winged Francolin we had been looking for. We did however come across a male Southern Boubou, a rather wet individual, which was a lifer for Cathryn. I decided to head out later again that day by myself. I drove down about 10km to another area of farms where I enjoyed the company of some sheep, and many rolling hills. There was little bird life apart from what looked to either be a Kestrel or a Falcon flying across the field next to me, unfortunately I had my 10-20mm lens on when it did so.

Truth be told, we spent the evening laying in bed and working on photographs and playing Sims 3.

Overall the day was a quiet one, and to be expected…

This is part 3 of a 4 part blog post. The other posts can be accessed here:

3 thoughts to “Grootvadersbosch – Day 3 (Rained Out)”