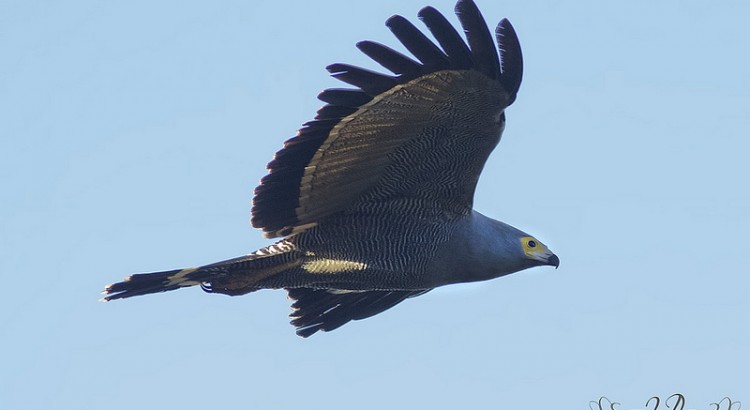 In an entry I made last week I discussed my misfortune with the Gymnogene that nests fairly near to my house, though not exactly sure where. I was driving home and the bird flew across in front of my wind screen by just a few meters, but being without my camera, it felt like a great chance missed. Well this past week I was a little bit more lucky…

I headed to the Helderberg Nature Reserve once again in the hopes of coming across something interesting, the reason for my frequent visits is that it is located just up the road from me and being a member I can enter for free. There have also been something like 180 species of bird spotted here and I am only at around 80 for the reserve, leaving me with quite a few opportunities still.

I headed out in the early morning and went straight to the pond by the restaurant as it’s probably the most common place to come across visitors and have seen several Herons, Cormorants, Darters and an African Black Duck here. Not long after doing the route around the pond and noticing nothing outside of some Yellow-billed Ducks, Moorhens and a Little Grebe, I focused my attention to the skies in the hopes of finding a raptor.

Out of the corner of my right eye, along the one forest area I noticed a large winged bird gliding from west to east, being a good kilometer away I had to look through my viewfinder to ID it, but it wasn’t long before I could see the distinguishable yellow face of the Gymnogene. While happy that I saw it, it was as I said, far in the distance and I didn’t expect to get anything decent from it but none the less continued to follow it in my viewfinder. It started to move in my general direction and eventually I tracked it to an area of trees where I then lost it but decided it’s worth going and looking through the forest areas to see if I could get lucky and perhaps find the bird. I walked towards the main road in the reserve and looking down towards the entrance I noticed a lot of movement in one of the trees that are actually within the parking lot. I walked towards it and sure enough there was the Gymnogene, I stayed a distance far enough to not disturb it, while close enough to take photos while it searched the tree trunk for what I assume would be small squirrels. I then watched as it hopped from Oak tree to Oak tree examining the holes for food.

There was a short period where the bird moved across the road and did some spectacular flight maneuvers, at one point putting himself in the perfect position for a photograph, sunlight directly on it’s under-wings as it dipped. Unfortunately I was not quick enough, still getting used to using a fixed focal length lens. But once it moved on again I managed to get an in flight shot. While it may not have been the money shot, it was by far the best photograph of a Gymnogene (African Harrier-Hawk) I have taken, making it a successful little visit.

On heading back to my car I also came across an African Hoopoe, a species that while I have no strong data related evidence to support my theory, seems to either be declining in the area or moving on elsewhere. In the late 90s there were Hoopoes in abundance around the neighbourhood with at least 5 a week being seen in our garden, but fact is that after all my birding trips, especially to the Helderbeg Nature Reserve, this is only the second African Hoopoe I have come across in about 60 visits to the reserve in the past year.

One thought to “Finding the Gymnogene”