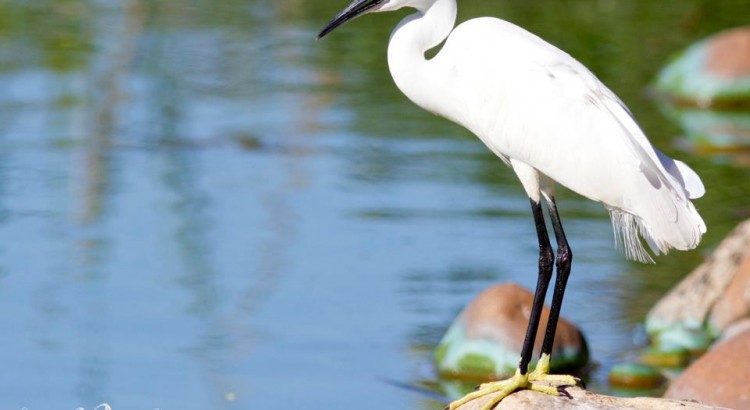 There has been a bit of excitement around a couple of Ferruginous Ducks that were seen last week at the Paarl Bird Sanctuary. This weekend I was checking facebook constantly for updates from other birders to see one of two things: A) Whether they were in fact victims of reverse migration or B) Escapees.

On Saturday, from the posts that I read, it appeared as though the ducks were playing a bit of hide and seek and were not seen for several hours on Saturday morning before they were finally connected with later on, with frustration from those who had packed up and called it a day after their hours of fruitless searching.

I woke up on Sunday and checked again to see what the status, contacting another birder who I noticed was there at the time, looking for the Ferruginous once again after a dip the previous day. While they had not seen the target, they had reported sighting an African Jacana and some Fulvous Ducks in the morning. Now neither of these are exactly huge rarities, they are rare enough for me to want to tick, especially after my troubles with the African Jacana at De Zalze a few weeks ago.

Being in Sea Point at the time, it did take some consideration before leaving as it’s a 65km drive there and another 65km back, followed by the 55km trip back to Somerset West a few hours later, but I figured ‘what the hell’, the odds are I will at least see either the Fulvous or Jacana, the Ferruginous would have just been a bonus.

I arrived in Paarl at about 11:30 on Sunday and saw a few groups of birders at the central point so I headed there first to see if maybe they had spotted the Ferruginous, I’m not sure if they had but they were getting back into their cars and I overheard “Likely escapees”. The group then moved to the opposite side of the pond and set up there for a bit. I couldn’t see anything of interest so I decided to just enjoy would I could and finally managed to come across some Grey Headed gulls with their hoods on.

I was given the location of the Fulvous and the Jacana by Megan who was the one scouting out for the Ferruginous, but when I got to the pond where the Fulvous Ducks were I found nothing but some Red-Knobbed Coots, Cape Teal and a Grey heron. I waited around a bit and still… no sign of them.

So I headed to the far pond where the African Jacana supposedly was, but again, no sign of it. After the disappointment I ended up just looking around for anything else interesting, not expecting any lifers. A Little Egret posed nicely for me on a rock not far from the edge of the one pond and a couple of ducks that I didn’t recognize buzzed across onto the water in the distance, so I grabbed some shots of them.

It wasn’t long before I was heading back to Sea Point having dipped on all three of my targets for the day. Feeling quite dejected I headed home a few hours later and decided to put up that image of the duck I didn’t recognize on facebook for some ID help. Once again Trevor Hardaker came to the rescue and identified it as a female Maccoa Duck, an uncommon species that I hadn’t yet seen, so while I may have dipped on the main targets, at least I got a consolation prize in the form of a new tick.

A second consolation was a Speckled Mousebird who was enjoying the disappearing sun just outside of my girlfriends lounge window in Sea Point, so just as I was heading back to my car I managed to get a few decent shots of this guy.