A bit of a late entry for this twitch, but about a month ago a local birder (whom I shall refrain from naming due to a bit of controversy that took place after the fact), heard about a Common Cuckoo found on a friends farm. The bird had been seen for a few days in the vineyards, near Villiersdorp, and access was arranged for a very small group of us to attempt to find the bird. We all met up (just 4 of us), around sunrise during a week day and accessed the otherwise private farm. 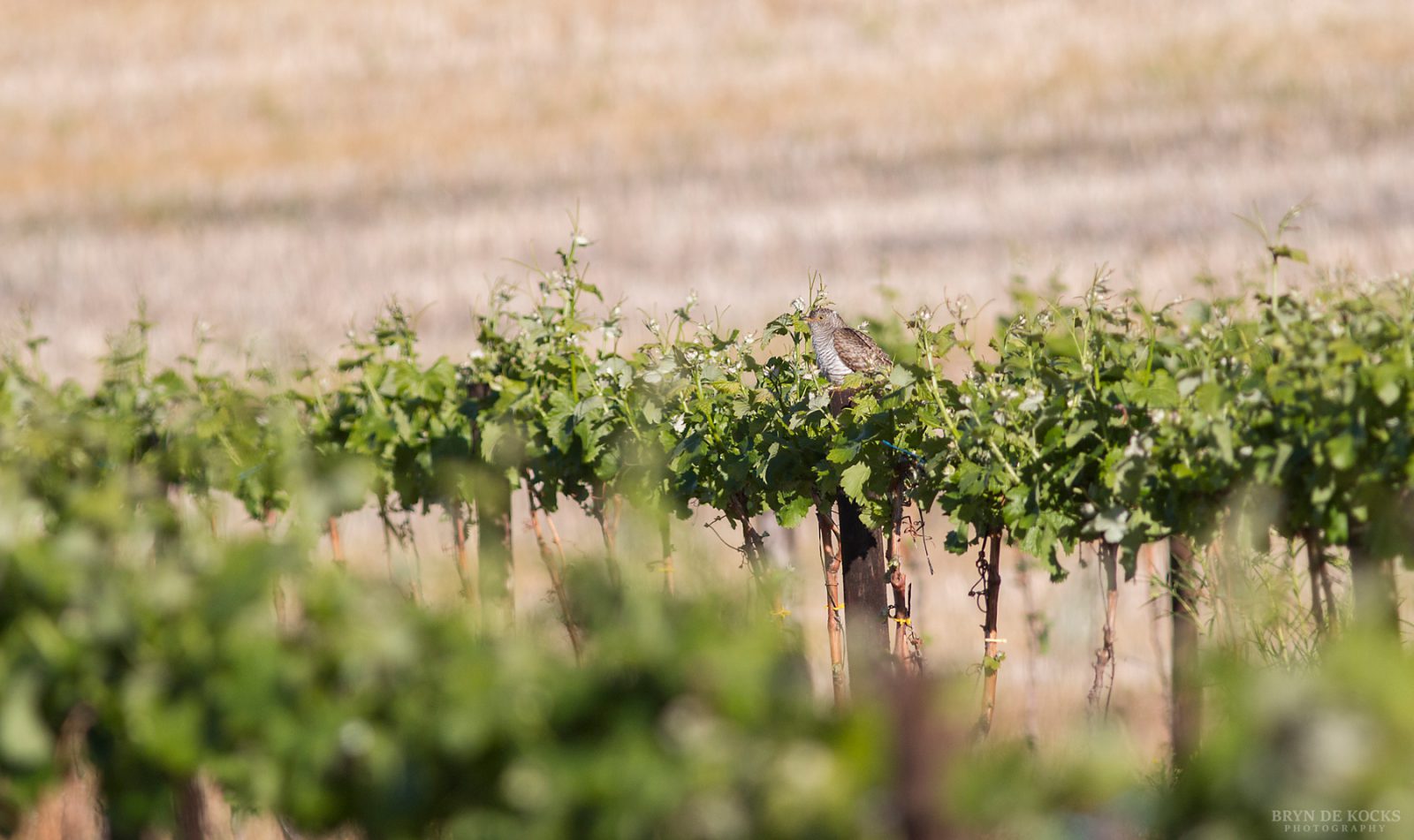 Within minutes of entering, we had visuals of the bird which was moving between the vineyards, feeding on the ground and then flying up to the tops of the grape vines and perching for extended periods, providing us some excellent views. Common Cuckoos may be common in other areas of the world, but they are sought after rarities down here. With us managing to get on the bird so early, I was able to pick up the bird, get some lovely views and be back at work on time. There was a bit of controversy on social media after a few of us had uploaded images to Facebook, but no alerts had been sent out yet. The reason of course was a logical one. The farmer was assessing how and whether he’d be able to offer access to birders, with the farm being operational and him not having time to escort visitors to the bird. He asked that we wait before providing information on access and location of the bird. He also wanted to ensure that the bird was still around on the weekend, when access could potentially be possible. However, this didn’t sit well with some who felt like they should have known about the bird, even if access wasn’t an option.

In the end, the bird disappeared before the weekend arrived and no additional access was gained by anyone else, unfortunately. I was just thankfully one of the few who were able to get on in the first day, as a favour by the farmer and birder in question. A great new bird for both my life list and provincial list, along with some photos that I was happy with.