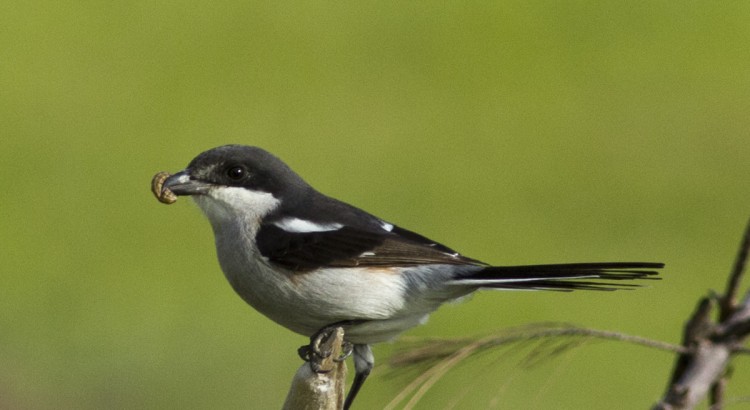 After a series of cold and wet days during the past week, as soon as the cold fronts began to clear I headed to the Helderberg Nature Reserve for a very short check on the pond which tends to get some interesting visitors at times.

I arrived to a pair of African Black Ducks on the pond, but the visitors were pretty quick to fly off when they caught sight of me – a lot more timid than the Yellow-Billed Ducks that can be found here more than occasionally. I took a short walk around the pond and noted that the water level had risen greatly thanks to a good 80 to 100mm of rainfall that had fallen over the week. The pond was, in essence, looking a lot more healthy. In a matter of 5 minutes though, it began to rain again and I was forced to call it a day.

I headed back to the reserve on Saturday morning, in bad lighting conditions, still primarily overcast and miserable. The short visit revealed another one of the resident Jackal Buzzards which flew past, again though the lighting conditions being anything but supportive. Quite frankly I’m beginning to get a bit tired of these Jackal Buzzards, they’re completely hogging my raptor ratio. The resident Malachite Kingfisher also put in a short appearance as he zipped across the pond several times. While at the reserve I also checked up the birding related notice board to confirm the times for the monthly Dick Dent Bird Sanctuary meet up that takes place on the second Saturday of every month.

I then headed down to the Dick Dent Bird Sanctuary at 15:00 and was a bit surprised to only see a single other car parked outside the gate. I went inside and found John Clements cleaning some of the local homeless people’s rubbish from around the hide. We then waited a few minutes for any others that may be attending to arrive, but by 15:15 we were done scanning the hide area and moving around to the other pans. The hide area produced a large number of European Starlings, Levaillant’s Cisticola, Blacksmith Lapwing, Pied Crows and an African Darter.

The next pond on the right hand side of the sanctuary housed a number of Yellow-Billed Ducks and a Common Moorhen. On the inner pan adjacent to this were some Cape Weavers and a couple of Yellow Bishops. A Black Headed Heron also put in an appearance as he flew past, taking off from one of the other pans. Lesser-Swamp Warbler and Cape Wagtail were also seen here.

We moved on to the final pan where there is usually the main interest, here we found large numbers of Grey Heron. Six Grey Heron were scattered around the edges, many of them tucked up, sheltering themselves from the bitterly cold wind. A pair of African Spoonbills also stood near the shallows with more Yellow-Billed Ducks and some Red-Knobbed Coots also present. A Common Fiscal and Helmeted Guineafowl were also present along the outer area of this pan, not to mention a couple of Egyptian Geese.

We then moved on and headed back to the cars, but on the way back another birder who had been present on the previous meet showed up, he immediately started telling us of a Gymnogene that had flown into the sanctuary when he entered. After struggling to located it, he showed us where it was currently perched and I decided to try get some photographs of the bird. John and his company left the sanctuary while I waited patiently, lens aimed at the Gymnogene, hoping that it would take off and flow towards me, as it would have been perfect with a sun at a low height. But when it did eventually take off, he flew the wrong way. As I was entering the car, a large group of Common Waxbills came and perched on the reeds near the entrance.

On Monday I took my lunch time to head to the Helderberg Nature Reserve again where things were quiet, there were a large number of Amethyst Sunbirds and Fork-Tailed Drongos present though near the picnic area which were hopping between Oak trees.

While there were no rarities that showed up, it is good to see a healthy amount of species and always a welcome challenge to better prefers species photos that I have taken.