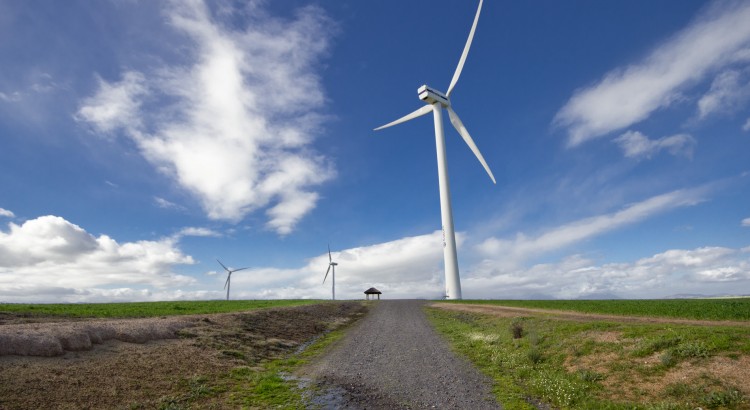 After another week of plummeting temperatures which brought snow to the mountains of the South-Western Cape, the Great Spotted Cuckoo in Klipheuwel seemed to be bracing it well, now present for nearly two weeks, it was last seen on Friday morning. Noting that the cold front was forecast to pass and give way to partly cloudy conditions, with temperatures still in the lower teens, I decided I would take the drive on the Saturday morning and hope to see this regional rarity. I had been wanting to see it from the early reports but due to a recent car accident I was unable to drive in the rain and with work from 8am to 5pm on week days, there just wasn’t the opportunity. The night before the twitch I was positive and excited, in fact I was having dreams about catching up with and photographing the bird, so much so that they woke me up at 4:30am where after I couldn’t get back to sleep.

Eventually sunrise came and I packed my camera equipment, filled up with petrol and headed out to the location where the Great Spotted Cuckoo was seen by large numbers of twitchers over the past week or so. I made sure that I took down the GPS details as I did not want to end up searching in the wrong area. After a 45 minute drive through some of the Western Cape’s most amazing landscapes (especially in winter months), I arrived at the Radio Road turn off, a small unmarked road on the GPS, but the co-ordinates took me right to another parked car. I stopped and got out, looking around… The area was large and I had no idea where exactly to start looking. I scanned through the trees on the western side of the road where I saw a Black Shouldered Kite, but no sign of the Cuckoo.

After about 15 minutes I noticed the obvious owner of the vehicle I had parked behind, he was sitting scanning the field from a rock behind the fence. I found myself an entry point and started walking towards them in the hopes that they could tell me whether they had seen it, or perhaps just point me in the direction where it was seen previously. On the way I flushed some Water Thick-Knees from the small river area and had a couple of African Black Ducks pass by, on the ground I saw some Red-Capped Larks and African Pipits.

I arrived to a friendly greeting, with the words I have heard many times this week thus far “You’re the guy who found the Green-Backed Heron, right?”, who’d have thought! I sat down beside him, only introduced as ‘John’. We talked about birding and South African sports while scanning the area for a good 30 to 50 minutes. He told me he had seen the bird the previous week but was back in an attempt to get some better photographs. We were then joined by another guy and his two kids, they were also looking for the Cuckoo. It was during a congratulations from this man to John that I realized who John was, it was John Graham – a name I had seen on the life lists on the Zest for Birds site, #3 in South Africa just behind Trevor Hardaker and the only person with 500 Western Cape listings, a milestone Trevor Hardaker is also merely 1 away from. The Great Spotted Cuckoo was John’s 500th and hence the congratulations. John and I began to discuss the whole listing thing and I quickly realized that one of greatest things about birding seems to be the acceptance, friendliness and modesty shown, especially by those with the impressive numbers – a refreshing change from most other areas of life where inflated ego seems to reign supreme. While birding is a small niche, I see no difference between a top lister and a professional sports player, both spend a lot of time and energy doing what they do and both are equally respectable and inspirational, one could argue that all one needs is obsession, but the sacrifices one usually needs to make to adapt to those obsessions in order to gain fulfillment in something that one has a strong passion for is admirable.

At 11:30 I decided to call it a day, I had been there for over 2 hours and there was still no sign of the Great Spotted Cuckoo, despite having at least 6 cars of people stop and look for it, before giving up. Another dip for me, but I guess this is some kind of twitchers karma for me spotting the Green-Backed Heron last week and all the other twitchers dipping on it. The Green-Backed Heron wasn’t seen again since the Saturday afternoon, despite regular checks by visitors to the reserve.

On the way back home I stopped at some of the farm gates and took out my Sigma 10-20mm, making the most of being in the area which has wind turbines, silos an some amazing shades of green hillsides.

Arriving back in Somerset West, the weather was a bit miserable but I decided to go have another look for the Green-Backed Heron at the Helderberg Nature Reserve… Still no sign, despite an appearance from the local Malachite Kingfisher, some Red-Faced Mousebirds huddled up in the cold and a friendly Olive Thrush.

Next it was off to the Dick Dent Bird Sanctuary at 15:00 for the monthly meet up. There were some problems earlier in the week where homeless vagrants had moved their suitcases into the bird hide but earlier today was cleaned up. I arrived at the sanctuary at 15:00 sharp and met up with John Clements and another regular, which I feel terrible about not remembering their name – I am really terrible with names! We made our way into the sanctuary when we were soon joined by another new member who was going to join us, unfortunately it was still very quiet as far as participation goes with only 4 of us there, I’m hoping that the number will increase when the temperature does.

Our first bird was a Levaillant’s Cisticola followed by a Lesser Swamp Warbler. We began talking about recent sightings and I informed them of the Black Shouldered Kite I had seen here the past two visits, which apparently is a new resident to the sanctuary. Shortly after this discussion I noted the bird on one of the trees bordering the golf course, in the same area I had seen it the past few times. We also came across a Gymnogene in the gum trees on the river side, which is always a nice sight. John was saying he had received a report about some Hottentot Teal in the sanctuary this week which got me excited, they are one of the last Western Cape duck species that I need. We combed through the area as normal with other sightings including large amounts of Cape Weavers, Southern Masked Weavers, Red Knobbed Coots and Rock Martins.

As we progressed on we came across another pair of late comers who had joined us, and shortly after they joined the group they pointed out some ducks in the reeds – after grabbing a photograph it was seen to be a Southern Pochard and suddenly the idea of Hottentot Teal switched to the likelihood of a mis-ID by the person who reported them, and the likelihood that he had in fact seen the male Southern Pochard with it’s distinctive blue bill.

At the main pond we encountered some Cape Shovelers, Alpine Swifts overhead, Malachite Kingfisher, Common Waxbills, Grey Heron, Purple Heron and various other common species. In the distance we then caught eye of the distinctive look of a raptor, after taking a shot we noted it was a Rock Kestrel, definitely not a common species for the sanctuary.

On our way back mere meters from the gate our total for the day at the sanctuary was standing at 36 species, but was quickly upped to 38 after a Dusky Flycatcher and some Cape White-Eyes were ushering us out.

It was a good day despite not finding the Cuckoo, which brings my amount of dipping in excess of the amount of successful twitches.

This week I have also been in meetings with some members of the Somerset West Bird Club commitee and I will be running the Somerset West Bird Club facebook page where I will be posting information about upcoming events, results from trips in the field and sharing birding news around the Helderberg, but the main goal is to spread the word that the club exists, and for only R110 a YEAR I recommend anyone in the Helderberg area to join and to join on the meetings or talks: http://www.facebook.com/somersetwestbirdclub