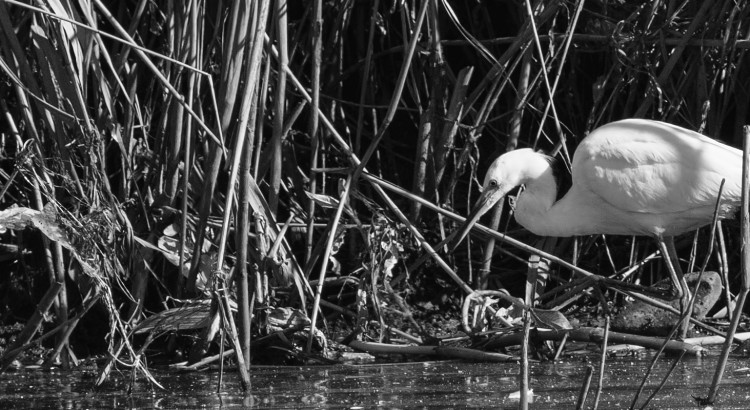 Last night (8 June) I was running through my Facebook news feed when I saw a post made to the Wider Cape Town Birders Challenge group about an unusual Egret sighting that happened along Black River, just off the M5 near Cape Town. The post, made by Dominic Rollinson didn’t garner too much attention at first, after all – there’s an argument over Egrets almost every week on Facebook with everyone seeming to hope what they saw was more than just a Little Egret. Though Dominic went into great detail as to why he thought the bird in question was a Snowy Egret and not a Little Egret, and it sure looked to tick all the boxes.

I decided to wait patiently for some more input or perhaps even verification on the species before getting too excited. Sure enough on the morning of the 9th Trevor Hardaker posted an image of the bird, after he had managed to connect with in the morning, stating: “Hmm, no doubt this bird is going to cause some excitement…!”

Shortly afterwards a SARBN alert was sent out with the co-ordinates of the bird and confirmation on the ID.

Within an hour I had alerted my coworkers to the fact that I’d be taking an early lunch and was on route. Luckily I had already planned to head down to a local reserve during lunch, so I had all my photographic equipment on hand (sans the tripod). Traffic wasn’t great but it wasn’t too bad either and I made the 42km journey within 30 minutes, staying pretty much on the speed limit the entire way. The group of twitchers was relatively easy to find as between 6 and 10 cars parked just off Barkley Road. I hopped out and behold, the Snowy Egret was feeding in clear sight along the opposite side of the Black River. Views were better from the side of the hide, but there was no quick way to get across, so I decided to stand with the majority of the others and view it from a distance — at least we had the light behind us. The bird was feeding for the entirety of the time, as it moved between the reeds and the trash that lined the water’s shores. I could go on about how beautiful and exotic the bird was but let us be honest, the Snowy Egret is essentially just a Little Egret in appearance the appeal with this bird lies not in its aesthetics but rather in its story. The Snowy Egret is rooted primarily in South America, and this young guy must have made the trip across the entire southern Atlantic ocean. 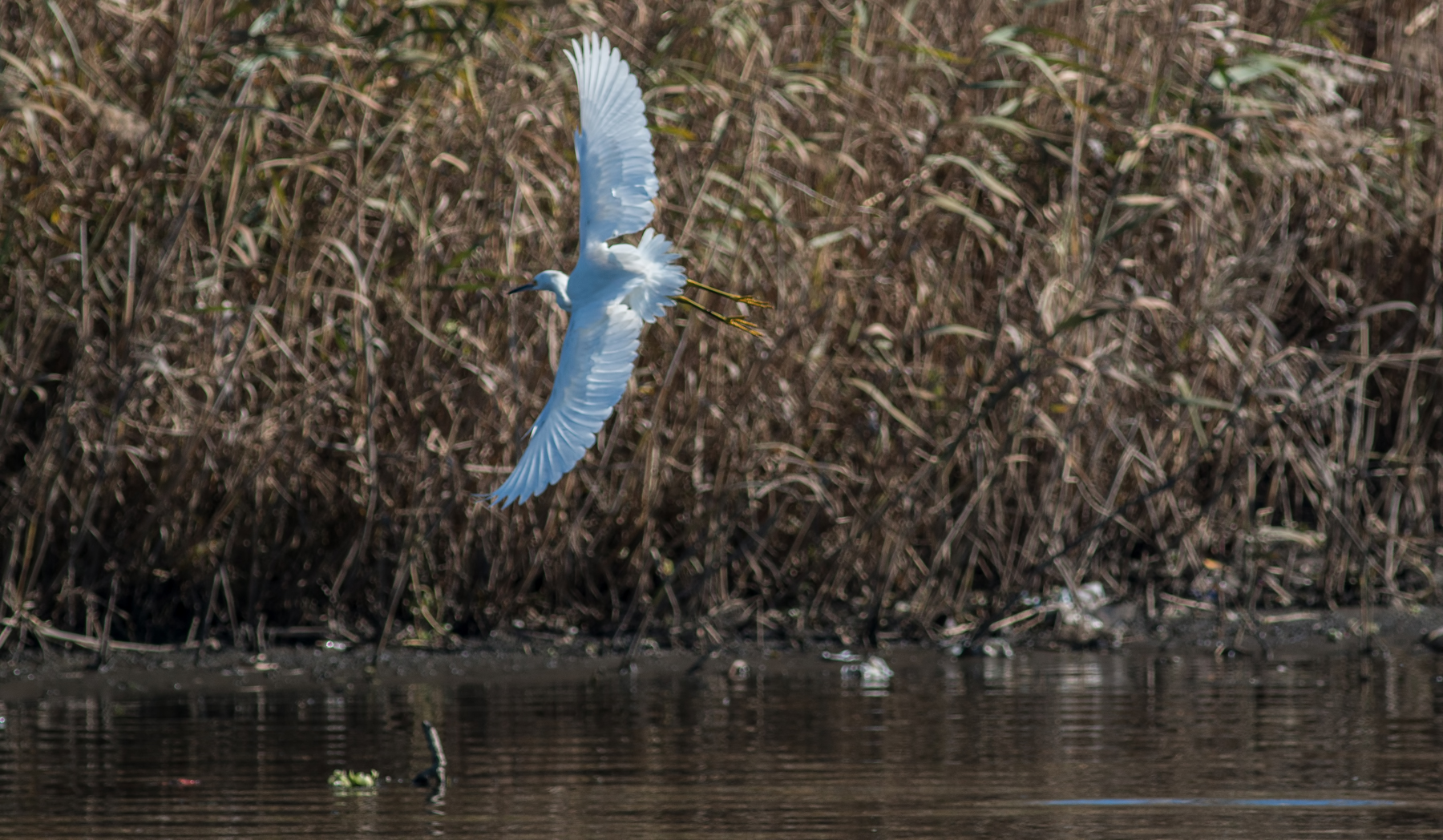 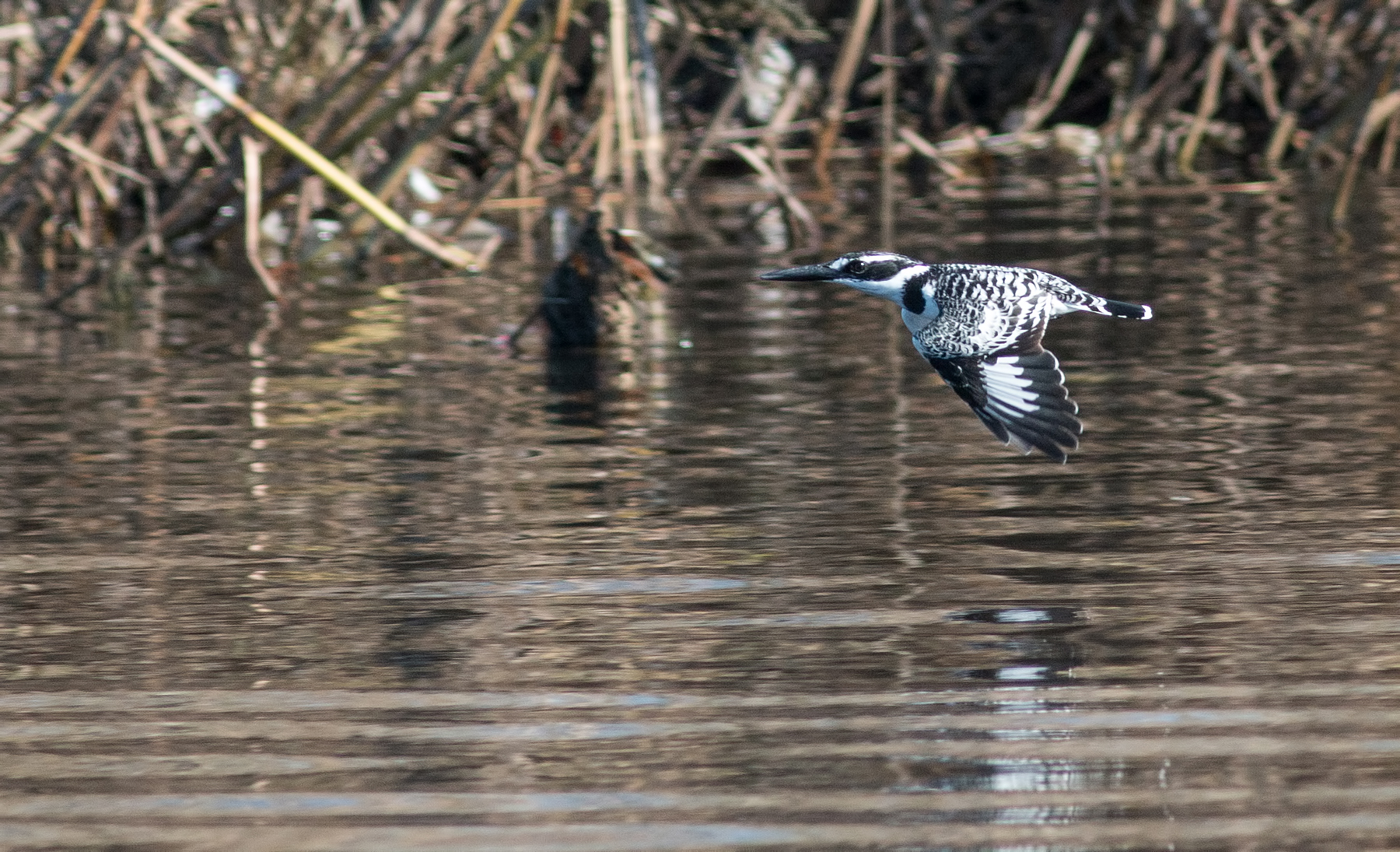 It took flight for a short period, but was just too quick for me to get my camera focus locked. It continued to show quite well for the entirety of my duration there. Apart from the main attraction there were also Pied Kingfishers, Malachite Kingfishers, Spoonbills and plenty of Greater Flamingos.

Frustratingly, the bird never came close enough to afford me any reasonable photographic opportunities, though I just wanted to ensure I had it in the bag today, should it still be present on the weekend I will certainly be heading through with some more time to be able to better what was captured today.

This is only the second Snowy Egret to have been recorded in South Africa, making it a hell of a mega to twitch. These birds are extremely similar to the much, much more common Little Egret. Another message sent out from the SARBN group said the following regarding differentiating the two birds:

“Overall, this bird appears to be slightly smaller and more compact than the Little Egrets in the vicinity and seems to show a somewhat shorter neck than the Littles. Among the most obvious features are the bright yellow lores (normally greyish to greenish in Little). This bright yellow colour also wraps up and over the top of the bill to form a complete band unlike what one expects in Little. The iris colour is perhaps also a little brighter yellow than what one would expect on a Little. The head shape appears more rounded than Little which often has a flatter forehead and crown giving it the appearance of being “longer faced”. This bird also has a shaggy hindcrown and not the elongated plumes one often finds on Littles.

The feet are bright yellow (lacking any greenish tones) and the colour also extends up the legs over the tarsi and on to the tibia. Given the extent of colour on the legs, it might imply that it is an old immature, rather than a non-breeding adult. Whatever the case, the colour on the legs is yellow too with no greenish undertones.”

Despite having attempted several lunch time twitches in the past only to dip, I finally managed to nail one – and what a bird to get too!