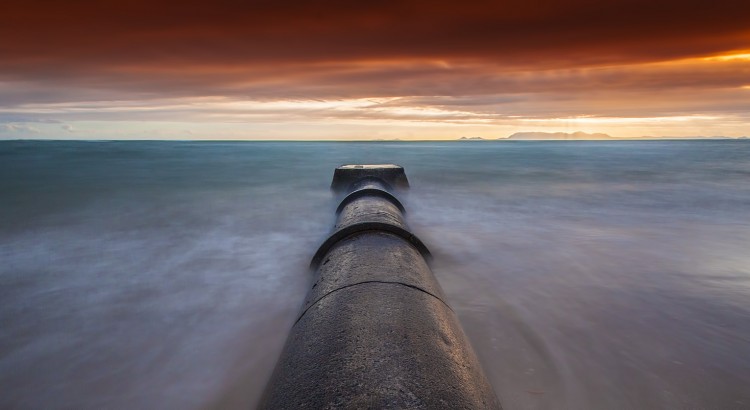 I’ve used up all my alliteration in the title, so don’t expect any fancy word usage for the rest of this blog post (I do have pictures though, lots of pictures).

This weekend was a good’un – I picked up my girlfriend Megan Davies on Friday afternoon, and after a 2.5 hour drive back in peak traffic from Vredehoek to Somerset West, we arrived. The sky was far less spectacular than we had hoped for, since we had decided we would head down to the local beach and try get some sunset shots. None the less, we decided not to be too deterred by the lack of clouds and made way to the beach just before sunset. Earlier in the week I had stumbled across an interesting area of beach near my local spot where despite looking dull during most tides, during a high tide, can actually provide some great foreground material to work with.

Images from earlier in the week: Once we arrived at the beach, it was clear that the tide was not on our side and we weren’t able to use the same subject matter as I had days prior, though did force us to explore the rock covered shoreline for some new angles. We waded through ankle-deep sea weed that was washed onto the sands, finding outcrops of rocks to use as stepping stones. After gracefully slipping, sliding and almost falling a few times – we made it to an area of rocks where there was a small pool of water, still enough to capture the essence of the setting sun and while not ideal, would serve as our base for the sunset. A familiar scene started to form shortly before the sun disappeared, with a line of cloud just above the horizon making way for a predictable burst of sun rays through the bottom of the clouds. Megan, being a portrait photography by trade, had only a lens with a minimum zoom of 24mm – no doubt limiting some of her opportunities, while also providing her with some others. A group of fisherman stood silhouetted on the rocks in the distance, a contrast to the rays of light in front of them. In the end the results, for me at least – were not as good as I was hoping for, but still got to enjoy being out and trying out first real photo mission as a couple, who both enjoy to spend their time looking at life through a viewfinder.

Firstly, I made another post about Theewaterskloof some time last year, where I visited it for the first time with Etienne Beneke. At that time I decided not to publish the title of the location, as some photographers may still consider it to be less known that some of the other locations around. But honestly, I think it’s wide enough knowledge to prevent me from writing another cryptic location post.

We woke up on the Saturday morning without any prior plans, and the weather was cold and wet. A cold front had just passed through and the rain had stopped about an hour or two earlier. I really wanted to show Megan some of the locations around this area, and while Theewaters is a bit of a drive, I figured it’d be a great place to take her and at the same time, allow myself another crack at the shots that I may have missed the previous time due to the rain (strange logic, I know – considering the weather this time).

We left the house at 09:00, stopping for some breakfast on the way. The weather was better than expected and while clouds still filled majority of the sky, the breaks were large enough to let in sufficient light and even make us a bit warm in the car. Stocked up with Slushies, Energades, Muffins and Chicken Mayo rolls from an on-route BP garage, we moved onwards, along the mountainous roads that lead from Grabouw to our destination.

On route we encountered some light drizzle, which made me wonder what conditions at the destination point would be like, but after about 30 minutes of driving we arrived and while the clouds were heavy, we only encountered minor episodes of drizzle and the wind was definitely far better than my previous visit, allowing for better use of reflections on the water – though still required an ND filter to remove the winds ripples from the water. We parked on the side of a gravel road and made our way down onto the open vlei, the water level was decent – would have preferred a few centimeters more water, but all in all it gave us some nice opportunities to get some angles on the dead trees that scatter the shoreline. After shooting this spot for about 20 minutes, we decided it was time to go see what else we could find – moving to the other side of the dam, to the location that I had shot on my previous visit. There were one or two new shots that I had missed the previous time and thanks to some dynamic objects, some new foreground opportunities had arisen. Walking down towards the water, we also came across hundreds of Martins that were perched on the trees and dipping down across the water, feeding. After leaving this location, we would begin our trek home. I decided to go for the Franschhoek Pass route. It was quite a bit longer than going back the way that we had come, but it was a pass that I had yet to drive and was interested to see what it was like. There was that, and the fact that the drive is far more scenic than the one back along the N2 towards Somerset West. We stopped at a couple of locations on the pass the first was a random gravel patch along side the road by some chevrons, while the second was a lookout point that had a fantastic view of the whole Franschhoek town. The drive back was longer than expected, and Franschhoek isn’t that small for a town that is comprised almost primarily of tourists or cyclists.

After our day’s adventures of frolicking in nature, we would later head to the biannual Metal4Africa show that takes place at Klein Libertas Theatre.

Usually I head through early and stay until the end of the show, making an effort to photograph all the bands taking part, but this year I decided to be a big of a slacker. I was far too tired and drained to be shooting bands all night, but still wanted to grab something while I was there so I took my camera with and managed to get some images of a few of the bands. By 8:30pm both Megan and I were exhausted, I imagine I was a bit more so due to all the driving done earlier in the day, but we decided to call it a night and turned in after that for some much needed relaxation. It was however good to see some friends again at the show and see/hear what people are putting out there these days, music wise. Honestly, I was really surprised by the quality of the lighting which was better than previous events – hopefully in the future when I will be shooting another whole event they have the same stage light setup that allows for much more opportunities behind a prosumer camera body.

Overall it was a great weekend and one I am extremely grateful to have been able to share with someone awesome. And I hope that this is the start of an active blogging period again, where I am actually going out there and shooting stuff to post.