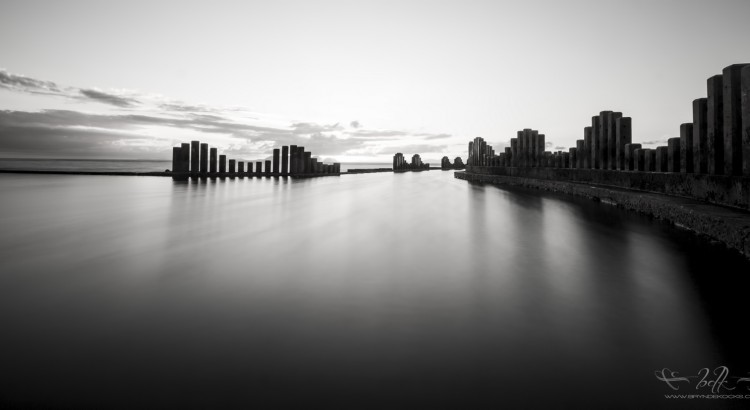 The original Hoya ND400 9-stop review article below was released in 2013, just weeks after I had purchased the filter. Since then I have shot thousands of landscape and seascape photographs using this filter, some of which I have sold as canvas prints and others been published in magazines. 3 years later and I am still using the Hoya ND400 on my camera, though I am now using it on a Canon 70D body.

For the most part, my original article summary stands and remains true, however I’d like to provide a better summary based off my now 3 years experience with the filter. Though it is worth noting that this item has been removed from many sites and could be a little harder to pick up than it was 4 years ago, though it is still available on some sales sites such as amazon.

I’ve been using the 77mm Hoya ND400 9-stop filter in conjunction with a Sigma 10-20mm wide angle lens, and the Canon 70D body. My experience with this combination has been great, for the price of the Hoya ND400 you really can’t go wrong if you’re looking for something to reduce a lot of light. I have noticed very little to no colour casting on my images when using this filter. Reduction of image quality is minimal.

Despite the low cost, the build quality of the Hoya ND400 is nothing short of excellent. I have used quite a few ND filters over the years and the Hoya can take a pounding. The filter is well coated and has survived numerous salty situations without any issues. Even through my arguable neglect, it has done well in remaining in good quality. The thread screws on easy and the filter has a nice weight to it as well.

The performance may not be identical to that found in your Lee, Singh-Ray or B+W but it is far closer than you’d expect for the price point. The Hoya ND400 will give you high quality performance at an affordable price, and for the past 4 years has served me well and become my favourite filter to turn to in cases of seascape photography. What is an ND Filter

For those unaware of what an ND filter (neutral density filter) is, basically you can think of it as sunglasses for your camera. Depending on the strength of the ND filter, less light will be let into your camera’s sensor. You may wonder what purpose there could be for wanting to have a lower shutter speed, most people want a quicker camera, not a slower one. But in landscape photography there is a wealth of potential with long exposure. Basically you get several types of neutral density filters, you get an ND Grad filter, this is a filter with graduated tinting, darker at the top and lighter at the bottom. A graduated neutral density filter would be used typically for sunsets or shots where the photographer wanted the foreground light and visible, but a dramatic lower exposure visible on the sky. A ‘low stop’ ND filter, something like a 3-stop ND would cut out light for a total light reduction the equivalent of 3-stops, meaning if you were shooting at 1/125 prior to the filter, after adding the filter – for the same amount of light as before you would need to push the shutter speed down to 1/15 second.

These ND filters come in a variety of reductions, but for the sake of this article I will discuss the 9-Stop filters. There are a few strong filters out there, 9 and 10-stop – these filters reduce light by a total of 9-stops. This means that if you are shooting with a shutter speed of 1/250 (A common shutter speed in typical sunset light at around F9 – F11, after adding a 9-stop neutral density filter you will have to use a shutter speed of 2 seconds for the same amount of light to enter your camera. The stronger ND filters will typically be used to create soft water that looks like silk, and to make the most out of beach scenes where water will lap around objects. 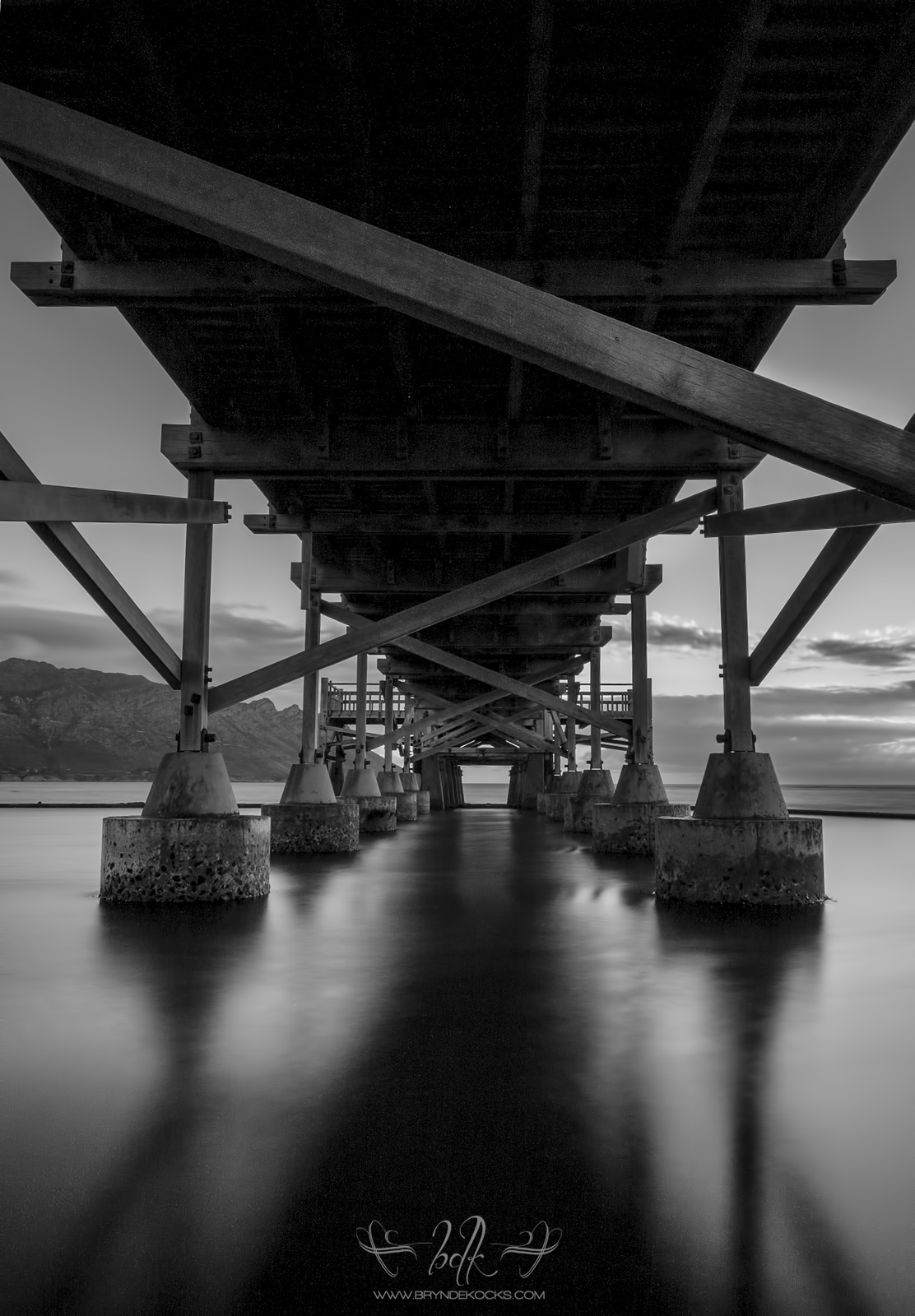 ND filters come in two formats usually, a slide which is placed in front of the camera after being slid into a holding device, and then the type that screws on to the lens itself. Everyone has their own preferences as to which type they prefer, but the cheaper filters will typically be screw ins, and I am frankly quite happy with that.

Stacking is a commonly used procedure too, where one may stack for example a 9-Stop and a 3-Stop ND filter on the camera to effectively create a 12-Stop reduction. Or use an ND filter in conjunction with an ND grad filter.

Considering this was my first ND filter purchase I went ahead and bought one of the cheaper 9-stop filters, the Hoya ND400. This filter, while being cheap, is also extremely popular. A search on any image sharing website should reveal a plethora of images taken using this filter.

Out the box the filter looked as I would expect, it came in a plastic cover much like the Hoya UV filters come in. And in room light it was completely black and impossible to look through with the naked eye. The build quality felt good, as to be expected from a Hoya product. They may be a cheap brand for the most part, but I’ve always found that their hardware felt strong and sturdy.

I had bought the 77mm thread, as I would be fitting the filter to my primary landscape lens – the Sigma 10-20mm.

At the time of purchase, I paid the equivalent of $45 for the filter, which is cheap here in South Africa. This price point put it at less than a third the cost of a similar filter from the more higher end competitors.

I was using a Canon 50D for this shoot, along with the Sigma 10-20mm F4-5.6. I was also using one of the cheaper Manfrotto tripod, along with using a 2 second timer on the camera to avoid any camera shake when clicking the button for the long exposures. I set my F-stop generally around F14 to F16, high enough to create the maximum exposure times, while not stopping down too far as to create diffraction. I set the focus to infinity, as when you use a 9-stop neutral density filter such as the Hoya ND400, you’re going to lose the ability to AF, and your viewfinder is going to appear black. I found though that I was easily able to use my camera’s ‘Live View’ feature to see through the LCD with the filter on and compose the photographs that way.

The Location and Shoot

Well, I don’t actually want to talk too much about the location. It’s a relatively unknown spot, but offers some amazing compositions and is truly one of my favourite places to shoot. There is another local area here called ‘The Fence’, which has been shot to death by photographers from all over the province, I really don’t want this to turn into another ‘fence’.

My girlfriend joined me for the shoot and we headed through just before sunset. I positioned myself up and began taking the first few test shots, getting used to what was needed to be done with the ND filter. If you’re used to taking photographs, especially landscape photographs – you may be like me and already know which light is going to require which settings. So I was lucky in that I didn’t have to fiddle around too much finding the right combination of shutter speed and aperture. The first images already had me extremely happy – I continued shooting. I darted around all ends of the place, trying to find new thing to shoot and looking for new compositions – they were endless. 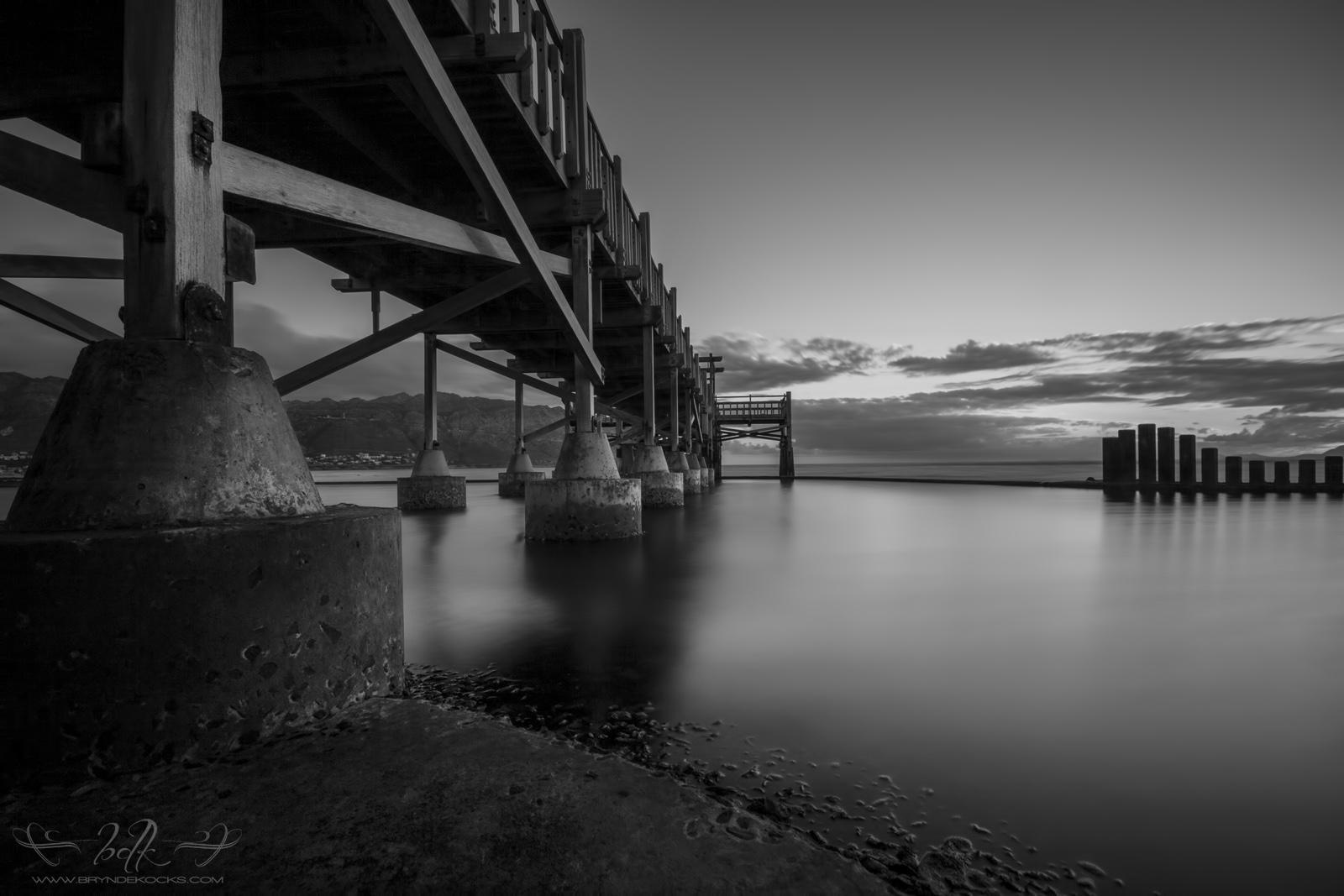 When I got home and loaded my images up in photoshop I was first impressed by how well the Hoya ND400 filter managed to keep the colour tones, they were pretty much the same as seen in person. One problem people tend to have a lot with ND filters is the tendency for a colour-cast over the image, with images either being too warm or too cold, but the Hoya ND400 did well.

I will admit that there is some vignetting present when I was shooting at 10mm, but I had come to expect some type of vignetting when shooting so wide. It’s nothing too unbearable and for R700, I really can’t complain.

The sharpness seemed unaffected by the filter and things were still sharp as they are without the filter at the aperture I was shooting at.

I was able to achieve shutter speeds of 30 seconds at sunset with the aperture still not stopped down too much.