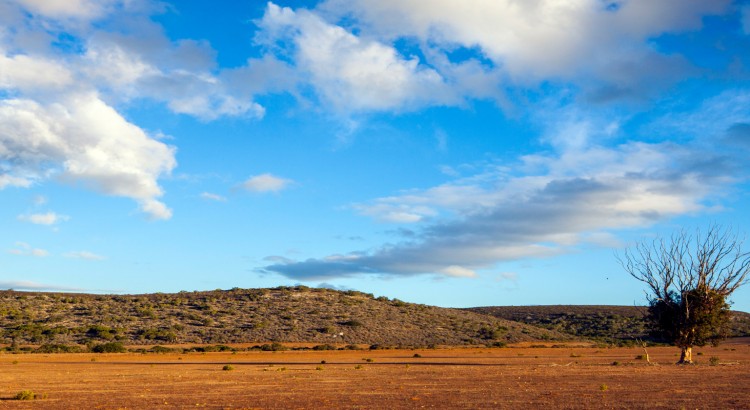 It’s been exactly two years since my last visit to De Hoop Nature Reserve, until this weekend that is. On Friday evening, Megan and myself discussed what we would be doing the next day and I asked her which of the Western Cape bird species she’d most like to see in person. Her response was the Cape Vulture, a species that was at the top of my wish list when I started birding. This of course meant that our closest reliable target location, would be De Hoop Nature Reserve, located about 200 kilometers east of my home in Somerset West. It didn’t take long before we had decided we would make the 5 hour drive (2.5 hours each way) and head out to find some Cape Vultures. My previous visit to the park was short, less than an hour – and I hadn’t really navigated around the park much, so I was keen to return and hopefully explore a bit more.

We woke up at about 06:30 and left the house at 07:15. We began our journey, driving past Grabouw and heading towards Caledon, battling the early morning sun in our eyes, though thankfully some cloud cover meant that this wasn’t constant. We stopped off as the sun was rising over the hills, as I wanted to snap some early landscape shots of the Overberg farmlands. We got out the car and I began shooting a few shots, Megan was slow to follow and as I looked back I saw her looking in the back of her camera. “Don’t tell me you forgot your battery?”, “Yup…”

Megan had suffered the photographer’s inevitable, yet always frustrating forgetting of the battery (or memory card) that plagues every photographer at some point in his life. There was no way we could continue on with only me having my camera with, so we got in the car and made the 45 minute journey back to Somerset West, on the way we stopped along side the road near Steenbras dam, a place I’ve wanted to shoot for a while- conditions could have been better, but they could have been far worse too. At 8:45, it was time for round 2, this time with battery fulled charged and in the camera. Back on the Road

Before too long we were back where we had turned around, though instead of the burning sunlight we were dealing with light rain. The forecasts for the day were very positive with 23’C forecast, with no rain on the cards and clouds clearing up later in the morning. Shortly after passing through Caledon, we got our first interesting bird sighting of the day. We caught glimpse of a large raptor flying into some gum trees, though didn’t get a good look apart from a very large pair of wings. The wing size along with the gum trees made me almost certain that it was an African Harrier Hawk, however it wasn’t enough to get a tick for Megan on that alone. We waited for about 20 minutes, alongside the road as the bird called continuously, unlike I’ve ever heard from a raptor. We waited and waited until eventually Megan caught sight of something in the distance, suddenly a beautiful adult African Harrier Hawk emerged and flew over the road in front of us. But the calls had continued from the gums, so we turned out eyes in that direction, as the sounds grew closer. Next out of the gums was a young individual, who joined their parent in flight as they circled the open fields in the distance looking for some prey.

On route Megan’s life list grew considerably as we passed the usual suspects – Jackal Buzzards, Rock Kestrels, Black Shouldered Kites, Pied Starlings etc. We managed to get a few good views of raptors along the road side, slowing down our transit a bit – but well worth it, even if the weather was occasionally not playing along and causing us to require ISO 800. While we were still at least 100 kilometers from our destination, the sky was not looking good as the horizon was obscured by a curtain of rain. I kept hoping that we’d not have spent hours driving in order to arrive at a rained out De Hoop. Megan got her first sights of the Cape Crow, which populated many of the fields and road side posts along the route. Blue Cranes were plentiful and for once, allowed us to get close enough for some decent photographs.

It wasn’t too long before we were passing through Bredasdorp, a small town located just outside of the entrance to the De Hoop Nature Reserve. The last time I had been to Bredasdorp was the Marabou Stork twitch with Trevor Hardaker and his wife Margaret.

The Final Stretch – A Road of Hell

The time was now around 11:00 and we had made it to our destination, kind of…

We were at De Hoop Nature Reserve, but still far from our destination of Potberg, within the reserve. Potberg is near the eastern part of the reserve and is where the Cape Vultures nest, and naturally due to that being our best bet for seeing them, it was our primary destination point. There was however one thing I had forgotten. I had forgotten just how tretcherous the gravel road within De Hoop Nature Reserve is. For those lucky enough to find themselves with 4×4 vehicles, or even large bakkies – it’s not much to worry about. However, for us, in an Opel Corsa – the drive was anything but pleasant. The distance from the start of the uneven, rock-filled, gravel road to Potberg is about 50 kilometers, about 90 minutes drive.

We were scanning the fence poles hoping for the Aghulus Lark, though had no luck. Our best sightings were in fact the beautiful “farmlandscapes” that surrounded us on the drive. We managed to get views of other common species such as Capped Wheatear, Red-Winged Starlings and Yellow Canaries. The skies were surprisingly clear, which was great. There was still some cloud cover around, but there was no sign of rain upon our arrival.

I imagine that the concept of hell is in very fact merely the De Hoop gravel road, that spans for eternity – and you have no camera with you. After about 45 minutes on the road of death, we got our first sightings of the Cape Vultures! Far into the distance, circling over the dunes near the coast. These views meant it was at least a certain tick for Megan, but both her and myself wanted better views – so we continued on to Potberg. On route, Megan managed to get her first sighting of a Yellow Mongoose, it was a quick view as it dashed across the road. However a more obliging individual stared at us from the road side as we drove past, a few hundred meters further down the road.

Arriving at Potberg, we parked and got out – turning our eyes to the skies above and the ground below. There were a number of common birds around the parking lot with Forked-Tailed Drongos, Cape Bulbuls, Cape Sugarbirds, Common Fiscals and some more Sparrows. We walked around for a bit, as the Cape Vultures began to become more active above us. There is a trail that leads up the mountain which makes it a lot easier to get good views of the birds, however neither of us were keen for a 6 kilometer climb. Instead we just watched as about 15 Cape Vultures passed over us, moving into the fields below. We never got great views, but they were close enough to feel a sense of success at our target being achieved. Exploring The Rest of De Hoop

Our petrol guage was still looking good, so we decided to go look around and what else the park had to offer. Personally, I had only ever been to any other part of the reserve than Potberg, so I was excited to see what other landscapes the reserve held. We continued back along the road of death, and turned left down towards the ocean, towards Die Mond. The road got no better in the immediate future, with another 20 to 30 kilometers of harsh gravel road. We ended up coming to a gate, which was presumably the main gate into the reserve itself. An entry fee of R40 per an adult was paid, and we enjoyed the 2 kilometers of tarred road we got, before it lead again to a sea of gravel.

Continuing south, we passed a large burn area which seemed to be somewhat recent and covered a good 5 kilometers or more. We followed the road straight, and it lead us to a lookout point which overlooked an area of water with some water birds in it. We managed to see African Spoonbill, African Darters, Little Grebes, Reed Cormorants, Cape Shoveler and Grey Headed Gulls to name a few. We also got some great views of a Bokmakierie who was perched up alongside the road.

Further along we were let through another gate, into a secured area which seemed to be the perimeter of the reserve. We stopped alongside the road and took a look around, walking down to the waterside where Megan enjoyed the numerous animal bones that lay scattered along the shoreline. I swapped my 400mm F5.6 for my 10-20mm and took some landscape images under the moody sky. We spent about 45 minutes at this location, before heading back onto the gravel and heading towards Koppie Alleen. We eventually arrived at Koppie Alleen, where we were greeted by a beautiful Southern Boubou who was quite inquisitive and came up towards us as we got out of the car. We then headed down to the beach area and was greeted by some absolutely insane landscape views. My adrenalin rose as I scampered across the rocks and sand, looking for new compositions. The water was rough and the tide high, as I found myself having to grab my tripod and run back a few times to avoid getting wrecked by the ocean.

By the time we were done at Koppie Alleen, it was 16:30 and we decided we would start making our way back home, but not before encountering a Pale Chanting Goshawk perched alongside the road in the dimming light. Megan took the wheel for this part and gave me some respite from the road. There were a couple of locations we had noted on our way in that we would want to stop at on our way back for landscape opportunities. I had seen a lone tree on route and knew that I needed to get closer, which we managed to do. Despite the day almost being over, the sky wasn’t done with us yet and as we were exiting the reserve the moon rose over the farmlands, and the sky began to turn orange. As we progressed on our journey home, the sky kept getting better and closed the day brilliantly with a range of hues – possibly being affected by the ash from the Chilean volcano last week.