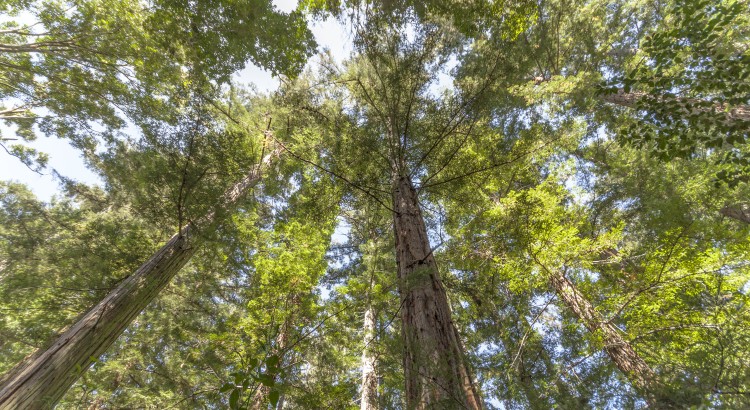 The second day of our camping trip saw me waking up just before sunrise, the temperatures were surprisingly comfortable during the night, but the fresh morning air required some extra padding before heading out with the camera.

The clouds from the day before had disappeared and although the sun was still hidden behind the mountain range, one could sense that it was going to be a great day.

I decided to take a walk, as Andrew generally only emerges from bed when the sun is about to set. I followed the perimeter fence until I reached a cross section, there I decided to wait for the sun to rise and watched as dozens of White Necked Ravens flew overhead. Apart from a few Bokmakieries calling, a Black Shouldered Kite, an African Stonechat and a few other birds skulking in the bushes, things were rather quiet.

As the sun rose, the temperature began to rise and I decided to head back to the tents. On route back, I came across a beautiful Garden Orb-Web Spider which I spent some time photographing with my Canon 50mm F1.8, with cheap macro extender tubes attached.

Back at the tent, Andrew was surprisingly already up and making himself tea and wit the time just past 8, we still had time to cook a breakfast of fried tomato and onion and egg, before having to hit the road.

When we eventually got on the road, we were making pretty good time and it seemed we would make it to Honeywood Farm in Grootvadersbosch near Swellendam at around 14:30. Originally our plan was to drive through Touws Rivier area and head around the top of the pass and then south, but the GPS kept suggesting the route through Worcester, Robertson etc – so we opted for the shorter route.

As we got through Ceres and headed towards Worcester the wind really started howling, and we spent about 40 minutes driving next to acrobatic trees. But luckily as we got near Swellendam the wind died down completely and we arrived at Grootvadersbosch to calm and walk conditions, with only a slight breeze.

On route, I was still keeping my eyes keenly peeled for any signs of our Pale Chanting Goshawk, which is often seen near the Worcester area. We were probably about 10 kilometers outside of Robertson, and I was just about to give up, when suddenly on a telephone pole sat the unmistakable visual of a PCG. “Stop stop! Pale Chanting Goshawk!” I hopped out of the car, wind nearly blowing me over and snapped a few record shots as the bird flew to a nearby bush. Finally! My main target was achieved and I could rest a bit easier knowing that I had it in the bag. It was then back to the road and onwards to Grootvadersbosch.

This was the second time I have visited Grootvadersbosch and the Honeywood Farm. Last year in May I took a trip with my then girlfriend and stayed in one of the cottages on the farm. Honeywood offer some really good accommodation options at very good prices – I can definitely recommend their cottages.

This time however, Andrew and I would be using the farm’s camping site. We arrived and met up with John, the owner of the farm and discussed getting to the site. Originally we thought we could drive down ourselves, despite the low profile of the car. John offered to give us a lift down in his 4-wheel drive instead and opting for the safest option we accepted the offer; thank god we did! The road down to the campsites are fine for a 4-wheel drive, but I think even the average sedan would struggle. After a 5 minute bumpy ride down, we got to the campsite.

The campsite itself was great, with a small river separating the two camping areas. Unfortunately the side with shade was already taken and would have definitely been preferable to have some present.

Never the less, we set up camp and soon came to realize that without a car, we were a little bit trapped down there. The entrance to the reserve was up near the main house and it is definitely quite a walk from the campsite up to the house. In turn we ended up spending the rest of the day down by the campsite and doing a bit of walking around. The bird life was almost non-existent though and we only managed to see a few common species, before returning to the tents.

On our return we got to view numerous Black Saw-Wing Swallows skimming the still waters of the river by our tents. With them was a single Brown-Throated Martin, some Barn Swallows and some Greater Striped Swallows. While sitting at the camp site Andrew pointed out a bird sitting in a tree by the river, and after taking a look through my viewfinder I was thrilled to see a Brown-Hooded Kingfisher, a new lifer for me.

Just before sunset we decided we would take a walk up one of the hills we found ourselves buried between and try and get some cellphone reception, since we’re both internet addicts and all that. We managed to get a few bars and a 1G connection, but it was incredibly unstable and opted to enjoy the view from our perch instead.

That evening was spent much like the previous, sitting around the fire and trying to get some more Milky Way photographs. There was a weak cold front passing by and before long we had a blanket blocking out the stars. We were both completely owned from the drive and ended up crashing at about 9pm, both hoping that the rain stayed away.

After about 30 minutes on my air mattress I found myself laying on the tent floor, as it had suffered a puncture or two – it was not the most comfortable night of my life.

I was awake first again and once again, also before sunrise. Our location down in the valley meant that the sun would only crack through the hills and immerse us in light long before the surrounding areas. As soon as the light had broken on the hills surrounding the campsite I went to do some birding.

This day was definitely better for bird life than the previous and the morning was a-buzz with calls and quick fluttering between the small bushes. The best sighting of the morning was definitely a new lifer in the forms of a Greater Honeyguide which was feeding off the road and wasn’t shy to let me get fairly close to it. I was also presented with some good photographic opportunities of the Brown-Hooded Kingfisher, who was now perched on a branch near the gulley that ran adjacent to the campsite.

I returned to the campsite and waited for a while until Andrew woke up. After breakfast Andrew decided that he wanted to get our lift so that we could move back up to higher ground. The only problem being that the temperature was already rising and it was quite a walk back to the farm house. After much whining on my part, we eventually set off and about half way up another visitor from one of the cottages came up the road in their 4×4. Andrew asked them whether we could grab a lift, and they kindly agreed. Their bakkie was full, so we had to hang on to the back, but it sure beat walking!

After waiting for a couple of hours in the comfort of an air-conditioned car with internet access, we got our lift down and packed up our stuff and it was then off to the Grootvadersbosch forest. My target here was the Narina Trogon (again), as I failed to locate it the year previous.

The walk was a bit more tiring than I remember it being, but also more beautiful. We spent some time in the elevated hide, that is more like a tree house – but as with my last visit the forest was fairly quiet. In fact very quiet this time. Forest birding is best done in the Spring and I always find myself visiting in early Autumn.

We got back to the car, feeling near death but looking forward to the tarred road. As much as I love camping and traveling I get home sick very quickly and the idea of heading back was one met with mixed feelings.

The drive back saw us get views of a Lanner Falcon flying low next to us on the highway, but like a fool I still had my ISO set to 1600 from the forest and my images were less than ideal.

Our drive back was going great until we reached Sir Lowry’s Pass and soon remembered that it’s the end of a long weekend! We spent over an hour between Sir Lowry’s and the entrance to Somerset West, at least a beautiful sunset made it easier; actually no it didn’t, it made me want to be out shooting it.

Overall it was an excellent camping trip, with some good new lifers to add to my list, good company and a new appreciation for tarred roads.