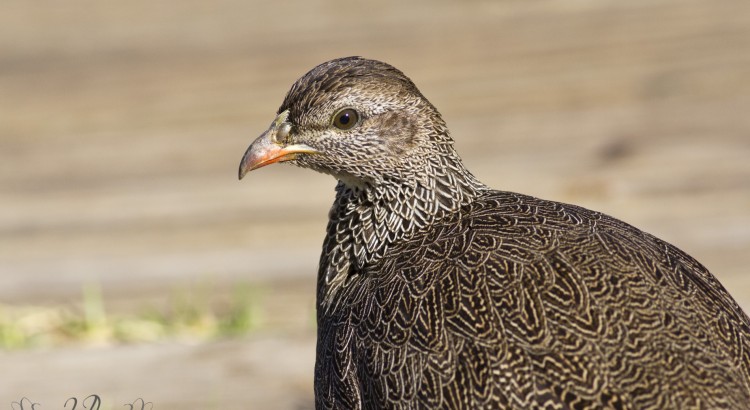 Well, it’s been a while since my last birding blog update, but at no fault of my own… Winter has been baring down on Cape Town in full force over the past few weeks, in fact this weekend will be the third straight weekend of rain, and while others have been making the most of the dull weather by doing some frogging, I’ve been sitting and waiting for a day of sunshine. Today happened to be that day, a single days break between the cold fronts where clear skies were on the menu, and due to having some paper work I had to complete for an insurance claim which I was waiting on, I decided to take half the day off and put in for some leave. Knowing I could be waiting for a while before the documents were sent I decided to make the most of the sunshine and head to the local nature reserve.

I arrived at the Helderberg Nature Reserve at around 12:30 to extremely strong, cold, westerly winds which immediately put a damper on my spirits as it appeared no birds were willing to brace the winds with me. After a while I came across a single Karoo Prinia which was on his way into some thick brush to escape the winds, a Robin Chat and some Cape Spurfowl were seen shortly after, but the skies above were quiet apart from the odd Pied Crow, and the weavers were likely all nestled up in their nests, and I don’t blame them – the 2’C temperatures that were present this morning were still lingering in the breeze with the temperature around 16’C.

A part of me wanted to give up and head back home, but I kept reminding myself of just how rare sunshine has been over the past few weeks and to make the most of the opportunity. I circled around the pond and headed for the area near the beginning of the trails, the area where Sunbirds and Sugarbirds are normally in abundance. I was surprised to hear the sunbirds calling when I got near though, as they seemed like the only birds willing to soldier on through the wind, yet they were the smallest. Quite a few Orange Breasted Sunbirds were seen first, followed by the occasional Southern Lesser Collared Sunbird added to the mix, a few Malachite Sunbirds and Cape Sugarbirds also made their presence felt. A large tree seemed to be shelter for a number of different birds with Common Waxbills, Cape Bulbuls and Cape White-eyes all rustling inside.I heard the distinct call of a Sombre Greenbul coming from the thick brush alongside the river but was unable to locate it, on the way I did come across one of many Forked Tailed Drongos that I came across, perched on a low tree near the path, but the skies were still very quiet.

The wind was definitely starting to get calmer though, so I headed back down towards the ‘museum’ as I also wanted to go and renew my reserve membership. On the way there I caught a glimpse of a Bokmakierie a the top of one of the hills near the parking lot, a bird that I have always failed to photograph even moderately decently, today I managed to get that ‘moderately decent’ shot as the bird perched itself on a bench. While I was up there I decided to scan the skies some more, and suddenly something caught my eye, at first it looked like a Pied Crow but was too large… It passed near by and revealed itself as a White-Necked Raven, not that special as far as rarity goes but they are only seen at the reserve occasionally, this being my fourth sighting of them here.

After getting some shots of the Raven I headed to the center where I got my new membership and was quickly back out looking for more birds. About 2 hours had passed at this point and things were still relatively quiet… I headed down to the picnic area where I came across some Swee Waxbills, more Forked Tailed Drongos and a young African Dusky Flycatcher.

While walking back to my car I noticed some aerial feeders flying over the forest and noticed they appeared quite large, it wasn’t long before I realized they were likely Alpine Swifts, a species that I had seen but never managed to get a decent photograph of, and they were being very thoughtful today as they dip below the height of the trees and allowed me to get some decent shots. I followed them as they moved north, but while following them my mission objective quickly changed, out of the bushes next to me flew a Rock Kestral – quickly gaining altitude and moving away, but not before I managed to grab a few quick shots of him. I lingered around for a while longer hoping that he would re-appear and 15 minutes later I saw him in the distance heading in my general direction, I quickly flicked my camera to my face and began shooting as he approached the forest about 30 meters away. It was only after putting the photographs on my computer that I noticed the reason he was back was that he had got quite an impressive catch and was likely looking for somewhere to eat it in peace.

While a Rock Kestral is a common raptor and many birders may shrug it off, it’s only the second one I’ve encountered and the first one I’ve been able to take photographs of where it wasn’t just the back of it’s wings. From the moment I took the photographs I had a giant grin on my face, many birders get an adrenalin rush from ticking off a rare species, others from the chase itself and I probably get it in both and much more, the mere fact that I managed to come across a species I hadn’t seen in the reserve before and able to get a better photograph of a species than I had gotten before feels like a huge accomplishment and makes the day very successful to me personally.

The weather is likely to hamper any birding attempts in the very near future but I am certainly glad that I took the half day and headed out into the field, I am just hoping that this will act as my ‘fix’ and not just make it even worse when the skies are covered in clouds. Here is to hoping for some more sunshine! Summer can’t come soon enough!

One thought to “Ravens and Kestrels and Swifts – Oh My”