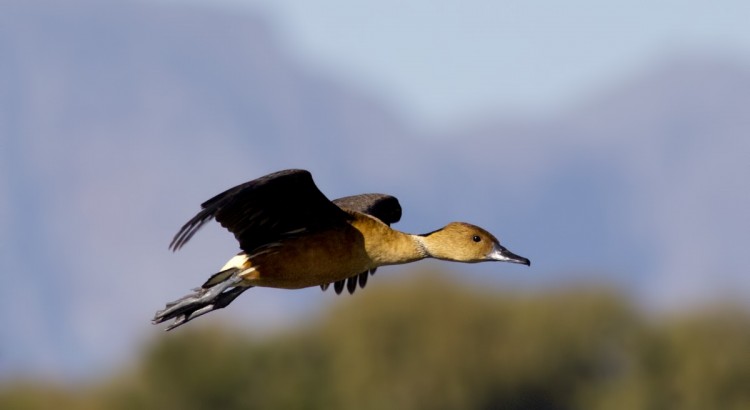 Earlier this week I decided that on Sunday (10 June 2012) I would make a plan to head to the Paarl Bird Sanctuary should the weather co-operate. Lucky enough, the large cold front which brought snow to the mountains around the Western and Eastern Cape and even as far as Gauteng had passed and the sun was showing again. With that said, early morning temperatures were extremely low in the wake of the cold front and recordings at around 6am were near 5’C.

Because of the cold I decided I would head out at 10am as opposed to the usual 8am. I left Somerset West at around 10:10 and it was a short time until I was on the straight journey through Stellenbosch and to Paarl. The drive from Somerset West to Paarl is great, passing through the winelands and various farms on the outskirts of Stellenbosch. A 45 minute drive meant that I arrived at the sanctuary around 11:00. I signed in and immediately headed to the two large ponds prior to the gate entrance, I have been to the Paarl Bird Sanctuary twice before and both times I was completely oblivious to these two large dams before the gate, and now I realize why the Fulvous and White Faced Ducks have eluded me… until now.

I stopped at the first pan and scanned around, mostly there were Grey Headed Gulls, Cape Teal, Little Grebes and the usual. I headed further along to the furthest corner of the first pan, originally my attention was on the group of Martins who were busy diving off the concrete sides of some small water containers. After a while they were joined by a Malachite Kingfisher who was also keen to see what he could find, while a pair of Cape Wagtails watched.

Moving around to the path that separates the two pans I saw a duck in flight, I recognized the light brown features and started to take some shots as it came past me to land in the corner of the first pan. Once it had settled I was easily able to confirm that I had finally found a Fulvous Duck, a species that has eluded me for the past few weeks. Only a few meters further, along the path that separates the pans I saw another target I had for the day, a large group of White Faced Ducks. While taking photos of this personal lifer, I spotted something next to them that is by no means a difficult species to come by, but I had yet to record one – a few Water Thick-Knees.

More scanning around these two pans revealed an African Swamphen, Cape Shovelers and some Blackwinged Stilts.

I then moved on through the gate of the sanctuary, stopping at the first pond on the right and doing some scanning, there was nothing of interest apart from a Juvenile Grey Heron that was perched on the far side tree next to the road.

The next pan was mainly quiet with some African Darters and Little Grebes, there were a couple of Lesser Swamp Warblers in the reeds alongside the road.

My other target for the day was an African Jacana that is occasionally seen at the sanctuary, though the far side pond is quite a distance and difficult to scan, nevermind get decent shots of anything. I noticed a path that left behind the pond, in a more off-road type environment, I decided to brave it with my little VW Golf MK3 and followed the route to the right, and occasionally regretted my decision, at one point I had to cross a small river which then lead up an embankment. I got through the water and over the embankment, and as I regained my visibility of the flat land I noticed a raptor in the distance headed in my general direction. I immediately stopped the car and got out with my camera as the bird perched in a nearby tree. I looked back and saw a large amount of steam/smoke coming out of my bonnet, I wasn’t sure if it was overheating as it’s been a common problem of mine or whether getting up that embankment may have caused some damage, after opening the bonnet it appeared though as though it was only the water of the river that was splashed up against my hot radiator.

At this point I realized that I was no where near the pan and was actually on an open field that lead to the housing on the outskirts of the sanctuary. I decided to head back to the ponds and made my final route, though nothing of interest was revealed. The Great Cormorants and Egyptian Geese seemed to be the primary residents of the other pans today.

It was then back to the open road and back to Somerset West. On the drive home I passed another pair of Jackal Buzzards spinning around each other mid-air over the farm lands. Another raptor sighting of a Black Shouldered Kite followed a few kilometers later.

So I have eventually managed to tick the White Faced and Fulvous Duck with the Water Thick-Knee being a bonus. I’ve always known that the birding gets more difficult as your numbers increase, but it’s starting to become noticeable, and I’m still at low numbers. It’s going to take some further travelling around the Western Cape in the near future to start to get some of those other ticks. Though I look forward to milking what we have here in the mean time.