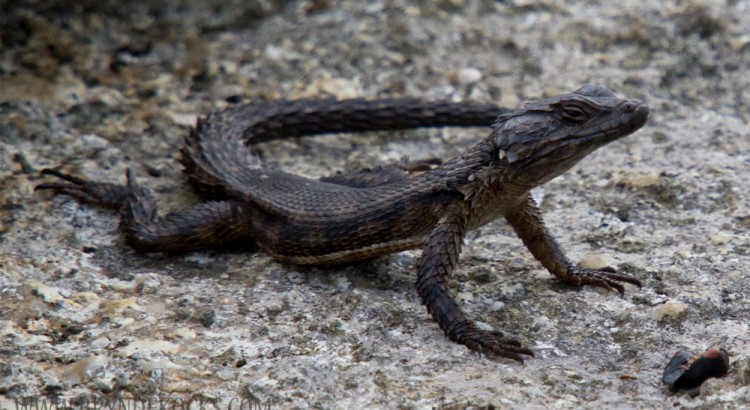 I recently decided to eventually head to the West Coast National Park with my girlfriend, the West Coast is a place that I haven’t been to in many years but have continued to hear good things about by both birders and herpers alike. I decided to go on Easter Friday as I figured it would be nice and quiet, unfortunately though, the weather was not the greatest. I had been checking the forecasts and weather models days prior and the forecasts for Langebaan were calling for sunny warm conditions on Friday but when we woke up there was thick mist in Sea Point and things didn’t look too positive.

After about 50km of driving the sky became a little more blue, though there was still a large amount of cloud around, just higher than the mist we had exited. On the way there we passed a rather large DOA (Dead on Road) Mole Snake. Upon arriving at the West Coast National Park we exited the vehicle and found that it was windier than forecast and not ideal birding conditions, but the sun was poking through a decent amount.

We drove through and made a stop at the first hides at Geelbek, but not before a prehistoric sized wasp managed to get it’s large body stuck in my windscreen wipers, me being the kind of person who can’t kill a moth I stopped the car and used the arm of some glasses to dislodge it from the wiper before continuing on our way. We headed for the hide on the left hand side of the restaurant and the first bird we saw was a Fiscal Shrike which was perched on the gate leading outside of the restaurant area. A few seconds after that the day began to look promising when a pair of Black Crowned Night Herons passed directly over our heads on the way to the hide, followed by a Double Collared Sunbird which let me get closer than my previous encounters with the species have let me. A Cape Sparrow was the next bird in sight, followed by a couple of raptors which were passing over the lagoon, they were too far for me to accurately ID, I had assumed they might have been Marsh Harriers but the markings that are visible appear more like Buzzards.

From the hide we managed to see a number of Greater Flamingos, something that I had hoped we would encounter both as it was on my ‘needed’ list and because my girlfriend has an unusual obsession with them. They were located to the left of the left hide but were moving continuously further right. Other species that we noted from the hide were: Spoonbills, Kelp Gull, Grey Heron, Pelicans, Common Tern, Plovers and some Curlew.

We then moved on towards the Seeberg View Point and came across an Angulate Tortoise trying to cross the road, I stopped the car and bartered with him to extend his life in exchange for a couple of photographs, he approved. On arriving at the Seeberg View Point my immediate reaction was my landscape photography side kicking in and making me want to grab the wide angle lens, but having parked a bit away I decided to make the most of the 500mm at that stage. After looking around for a few seconds we spotted a Cape Hyrax on the rock nearby which allowed me to get a photo and start working on my mammal life list. Also in the area were a number of Karoo Girdled Lizards, including one heavily pregnant specimen. The area looked ideal for reptilian life and I began to look around for any signs of a snake, I came across a collection of shedded skin but with no signs of the previous owner. A couple more Angulate Tortoises were mating on the ground at the bottom of the rock, but no new bird species were seen at this location. When arriving back at the car I knew I had to go back with the Sigma 10-20mm lens and get some landscape shots of the lagoon with the scattered white clouds around, as well as the small house located on the center of the rock.

It wasn’t long before we were making our way to Langebaan, but not before stopping at a hide on the northern side of the reserve, I can’t remember the name of the area right now but it was close to the park gate that exits to Langebaan. There were a couple of locals in the hide who were discussing the current sightings, there were a number of wading shore birds which I was finding very difficult to ID as I have not had much experience in IDing these types of birds, on the bright side it meant there was a lot of potential for lifers. There was a group of Sandwich Terns, White-Fronted Plovers, Grey Plovers, Cormorants of all kinds, Kelp Gulls and a few other goodies.

Now needing to find a bathroom, we headed through to Langebaan for a lunch, bathroom and refueling break – stopping at the Steers near the entrance of Langebaan. We decide that we will go back through the park and make another stop at the Geelbek hides to see if conditions had maybe gotten better, when we got there though it was completely the opposite. The tide was pushing in heavily, with rough choppy waves on the lagoon and the wind picking up. The water was beginning to rise higher than the floor of the hide and there was no sign of bird life at all! We then decided it was time to head back to Cape Town.

Overall, I guess I went on a day that was certainly not the best, but it wasn’t a bad day and ended up giving me another 10 or lifers, but I will definitely be back in the near future when weather conditions are more favourable. Hopefully I can try be there when some other birders are also there and can try see what exactly they are doing that is wielding such great results.