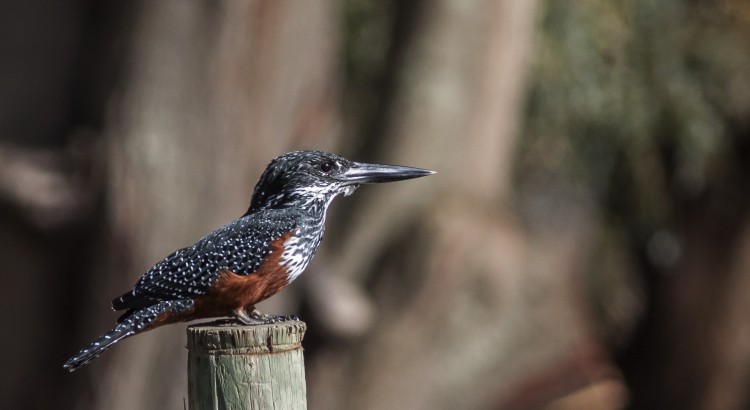 With winter now fully upon us, the monthly outings have moved to departure occurring at 07:30. Cathryn, who has recently become a member of the Somerset West Bird Club would be enjoying the first outing as a member, while she had joined me on a previous outing to see how she would enjoy it, things were a little different this time as a member – that is to say, there was a bit more of a sense of community.

We arrived at the meeting place early, around 07:15, and met Jill Mortimer there. Jill would be the leader for this month’s outing, and we’d be heading to Jesse Walton’s farm in Elgin. Jesse Walton is well known for the work she does with regards to bird research, along with Rob Martin. Jesse was in Europe for this week, so wouldn’t be showing us around personally, but Jill is quite well versed in the area and able to assist and guide as needed. Some more of the members showed up shortly after our arrival and we departed the parking area at around 07:35, but not before Cathryn and myself could scoff down a Lemon Poppy Seed Muffin for breakfast. After a short delay, and some car switching a few minutes later we were off…

The weather the day prior to the outing had been awful, scattered branches lay testament to the gale force winds that lashed us the day prior. Both the wind and the rain that had been so prevalent the day prior, had now vanished though, and despite the sky remaining very overcast – there was no wind and no sign of rain. While passing through Grabouw, we got a few specks of rain on the windscreen, but lasted no longer than a minute.

After nearly 30 minutes of driving, we ended up at the farm, which is tucked away in the valleys of Elgin. I mentioned to Cathryn how one never really experiences these farms on the back roads all that often, and that to the average person, there’s a whole different world that hides on the fringes of the main highways they tend to restrict themselves to. After arriving at the farm, we all parked our cars and met up with some other members of the club, who had driven there themselves prior and stood around Jill as she showed us an article on the Brown Backed Honeybird, a species that is rather uncommon and very difficult to find around the greater Cape Town area. Jesse’s farm however is home to a pair of residents and they are seen quite regularly, so we had high hopes. It was interesting to learn that the Brown Backed Honeybird is also a species which lays its eggs in the nest of Prinia’s and gets the Prinia to raise the bird – behaviour that I always thought was restricted to Cuckoos.

We set out into the amazing garden on the farm, a garden that is actually one of Elgin’s ‘Open Gardens’. The clouds still hung in the sky, masking the sun, which had yet to fully emerge from behind the mountains. Our first bird sighting was that of a Lesser Double Collared Sunbird, feeding on a nectar source within the nursery. We could also hear the distant call of a Buzzard coming from the east. Cape White Eyes were the most prevalent bird in the early hours, seen and heard fluttering in the trees above, as well as feeding on some of the fruits grown on the farm. A few Olive Thrush were also showing quite well amongst the fruit trees. Jill then lead us towards the house where the Brown Backed Honeybird is usually seen. On the way we encountered some Cape Canaries, Cape Weavers, Yellow Bishops and a Hadeda which flew out in front of us, causing a bit of alarm. A few other common species were seen on the walk to the house. We walked around and looked in the hedge and nearby trees for any sign of the Brown Backed Honeybird, but no luck. We then moved up towards another garden on the farm, where we found a couple of Cape Batis which were showing intermittently in the trees above us, giving us good, but short lived views. We all spent a bit of time here trying to get the best sights of the birds we could; it was also here where we got a few seconds view of a Malachite Sunbird.

We gave up on the Honeybird, but would be back later in the day to give it another try. It was then down towards the bottom house for some tea and breakfast, but not before a few of us watched a couple of Swee Waxbills. Cathryn was making the most of the lack of real bird activity at this time by taking photographs of flowers along the way, often needing me to give a whistle to catch up with us.

Cathryn and myself spent some time during the tea break in the nectar filled area of the garden, trying to get some decent photographs of Malachite Sunbirds, and while they were completely obliging, they did give us one or two views. At this point, the sun was beginning to come through and the clouds were beginning to break up, a sign that the day may be even better than expected, weather-wise. It was here that we also came across some Cape Robin Chats, and an unusual call from a thick nearby tree, one that I am still clueless about, even though we tried – we couldn’t locate the source of said call.

It was then time for a change of habitat and we got back in our cars and relocated down the road to a couple of fairly large dams. The targets for the dam, for me at least were Little Bittern (would be a lifer) and the Black Crake, which is a species that has always eluded my camera pretty well. We arrived at the dam, and after some hopping over fences, we were soon on the other side, alive and without any pulled muscles. The pond on the left showed us views of Common Moorhen, Reed Cormorant and Little Grebe; but the main dam was the one on the right, where a small hide sits.

Jill rationed us into two groups, the first group, of which Cathryn and I were a part of, would enter the hide first, while the others walked around the dam. Upon arrival there was a Purple Heron which had flow into the center part of the dam. We sat down and waited, not five minutes later we got our first sightings of the Black Crake, in fact we encountered two of them, one a juvenile. A Lesser Swamp Warbler was active in the tree above the Crakes, while the Black Crakes were quite timid as they can be, and would often dart back into the reeds after seeing any movement. We managed to get some excellent views though, before we rotated with the other group.

Cathryn and myself, along with a couple of others walked along the outside of the dam. Our first raptor of the day came in the form of an African Harrier-Hawk which we could watch circling over the farmland hills in the distance. Shortly afterwards we saw the second raptor of the day, a Jackal Buzzard, which passed over the dam.

While we had been looking around, apparently the other group in the hide had gotten good views of a Little Bittern. I was quick to rush down to the hide and see whether or not we could relocate it, but after 20 or so minutes of watching and waiting, there was no sign of it, as with all other times I have targeted this species, they still elude me! We did however get great views of more of the Black Crakes, we established that there were at least 5 individuals, possibly more – and two juveniles in with them.

After a successful visit to the dam it was time to head back to the farm and attempt to find that Brown Backed Honeybird. The sun was now out and the temperatures were a lot warmer than in the morning and we figured we may have a chance. We got there and shortly after entering the garden around the house, near the pool – I saw something fly out of the hedge and onto one of the apple tree branches – I fired off a few shots because it fitted the description of what we were looking for. I quickly called to Jill to try get some confirmation on the ID, never having seen the bird before, I didn’t want to seem overly confident and as so often the case, the bird you hope it is, sometimes isn’t. So I played it conservative and assumed it was a Dusky Flycatcher, a rooky mistake, especially since I know the diagnostics of a Dusky well enough to warrant being able to tell the two birds apart, but in the heat of the moment it sometimes becomes a bit more challenging. Everyone takes a look at the photo and is unsure of what to make of it, it’s one of those birds where looking at an illustration can cause confusion, and it really needs to be compared to another photograph taken of one. Jill and myself end up being the only ones who see the birds 3 second showing, though we figure it’s no big loss – just a Dusky (little did we know).

We assume that it’s a no show for the Brown Backed Honeybird and we head home. Though not 2 kilometers from the farm, while on route home, I notice a Giant Kingfisher perched alongside the road. I quickly make a U-turn and park on the side of the road for better views. The bird was perched over a small make shift shallow pond, clearly looking for lunch. A great way to end the day… But it wasn’t completely over yet…

Thanks to Jill Mortimer for leading us, and thanks to Jesse Walton for opening up her farm for us. It was another great day out with the club, and between us we managed to get a total of

My personal total for species seen on the outing:

3 thoughts to “Birding Elgin with the Somerset West Bird Club”