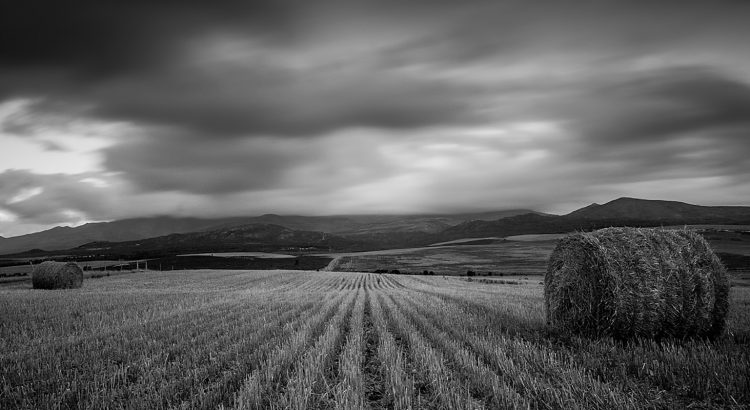 Just outside of the Houwhoek area of the Overberg is a small farming town by the name of Botrivier. People traveling to Caledon from Cape Town would be familiar with the general area. During summer, dry open fields stretch into the distance. In the winter months these fields turn green, and for a brief period each year you can experience the Canola fields flowering. Earlier this year I was on my way back from a twitch in Hermanus for an Elegant Tern and happened to pass through the area. I noticed that there were bails of hay scattered across the fields and knew that I needed to return at dusk for a chance to capture the scenery.

I reached out to Monique and asked if she wanted to take a 30 minutes drive through to the location on one of the evenings. I knew what I wanted from the shoot, and on the day in question the weather had been back and forth between rain and sunshine, but near sunset the sky was mostly cloudy and things were looking good. The drive was much longer than I remembered, passing over Sir Lowry’s Pass, Grabouw and then another 20 or so kilometers drive (A total return trip of around 100km from Somerset West). As we came over the final pass and overlooked the farmlands below, the weather was looking less than ideal with very little cloud apart from some towering cumulus to the west. The drive got bumpy when we exited onto a gravel road and we made our way along the unmarked path. The drive seemed to take forever, and I began to worry that I was too late and the bails of hay had been removed already, which would have left the shoot pointless. Eventually we came by the field I had seen a week earlier, and we exited the car. The sun was still about 30 minutes from setting, which allowed me to move around and try find some compositions that would work. Unfortunately they didn’t come as easy as they do with most seascapes, and I struggled to find the right lines that worked with the bails and the clouds. 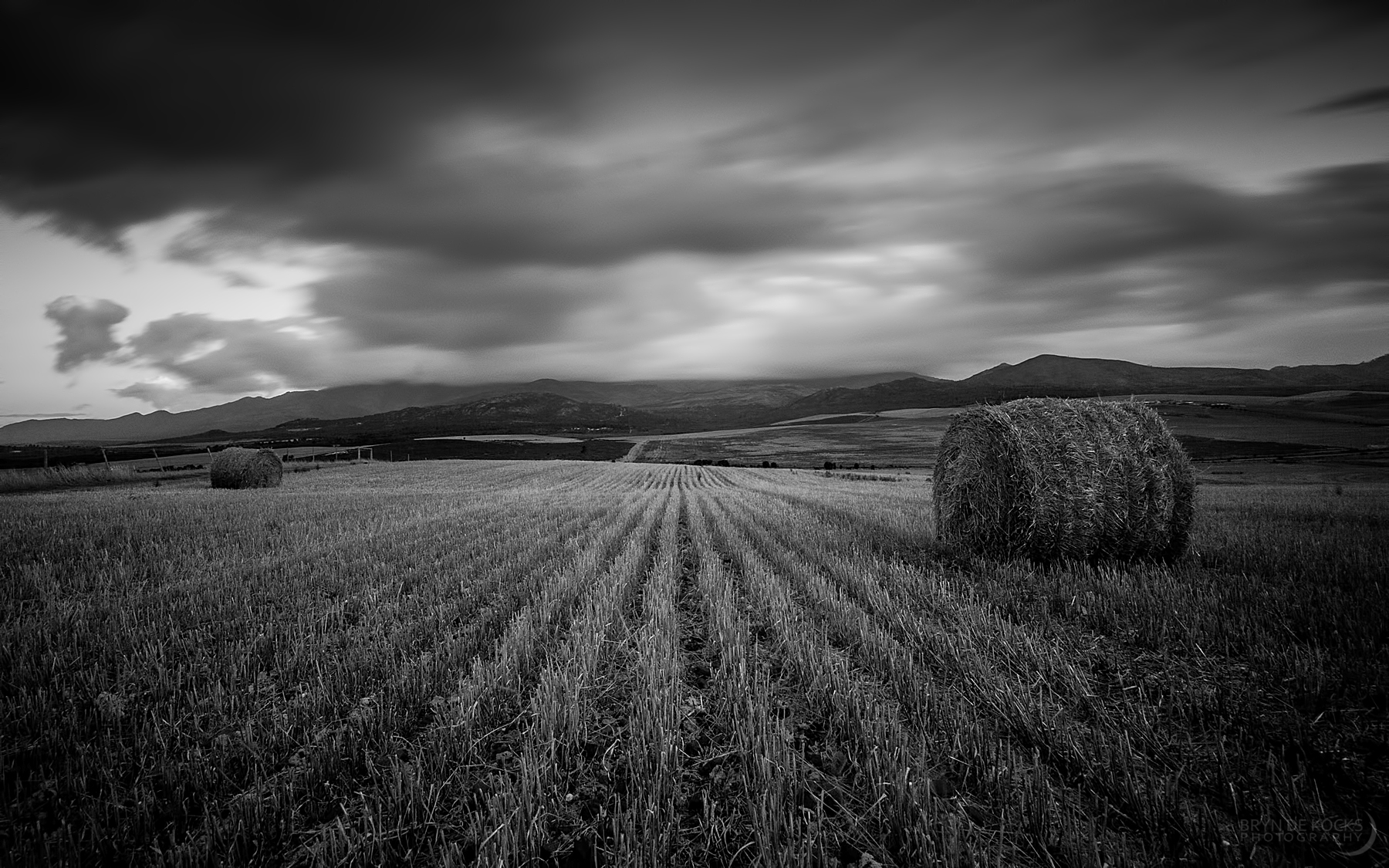 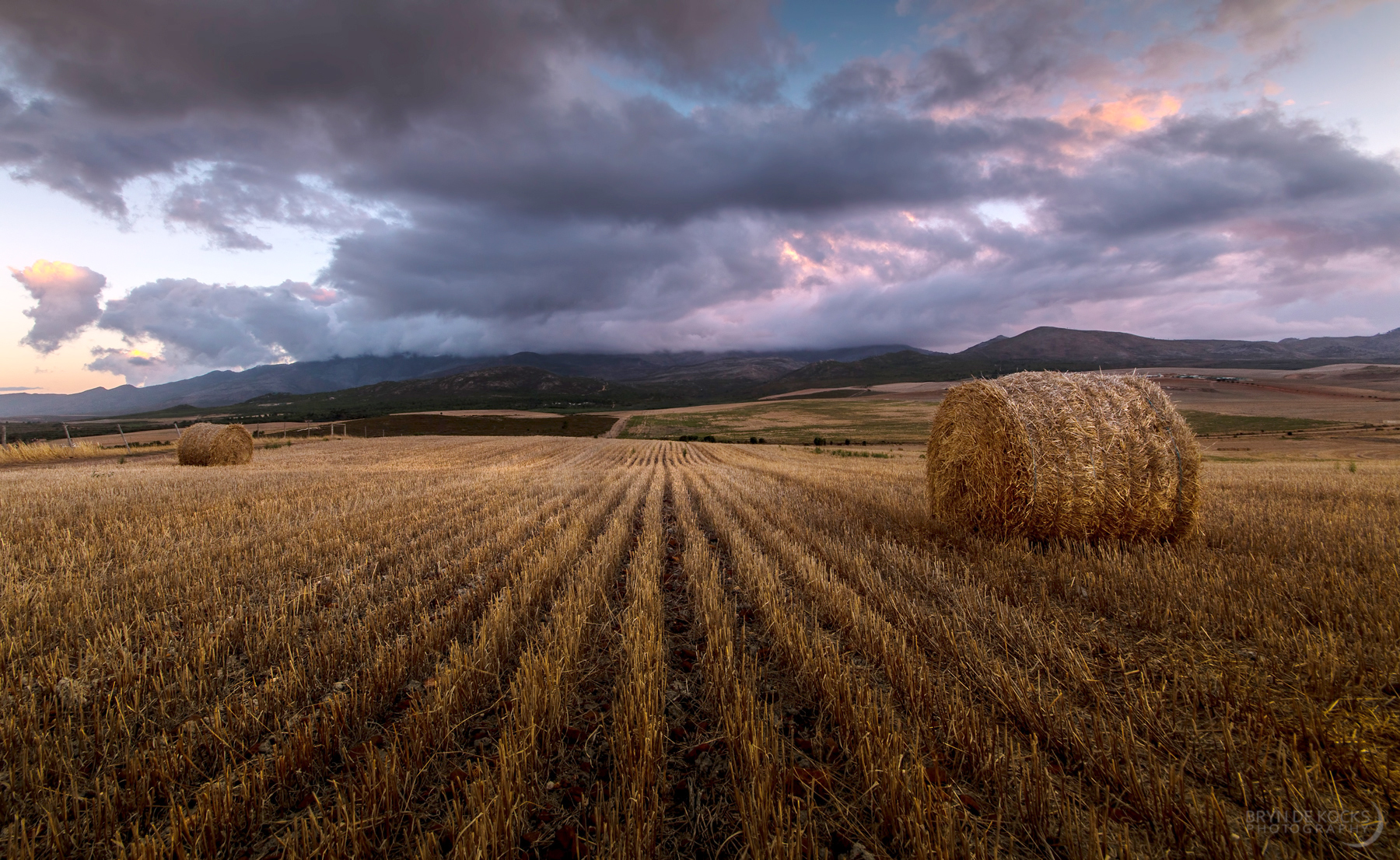 As the sun began to set, the sky was given some colour and allowed for some better opportunities. Though my favourite shot of the evening came as we were headed back to the car and I decided to use my Hoya ND400 neutral density filter to capture the movement in the clouds.