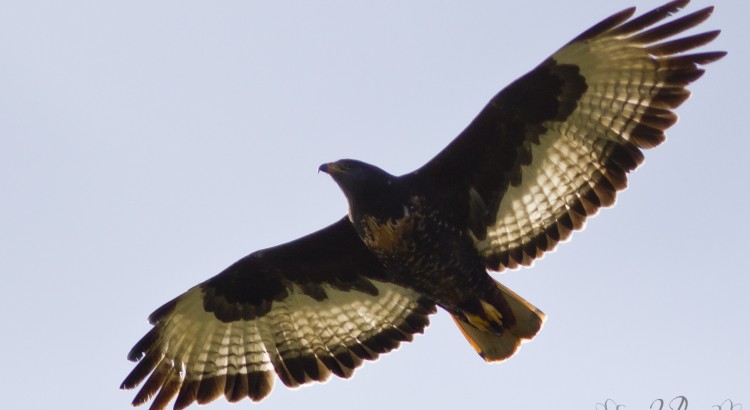 Well Spring is definitely in the air with avian activity picking up, with both breeding pairs being seen more actively and some of the migratory birds returning. Though it is not only birds that are giving hints of the season, the Oak trees are now almost completely green in places and with the weather forecasts I’ve been seeing, the temperatures are looking like they may get more Spring-like very soon too.

The past week has been a bit rain filled with Winter and Spring definitely overlapping a bit, as they so often do, but when I got a chance and the sun was out I made a few trips to the Helderberg Nature Reserve to see if there was anything interesting going on. For the most part it was relatively quiet in the week, a Reed Cormorant – likely the same individual that seems to be there from time to time was present, as well as the Purple Heron, also likely the same individual that has been recorded here quite a lot over the past year, last year though, he was a juvenile and has since grown up.


The main interest during the week was the sighting of a few Swallows, while the White-Throated Swallow is an all year resident along many parts of the Cape, I had not seen one since April or May – but this week there was one that was flying around the pond, occasionally dipping down and touching the water surface. I also came across a Black Saw-Wing Swallow which was flying near the entrance of the reserve, he would come right up and fly just a few centimeters from my head – but their speed is so excellent that it proves almost impossible to get a photograph and all I could manage was an out of focus photograph for identification purposes, I will definitely be spending more time trying to get a clear shot of these speed demons. Another fast aerial feeder that I came across, I have not been completely able to identify yet, though trust I will soon – my gut is telling me it could be a Pearl Breasted Swallow – though it’s hard to say, again with only an ID purpose photograph.

An extremely strong cold front pushed through on Friday morning and lasted through most of the day, bringing gale force winds to the area and snow to the mountains. We have been known to get some really strong storms and snow right through to November, so Spring definitely doesn’t mean all clear. However Saturday the skies began to clear and the temperatures were picking up a bit, the sunlight was warm and pleasant, though it was still quite cold in the shade. I wasn’t expecting too much, but went down to Dick Dent Bird Sanctuary, though as I parked – I opened my camera bag and saw that I had left my Canon 400mm L lens at home, rendering my camera useless for birds. I then decided I may as well head to the Helderberg Nature Reserve again and see if there was anything happening there.

I arrived and walked to the pond where things were relatively quiet with just a few of the common species; Robin Chat, Karoo Prinia, Common Moorhen and Little Grebe. While walking along I came across a man who was also carrying a camera, he asked if I knew anything about birds because he had seen a Grassbird in the area the other day, a species that is quite common in the reserve, though it’s always good to see people who get excited about sightings. We began talking a bit and I discussed some of my recent sightings in the reserve. We ended up walking around a bit and it wasn’t long before we caught glimpse of some raptors in the distance – a pair of White Necked Ravens were in a bit of a squabble with a pair of the Cape ‘Mystery’ Buzzards, while a Jackal Buzzard was also involved for a period.`I waited around a bit to see what else was flying around, about 2 minutes later in the far distance over the Western most forest of the reserve a Yellow-Billed Kite was circling, almost certainly the same one I saw in the reserve a couple weeks ago, it may even be part of a breeding pair that is back to breed again this year. There was a lot of commotion coming from the forest, with the Buzzards being very vocal.

We watched a pair of Cape ‘Mystery’ Buzzards fly across and start calling from the Eastern forest, which was more easily accessible, so we walked in that general direction and got to the foot of the forest area when out came a pair of Jackal Buzzards – right over our heads! The sun was on the wrong side, but the lighting was good enough for the under side to be lit a bit and we quickly pulled out the cameras and fired off some shots. Due to the location of the light, they weren’t as good as they could have been, but definitely the best I’ve managed to get of a Jackal Buzzard so far. We were quite amped at this point, and we walked around to the middle ground between the Eastern and Southern forest in the hopes of maybe seeing one of the Sparrowhawks, but it wasn’t long before we watched another one of the Mystery Buzzards dart down into the Southern forest where they are breeding. We walked over to the part and while the Buzzard was a fair distance due to height – he circled just over the road in front of us before darting into the back of the forest again.

I counted a total of 3 Cape ‘Mystery’ Buzzards and 2 Jackal Buzzards, 2 White Necked Ravens and 1 Yellow-Billed Kite. This wasn’t at all bad for a period of perhaps an hour. I’m hoping that this is a sign of things to come as we enter the warmer weather, and it’s definitely encouraging to see the birds that have historically bred in the reserve coming back again this year, hopefully the Pied Crows do not interfere too much with the process.

EDIT: I went back the next morning (Sunday, 2 September) and while things were a lot quieter, I decided to position myself where I had seen the Yellow-Billed Kite previously, in an attempt to get lucky and have it fly in close proximity so I could try and get a decent photograph of one. While I wasn’t able to see the Kite, I did still get lucky as a Black Sparrowhawk passed over my head in the location where I was waiting. Also of interest were a pair of Greater Striped Swallows which were present near the one dam.

One thought to “Spring Is Here – So Are The Raptors”