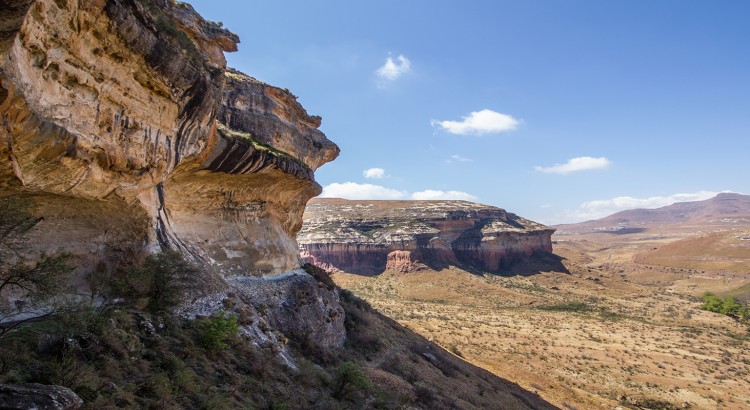 While looking back through my hard drive photographs this week I came across a mostly unpublished series of images from a trip I took about 4 years ago now, to the Drakensberg. While at the that time I had flown to Johannesburg many times before, and spent time in Pretoria quite a lot, I had never really gone on any outdoor outings outside of the Western Cape. The Drakensberg trip was going to change that. I had saved up for months, nearly a year to make the trip happen. I really wanted to make it a birding trip, to try and see some new birds in other parts of the country, I had just bought my Sigma 50-500mm a few months before and was excited to test it out on an area renowned for its raptor activity.

I met up with a friend of mine in Johannesburg, where after staying for one night would head towards Golden Gate National Park. The drive from Joburg to Golden Gate is about 3.5 hours, and we wanted to get an early start, so we left bright and early in the morning, though it wasn’t too bright to be honest. We planned out trip for September, which one would think given that it’s Spring would allow for pleasant conditions up north. Instead we were dealt with weather that is more typical of the Cape in winter. 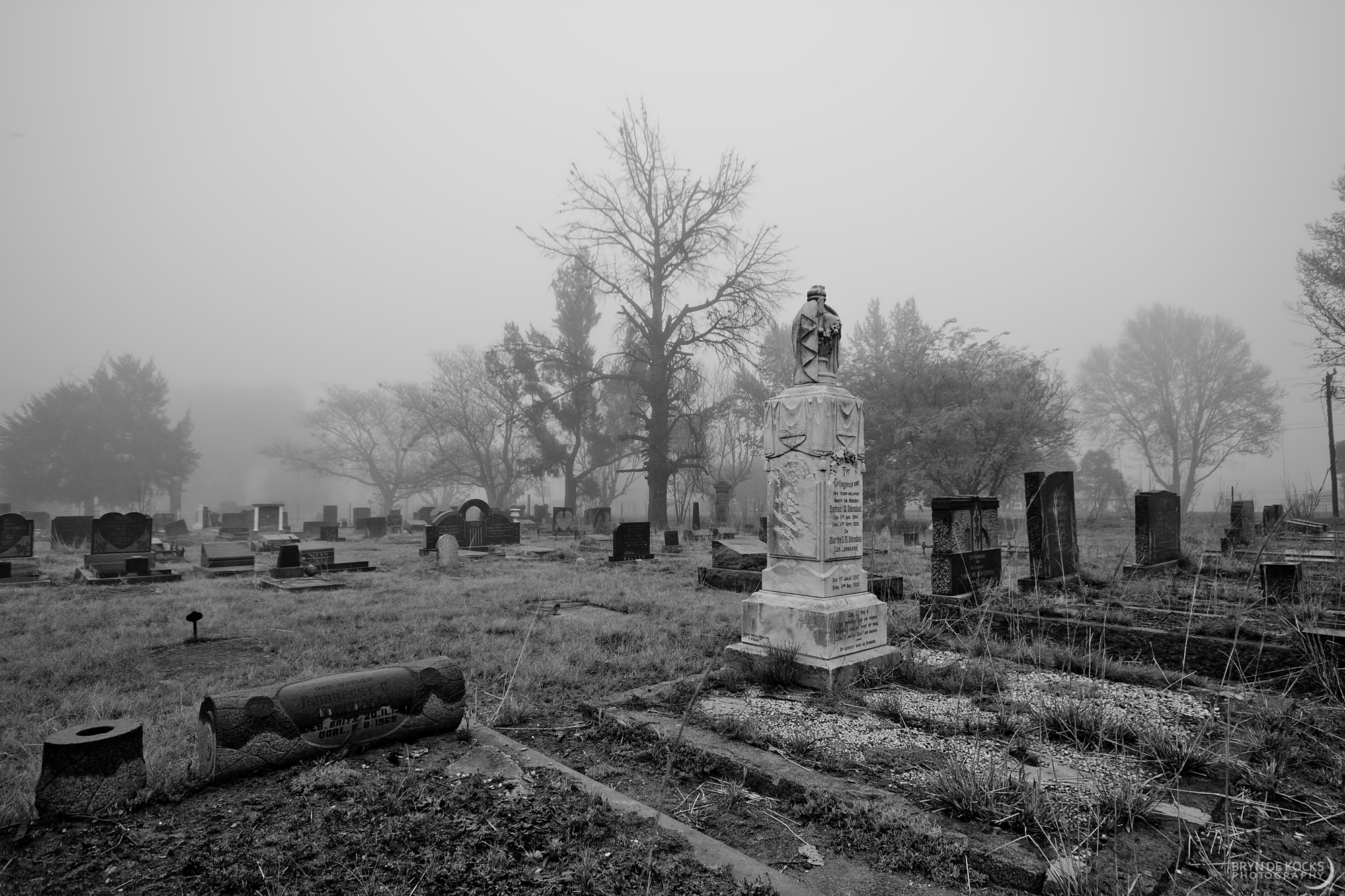 On route, the fog was thick along much of the road but at least I managed to get my first sightings of Long-Tailed Widowbirds, which were abundant along the road side fields. Our first stop was a graveyard that we were passing — having asked Dan to pull over so that I could take some photographs (shooting on a Canon 550D at the time). We spent 15 minutes or so in the bitter cold, with quite strong wind. It was definitely not the nicest weather to be outside in, and so we were soon back on track, heading south.

Our next stop was just outside Clarens, where we took a walk towards an area of Asrivier. In hind sight, I wish I had worked this spot better, or had the opportunity to return with better light. There were some amazing opportunities all around us at the river, but we were also on a schedule to get to the park and at the time I never quite realized the situation I was in, the conditions were also far from ideal with patches of fog now beginning to lift and the razor sharp wind still torturing us a bit. I will definitely return here at some point and put more focus on the landscape. You’ve Got To Be Joking…

We arrived in the park and the fog had now lifted, we paid our camping fees (we would both be camping in tents). After unpacking and setting up, I immediately wanted to try and get some new birds and went for my camera bag. I had packed it fairly tight, and the Sigma 50-500mm is called the Bigma for a reason. After taking it out my bag, I tried extending the lens. “What the fuck?”, it wasn’t extending at all, it was stuck at 50mm. My heart sank when I realized that there was a chance that my year of saving was about to crumble before me. We spent at least an hour or two trying to find ways to extend the lens, if it was going to stick – let it be stuck at 500mm! However, there was no luck. (In the end, it turned out that somehow during travel the tube inside the lens that allows it to extend, had bent — Sigma later repaired it upon my return to Cape Town)

I was now stuck in the Drakensberg without my main birding lens, which also served as my binoculars. It is hard to explain just how I felt at that time, but I decided that I at least had my 10-20mm wide angle with me, along with a very cheap and soft Sigma 70-300mm. We took a hike up towards the top of one of the mountains near the camp site, and while it wasn’t an easy hike — it was great to see some of the geography of the area, it was a very different experience to climbing a mountain in the Cape. We got glimpses of raptor’s nests along the cliff faces, but we didn’t actually get any visuals on the birds. In fact, bird life seemed extremely quiet, especially for the beginning of Spring (possibly due to the wind).

On our entire walk I only managed to see a single bird within a distance that allowed me to ID it, a lone Cape Rock Thrush perched on a branch along the walking trail. At the time it was a lifer for me, so I could at least take that away.

We hiked up to the top of one of the local peaks and spent some time there before making our way back down to the camp site. The wind was starting to pick up a little and it was getting a bit chilly. By evening things were much colder than I had anticipated… We would make a hot water bottle and it would be cold within an hour, needless to say sleeping wasn’t the easiest task, and neither was getting up the next morning. 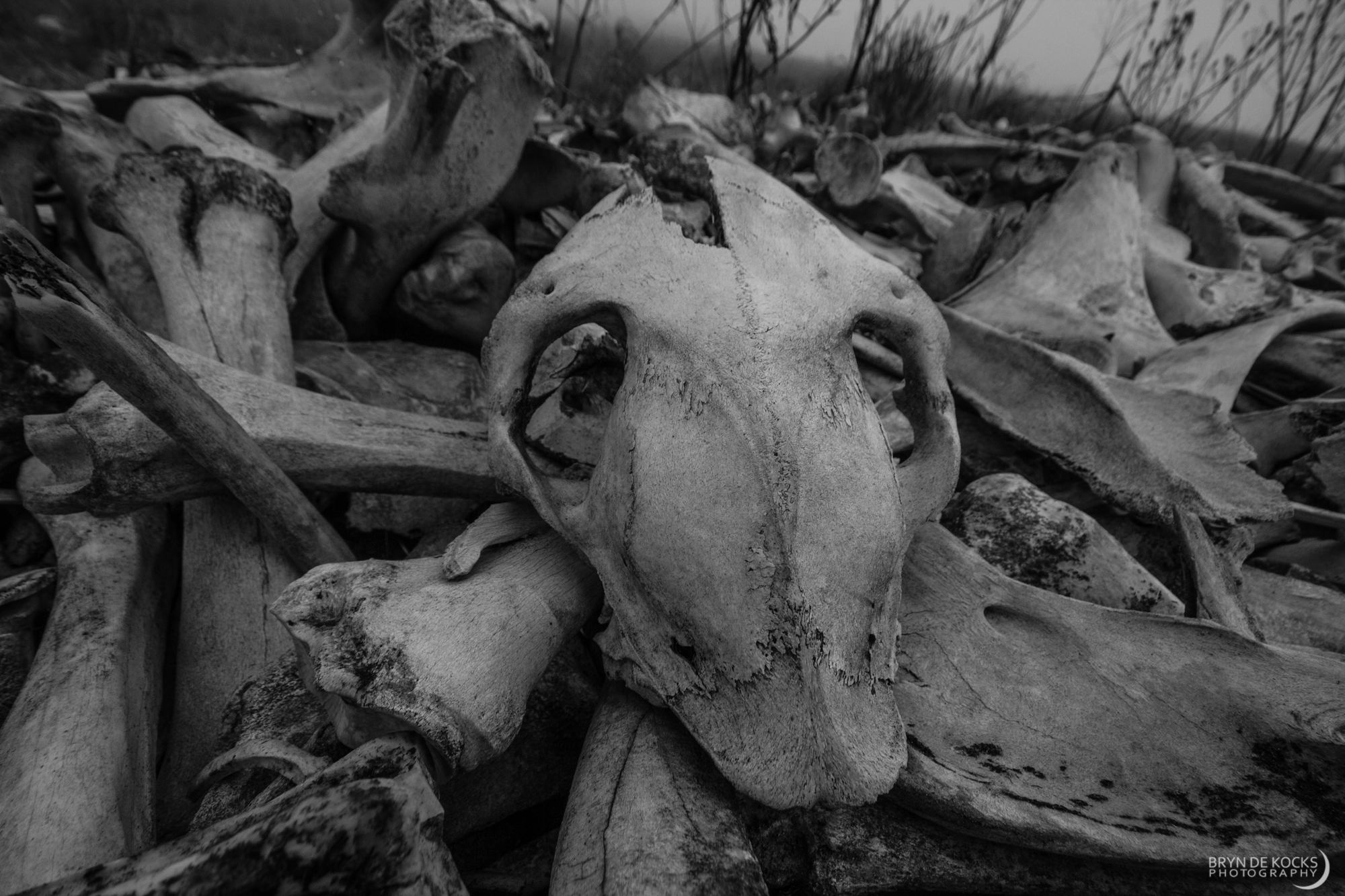 We woke up in the morning surrounded by thick fog, but decided to head out early regardless and went for a drive around the park. We came across some Zebra fairly early on, along with a mass of animal bones piled up on the grass in one of the areas alongside the road. Despite the wind having mostly died down there was still no signs of any birds, apart from a single Goose that we came across at a pond, and as luck would so have it, the only bird we see that day is an escapee.

We spent some time around the small pond, and looked around, discussing where we would go next. The rest of the day mostly involved driving between different points in the park and seeing what we could catch glimpse of, and while I loved the landscapes, I was still surprised by the lack of bird life. I am sure that it’s not normal for the area… On the last day in the park we woke up early again and headed out, this time the weather was nicer than the day before and the sun was shining, albeit with scattered clouds around. I managed to see some raptors that day too, but they were too high for my to ID with my shitty 300mm Sigma, the only image I got that could be ticked was an African Harrier Hawk.

Again this day was spent driving around and taking in the sights. And looking back on this collection of images, I am reminding myself what an amazing place it is. Far away from cities, open fields, mountains etc. I need to make a plan to get back there, and hopefully not in the too distant future either. Unfortunately flights are much more costly now than they were back then and I’d need to make quite a few sacrifices, and at this stage my Western Cape life list is at the top of my priorities.

Thanks to Dan for showing me around and letting me crash at his place. The fact that I am able to write this blog post years after the fact is testament to what a great experience it was.

One thought to “Remembering The Berg – Golden Gate National Park”