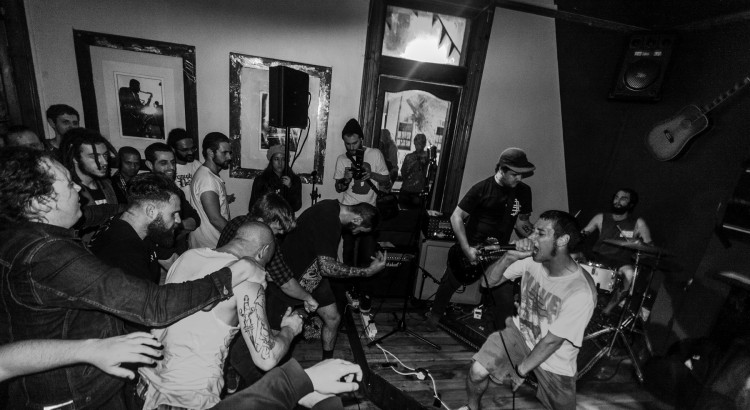 It seems that this is a great time for local music with most of the country’s best bands all putting out albums over the past couple of months. Just a few weeks ago Wildernessking released their ‘The Devil Within‘ EP, followed by Conqueror releasing their new album ‘Life on Repeat’. Which brings us to the Peasant EP launch which happened on the 9th May 2014 at Carnival Court. Their release of ‘Dead Hand‘ marked the third launch event from a quality South African band, in as many weeks. Without intending to exclude other bands doing their thing in other parts of the country, to me personally, the quartet of Conqueror, Peasant, Wildernessking and Take Hand are exactly what the country needed; they bring different styles of music but they are all deeply routed within the scene and each of them are paving their own musical paths in their own direction. Take Hand bring the much needed positive, community driven aspect of hardcore with a sound that is good to get in the pit to as well. Conqueror makes music that tells it how it is, they don’t look to sugarcoat or toss away the realities of the world, their music is fast paced, angry and represents the world we live in. Peasant brings a sound that has long been lacking in the country, a sludgy hardcore that rattles your bowels. Wildernessking on the other hand may not be a hardcore band, but they have helped in closing the gap, locally, between hardcore and black metal. They play what they describe as ‘Rock-infused Progressive Black Metal’, and they do it well! These four bands, which are doing a great job at holding up the banner for South African ‘alternative music’ promise to continue reigning in a new era for the scene and one that is more promising than I have seen in ages – if ever.

The show was set to take place at Carnival Court in Long Street, a location I hadn’t been to previously and was not sure on how large it was or whether there would be sufficient lighting for photography, but decided to take my camera along none the less. Being rather skint this month, Kathryn was a hero once again and offered me a lift through to town. After arriving at the gig, just before 21:00, we went upstairs and walked right in… I forgot to mention, Peasant were able to make this a free event – something you don’t see much of these days. A lot of familiar faces were present, and it’s always amazing to me how most of the people attending the shows are people who have been supporting the local scene for over 10 years. And it’s always good to see those familiar faces from back when we were young, even if it does make one realize that 10 years have just flown by (and that we’ll all soon be dead). None the less, the crowd continued to grow as people hung out at the bar, socialized or played pool while waiting for the bands to start. The original schedule was for three supporting bands, but Wargrave had to pull out just prior to the show.

The first band to play was Manoue, a band that in all honesty, I hadn’t heard of before. They play what their Facebook page describes as “Instrumental Progressive Rock Fusion” – which after hearing their music, seems like a pretty accurate term. They were definitely something different, a two-man guitar driven band. They bring heavy, though also varied guitar styles. Both Francois and Immanuel are very skilled guitarists and the crowd seemed to appreciate the band’s music. It’s hard to explain exactly what they sound like, as I don’t really have any comparisons in mind – but you can check out their music and even download some for free off their site. Next up it was Take Hand, who I’ve seen a few times now and really enjoyed. The band, which released their EP ‘Legacy Bones’ late last year brought some life into the crowd with their solid hardcore sound. Take Hand definitely promote the DIY ethic, and not with regards to fashion but with the way one approaches life. The punk scene has always relied heavily on DIY ethic in order to achieve the desired goals – no one is going to give you things in life unless you take them or make the effort. An important part of hardcore is the way in which it is approached and I am definitely a supporter of the idea that independent and community driven projects are the way to go.

JJ definitely has an energy that gets the crowd going, and before long the pit was starting to get active, as JJ occasionally lunged himself in with the mic. It was also about this stage where I could no longer just sit on the side with my camera, and had to get in there for a bit of two-stepping goodness. Photomosh style. The set was solid from start to finish and by the end of it, one could taste the evaporated sweat in their lungs. 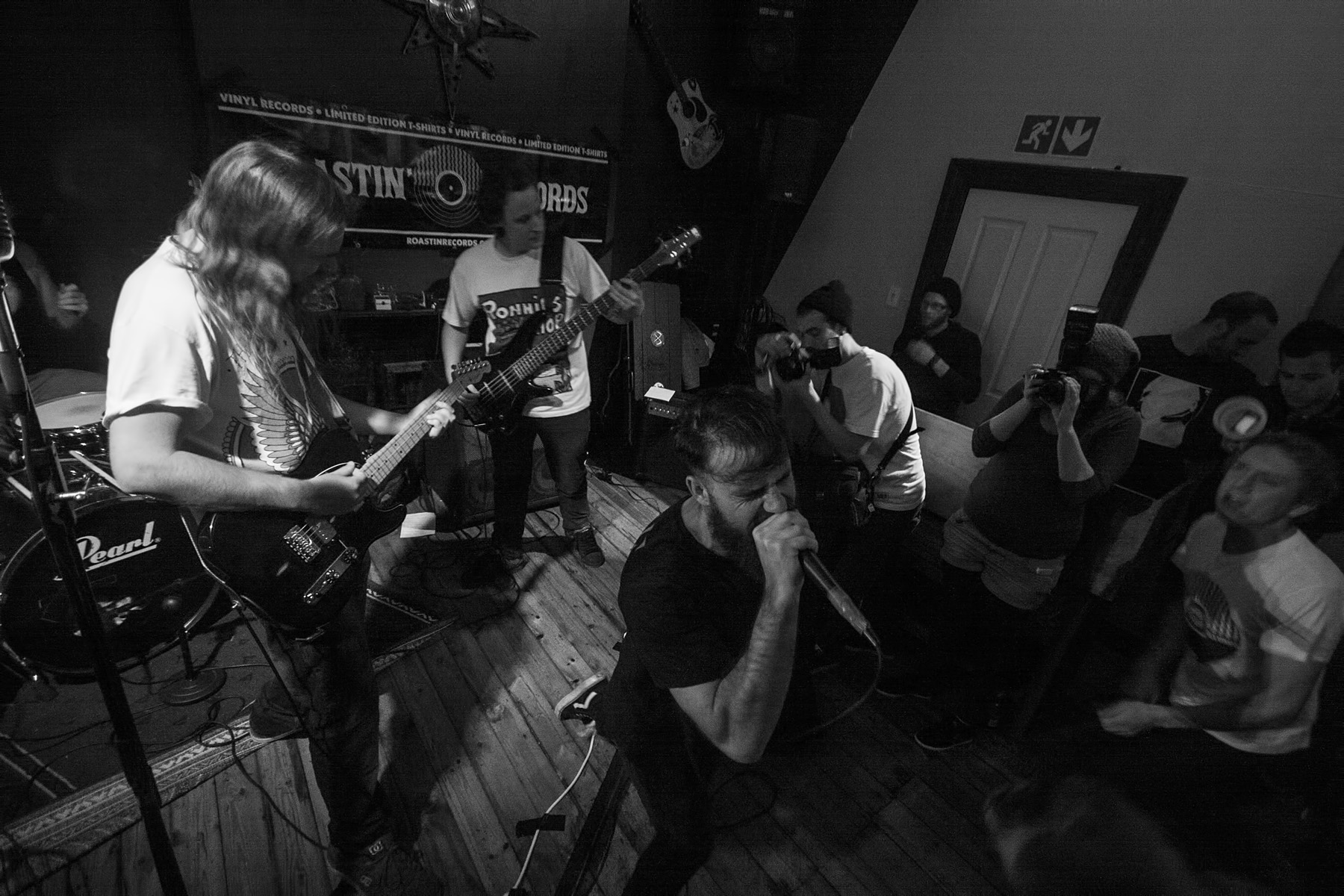 Finally it was time for Peasant’s set and by this time it was completely packed inside, and getting to the front of the room was no easy task. By the time I managed to squeeze my way through, as I broke through the front line of static crowd, it was as if I had broken through into the pits of hell (no pun intended). Arms and legs were flying and the crowd was definitely getting down to gritty, sludgy, hardcore sound. Byron was ripping it up on the vocals as always, and it’s great to see him finally settled into a hardcore band and putting his talents to the best of use. All the other guys were also throwing it down flawlessly and each song, while only lasting around 2 minutes was enough to leave everyone exhausted by the time the track ended. 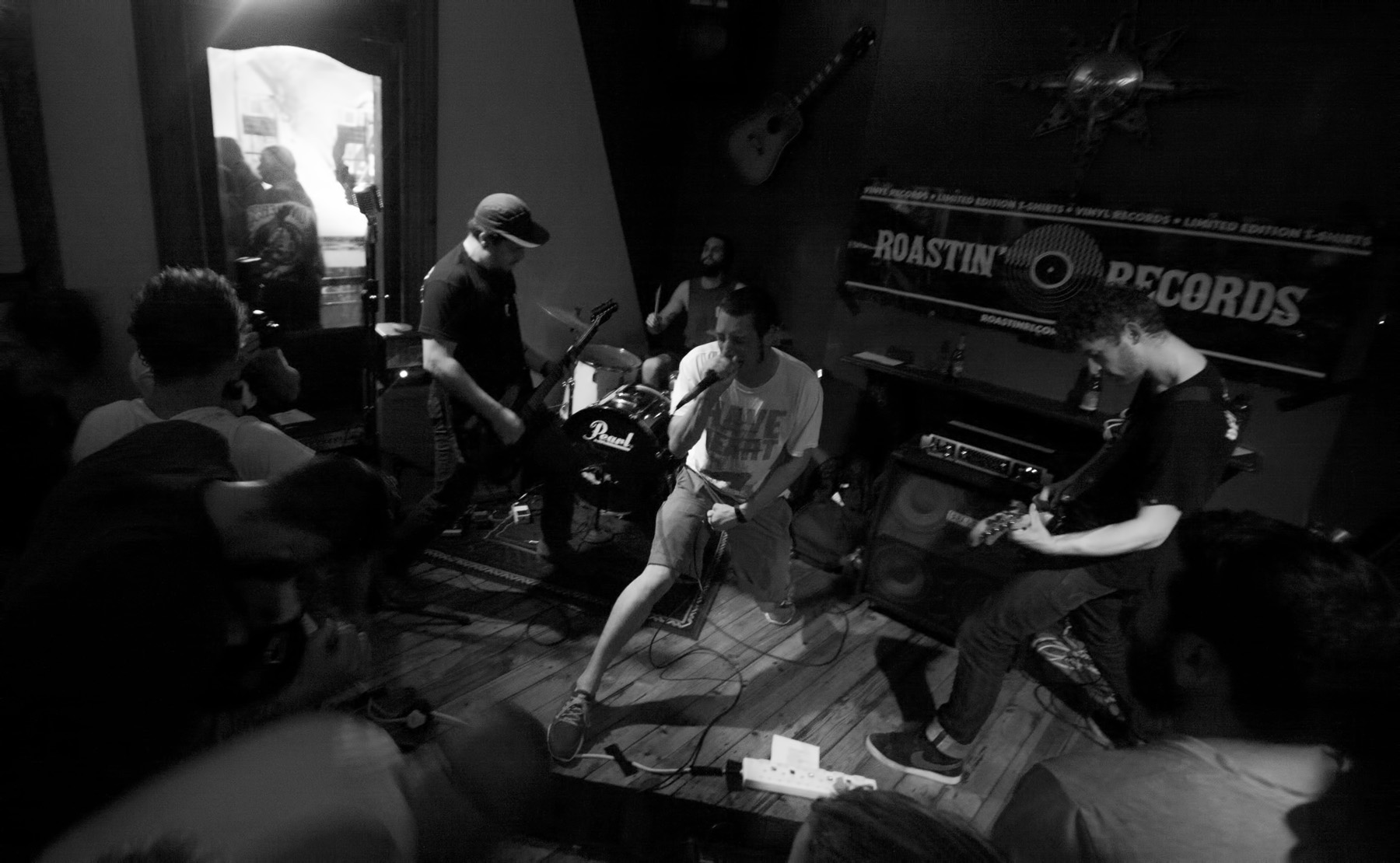 I can’t remember on which track it was, I think maybe ‘Ender’. But Keenan Oaks from Wildernessking put in an appearance on the mic for one of the tracks, which was pretty awesome. Throughout the set, the pit continued to get progressively crazier – at one stage the whole DJ booth area was bashed up against the wall as bodies flew across the room. Either the bass or guitar also ended up getting busted when large people ended up spilling onto the stage. 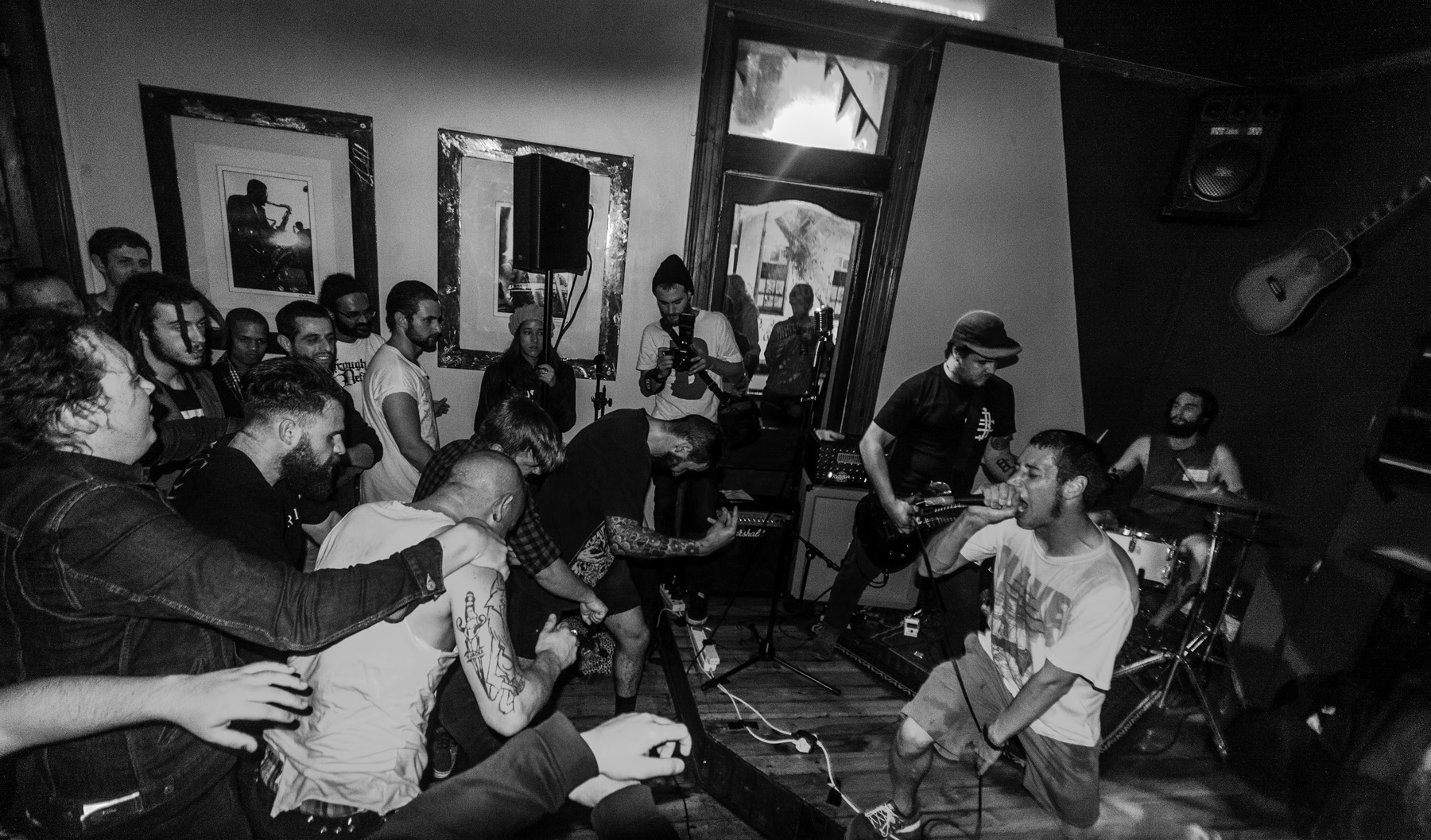 Both Peasant and Take Hand do an amazing job of getting the crowd active, there’s an energy that is hard to describe and for those that don’t go to shows it’s also hard to understand. But for those who have experienced it, they will know exactly what I mean. The energy that could get a corpse to move it’s body and want to get involved.

Overall a great show, and be sure to check out and support not only Peasant, but all of the bands mentioned above.