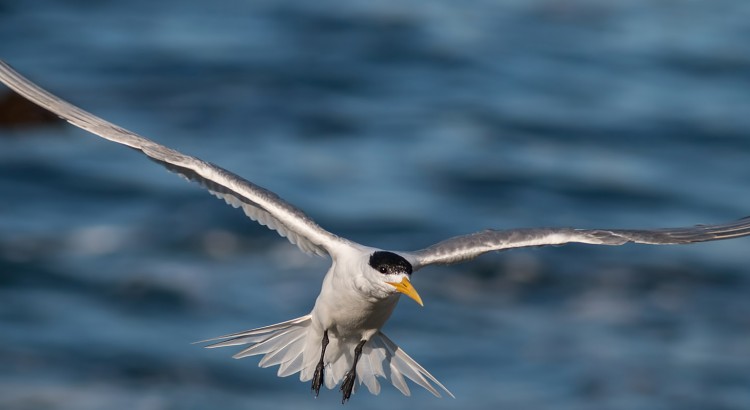 Recently there have been several rarities pop up around the Cape Town area, but I had yet to twitch any of them, despite being on my to-do lists. However, on Saturday 5th February Trevor Hardaker dropped me a message letting me know that him and Margaret were going through to Hermanus to see the Elegant Tern that was spotted there earlier this week. Having no plans for the morning, I gladly accepted and set my alarm for 5:30 the following morning.

I met the Hardakers at a local shopping center, where-after we made out way over Sir Lowry’s Pass and towards Hermanus.

Upon arrival we made our way down to the Tern roost, where there were already a couple of individuals who had seen the bird just minutes earlier. Margaret then picked the bird up again, and my life list suddenly grew +1 to 271. The Tern, which was surrounded by numerous Swift Terns, Sandwich Terns, Common Terns and a few Grey Headed Gulls, was not giving us the best ways, as it hid behind the shadow of a Grey Headed Gull. This particular gull showed no enthusiasm in obliging to the photographers and giving us a clear light shot of the Tern.

Not after more than 5 minutes of arriving at the roost, the Tern took flight and headed out to the ocean, and even in the departure, the damn Grey Headed Gull made sure to ruin the only in focus shot I managed to capture.

It was reported that earlier visitors had witnessed the same behaviour with the bird leaving the roost and then returning shortly later. However, we remained for an additional hour and a half and the bird made no signs of returning to us and giving us better views. While waiting, I did however take the opportunity to get some action shots of the other Tern species that came in and out of the roost over the 90 minute period, as well as photographing some of the other birds in the area.

We departed shortly after, with a couple groups of people still sticking around hoping for the return of the bird.

On route back we passed through the Botrivier area, and the amount of Buzzards seen was astounding. More than 30 Steppe Buzzards were present over a short distance of road, as they glided on the summer thermals, with others flying low, just above the dry grass plains. It was along this road that we also got views of some Blue Cranes with a chick.

It was an enjoyable and successful few hours out, allowing for a new lifer for myself. It’s a pity that Gull ruined some of the shots, but in the end I still also had fun photographing the other Terns.