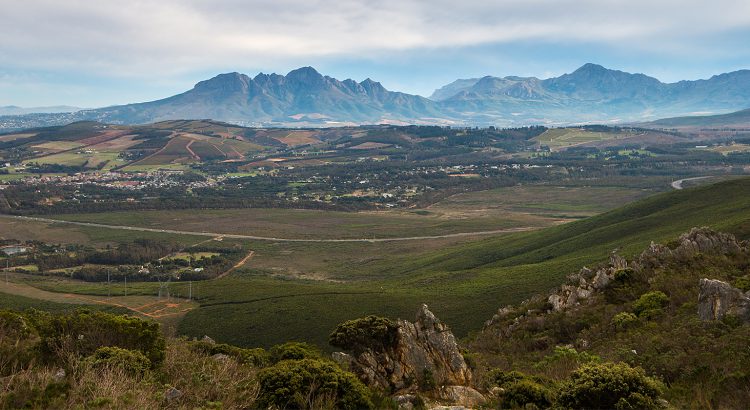 I woke up on Sunday morning with Monique doing a “Women’s Walk” in Cape Town, and thus had the morning to myself and had planned to head through to Kogelbay and try some surf photography again. The swell forecast was good and the surface wind was forecast as a moderate South Easter, usually good for surf on that side. Before I could get out of bed, I received a message from Gordon Richardson letting me know that there was a large area of altocumulus with some mammatus associated with it. (Funny enough, the most historic mammatus event in recent times for Cape Town happened 1 day prior – 7 years ago, on the 16 April 2009). 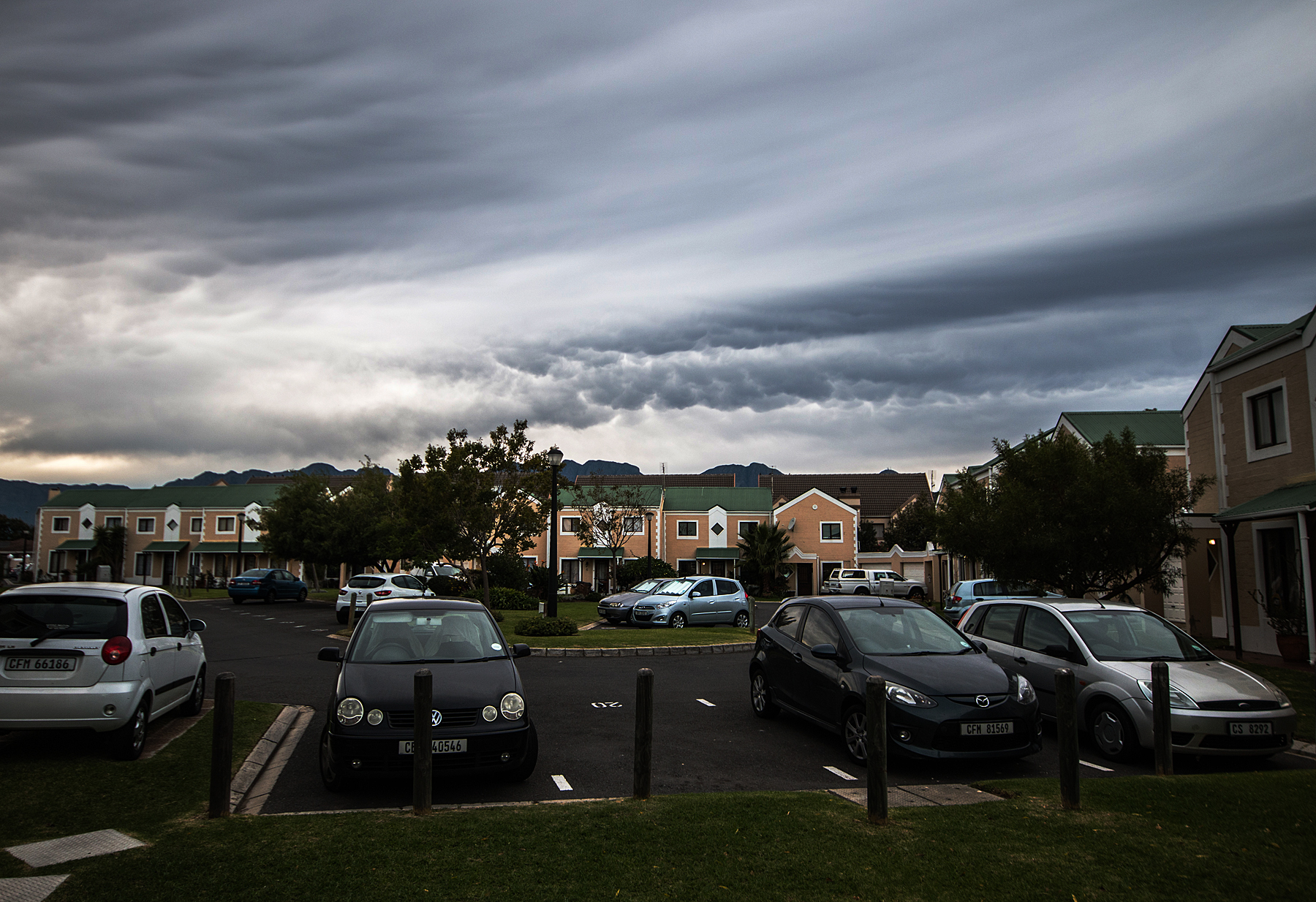 Mammatus are considered rare cloud formations and only occur a few times a year in the Cape. I quickly got out of bed and gathered my photographic equipment and headed out the front door. Once I stepped out into the complex area I had immediate visuals on some small patches of mammatus. They were not as widespread as one would have hoped, and not as defined either – but it was something. 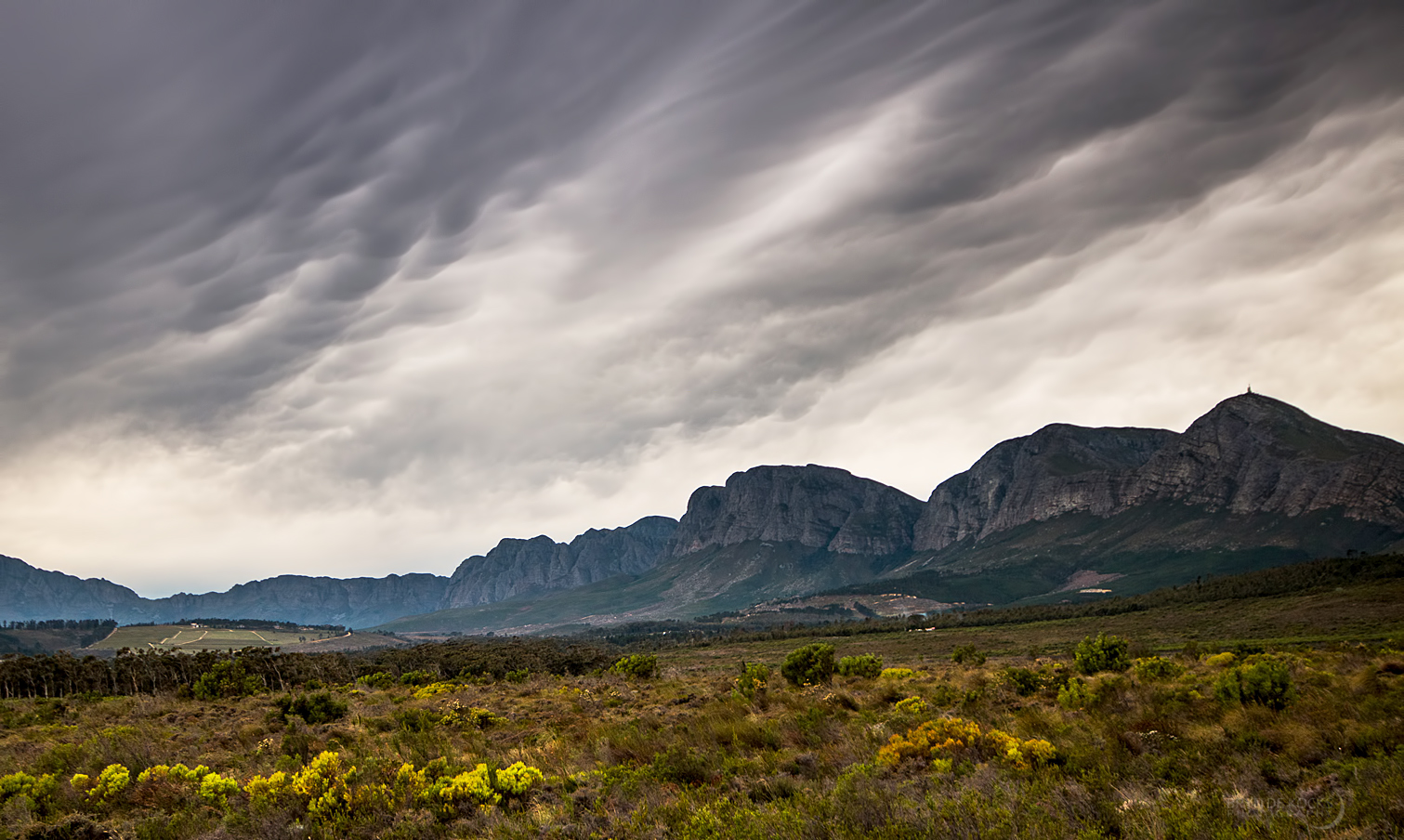 Once I approached the top of the pass I had noticed that most of the clouds had weakened, with only a small patch now on the other side of the pass. So I stopped a kilometer down the pass and got a few shots facing towards Grabouw. While I was at the location, I also decided to get a few snaps of Steenbras Dam from an angle that would be very picturesque if it weren’t for the power cables littering the scene. 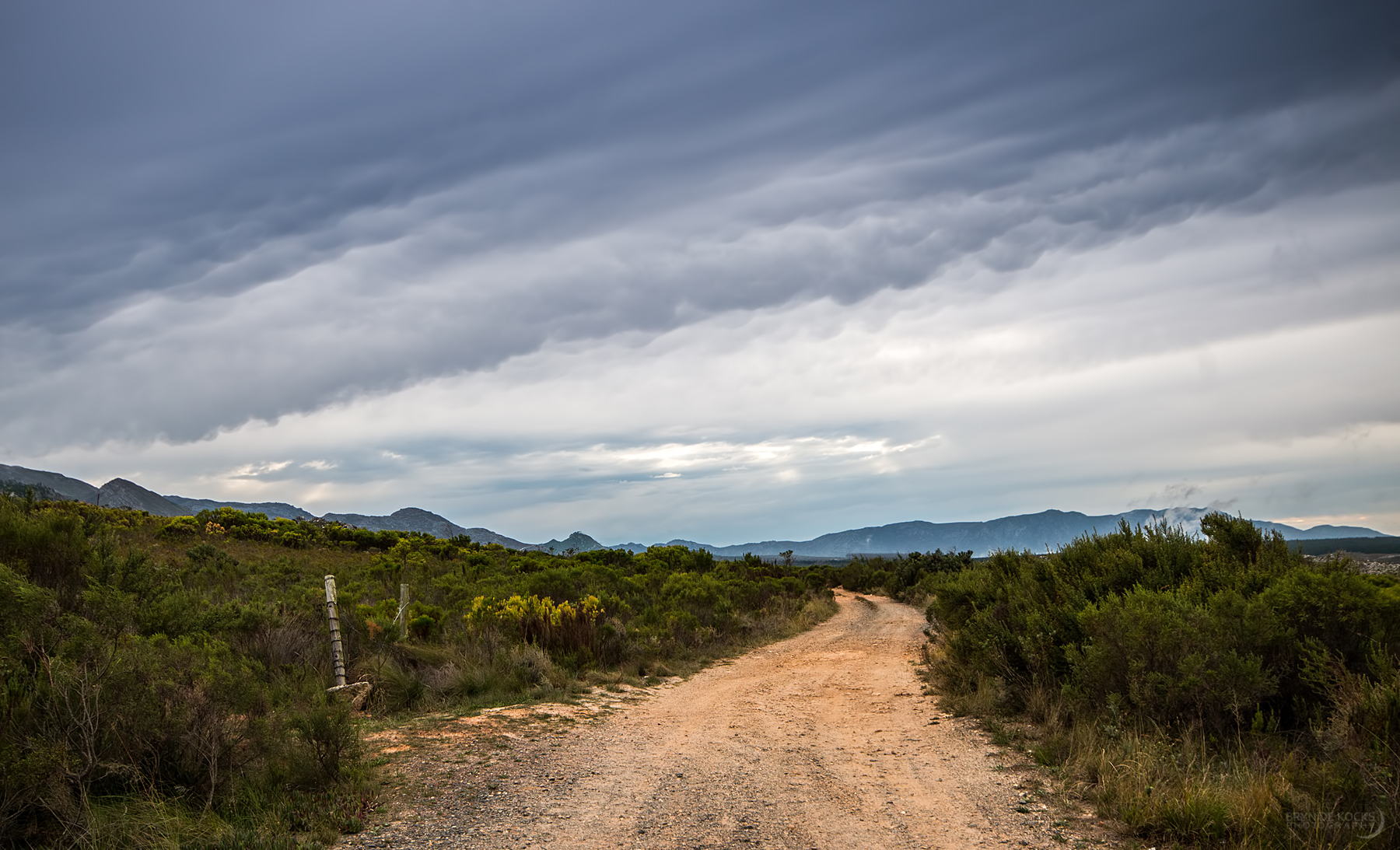 At this point the wind was starting to pick up, and on the way through to Kogelbay I decided to stop at the Sir Lowry’s Pass view point and get some shots of the altocumulus, even though the mammatus were no longer present. It was a challenge standing (the South Easter really rips through that area when it’s blowing), but after firing off a few shots the light came through for a few minutes and lit up some of the mountains in the background, helping with the otherwise dull tones provided by a blocked out sun. 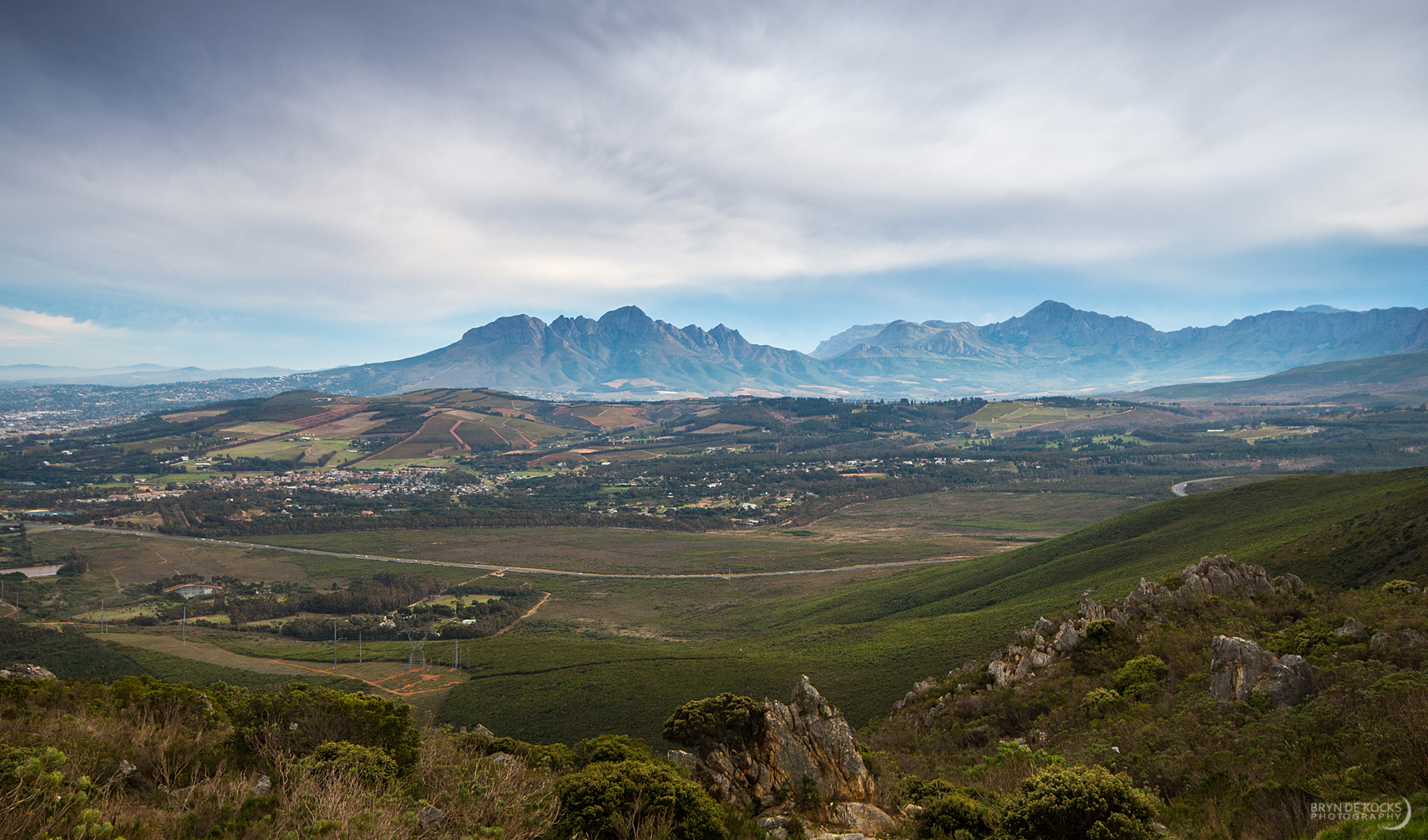 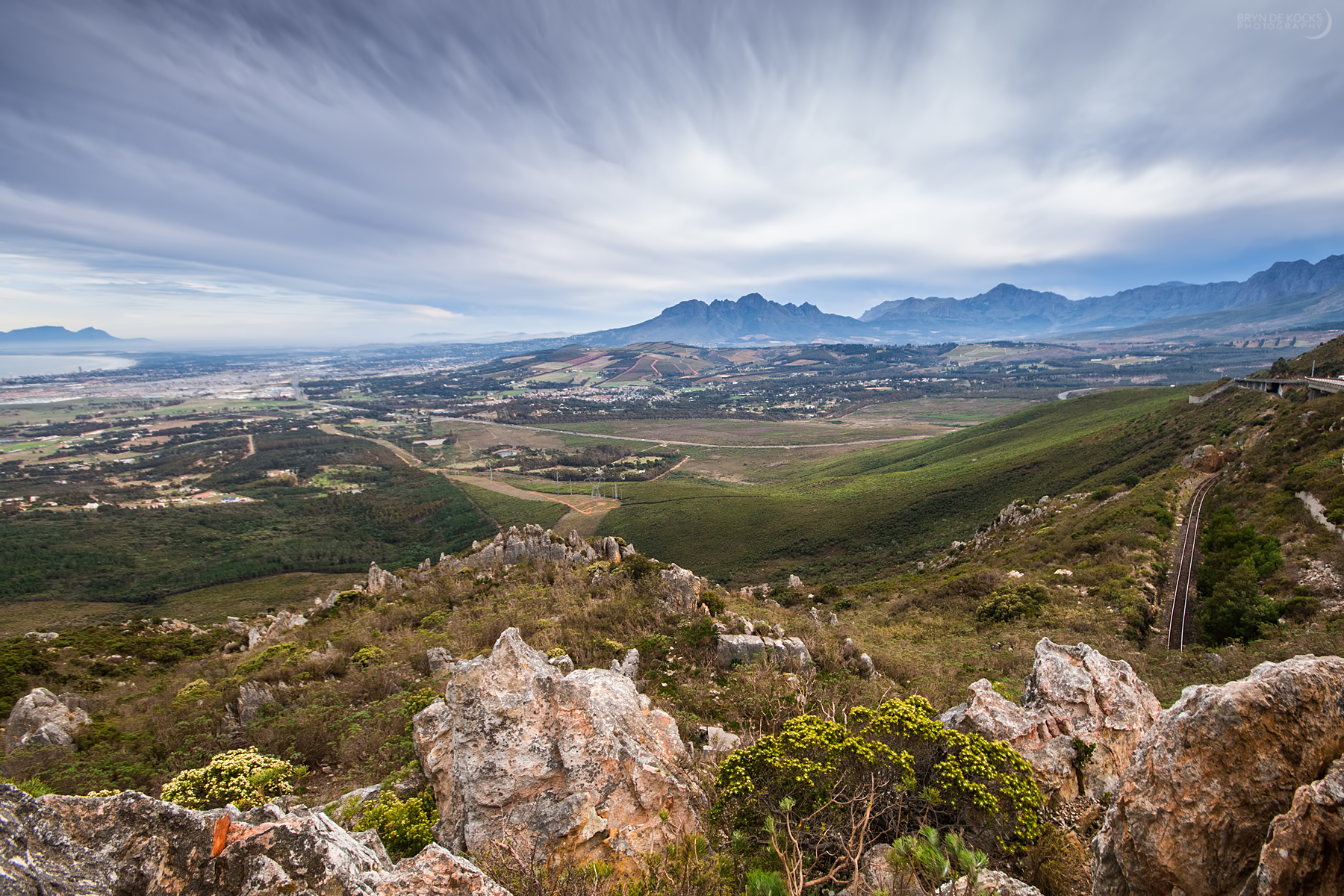 After a 25 minute drive I arrived at Kogelbay, the wind was fairly light out of the south east (seemed to be quite variable depending on location) and the swell was quite decent, but unfortunately the waves seemed to be closing out fairly quickly. There were a few decent lefts from the break just to the left of Caves, but there was no one in the water. That location tends to work that way, there is either no one in the water, or it’s busy. But rarely will you find 2 or 3 guys out. 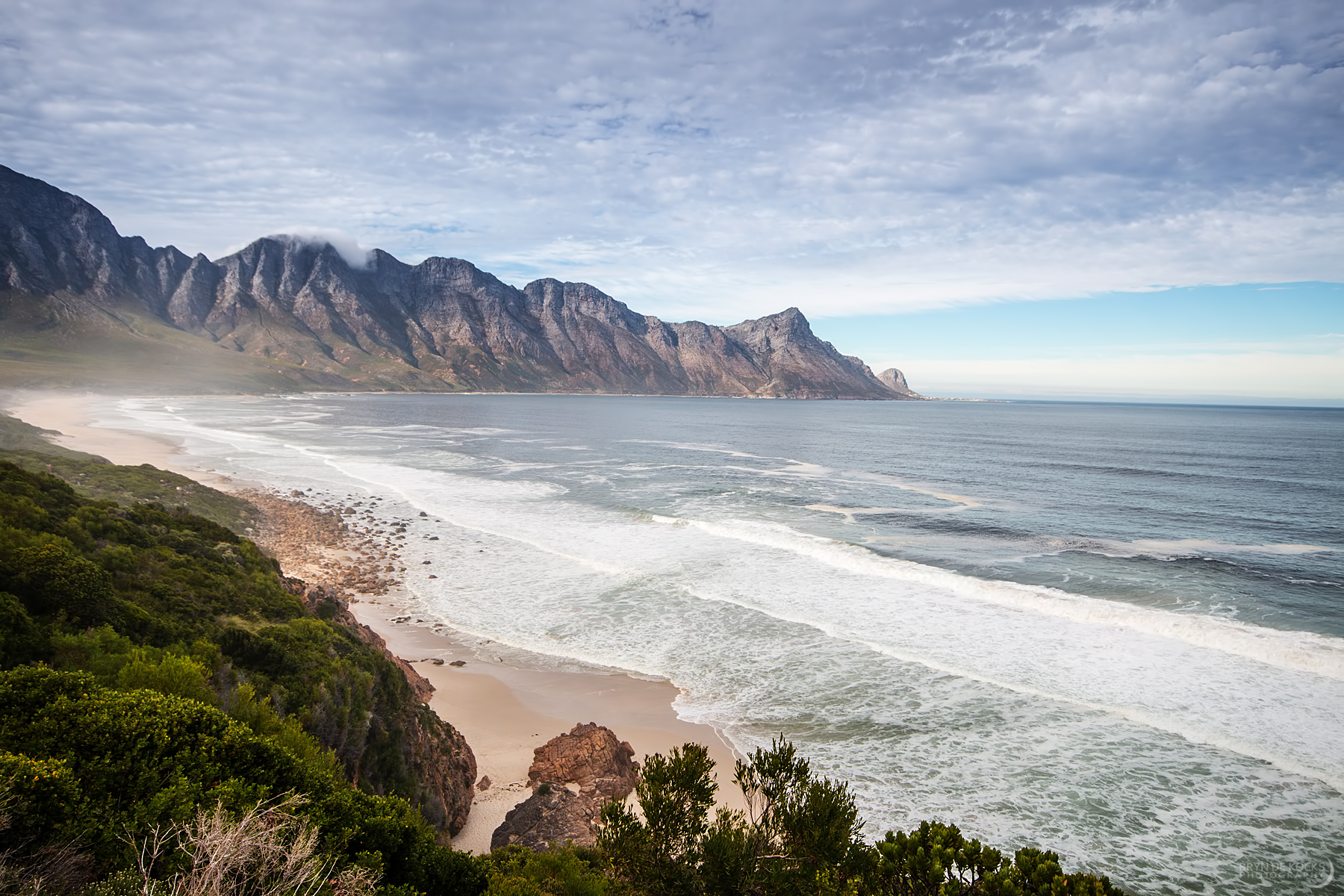 I didn’t stay long, with nothing to shoot. Before I headed back around the coast.

I decided to pass by Strand Beach and see how the waves were doing there, and I think I found where all the missing surfers were. Strand was breaking nicely but with it being low tide, all the action was down at pipe, where the waves were breaking at a nice size and hollowed out by the South Easter. There were easily 30 people in the water near pipe, all waiting for the sets to come through and offer them a chance to make the most of their Sunday surf. 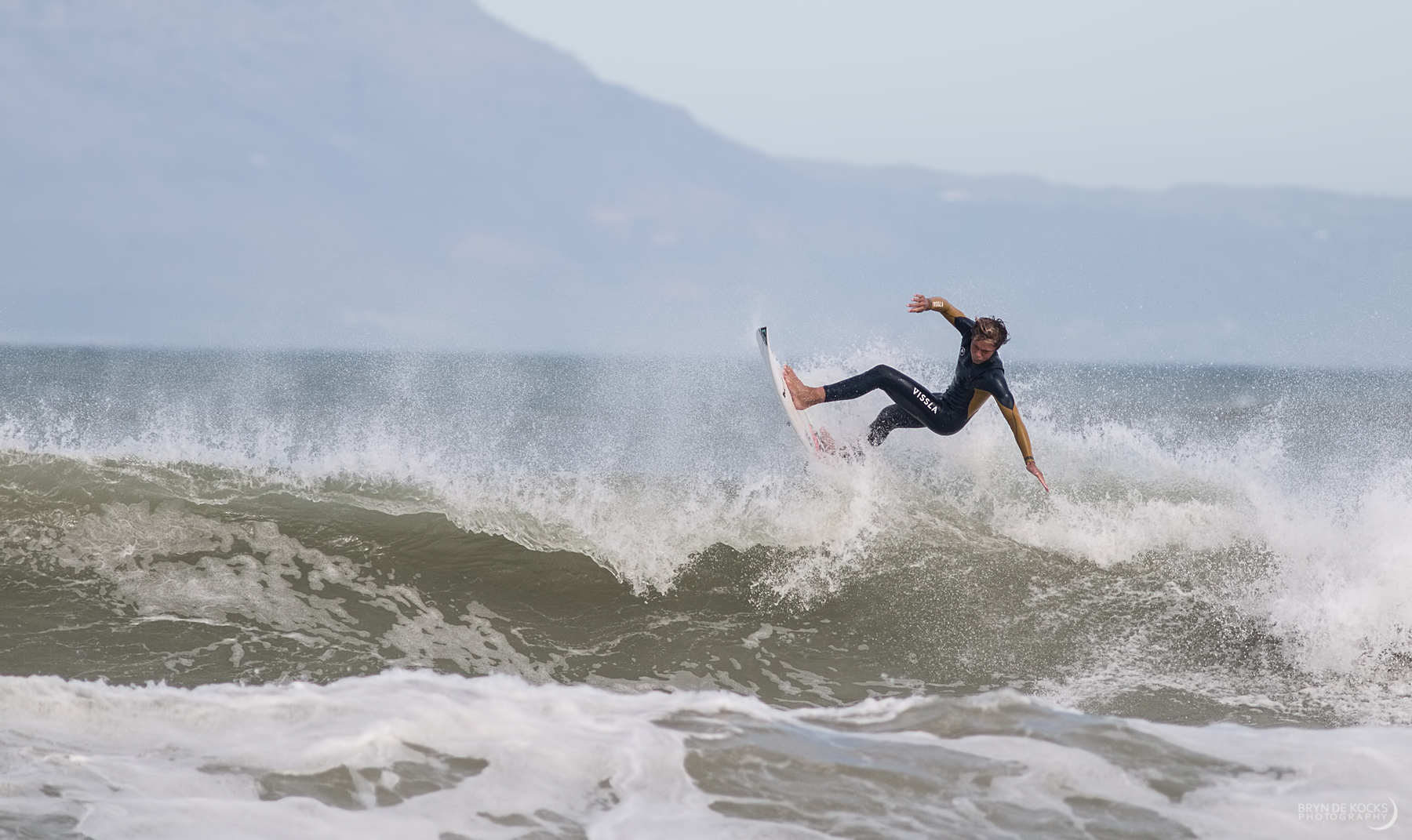 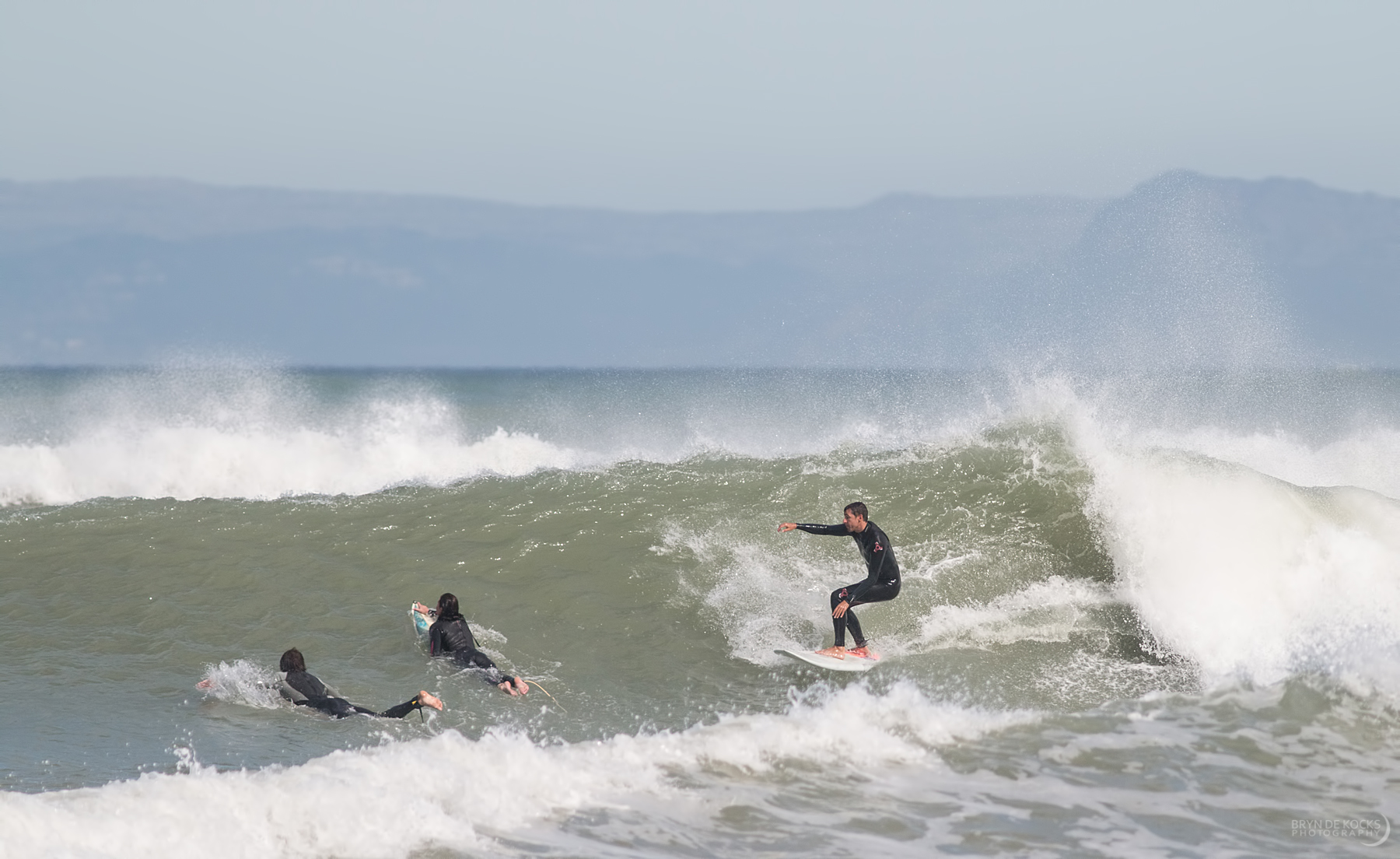 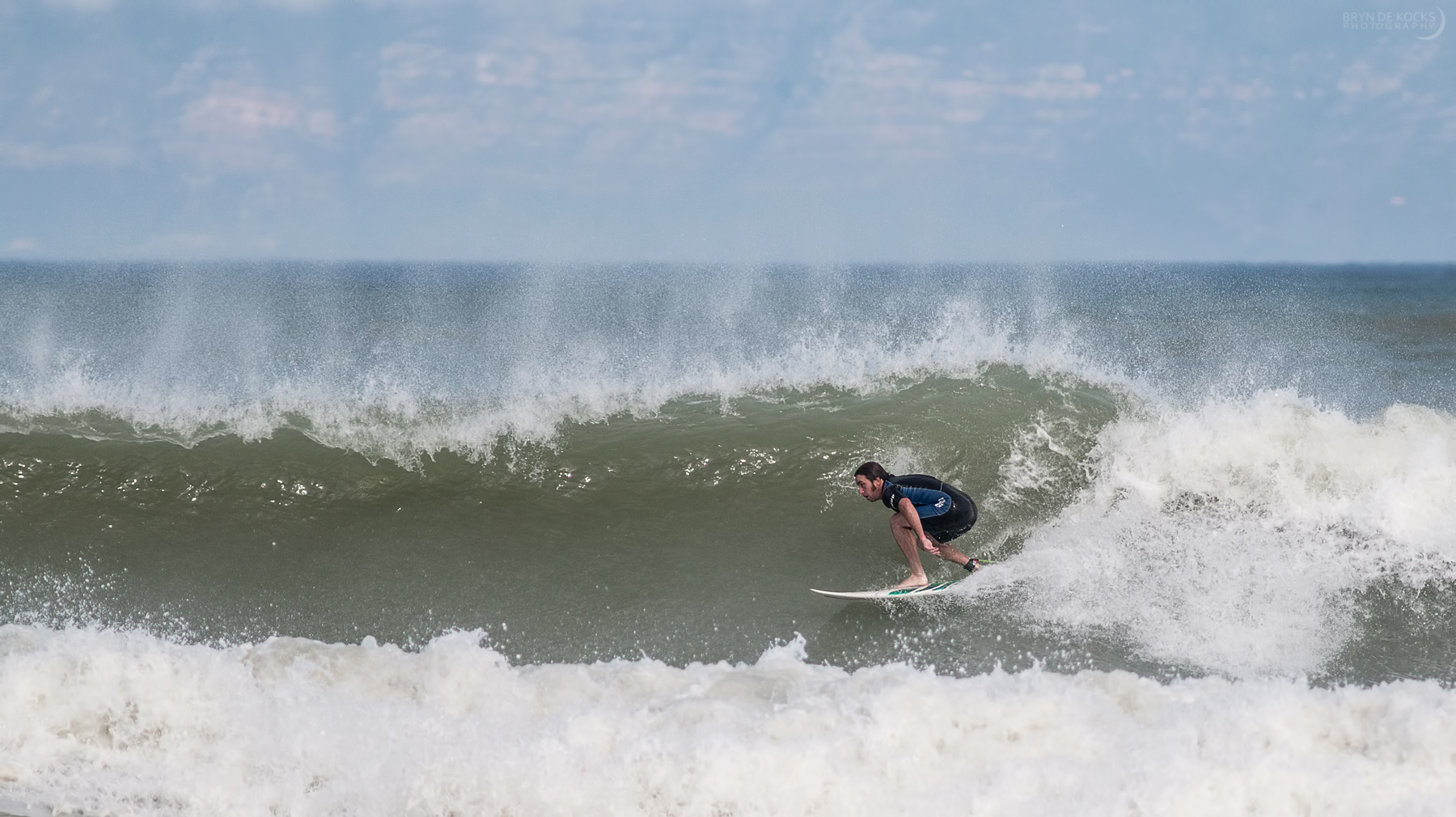 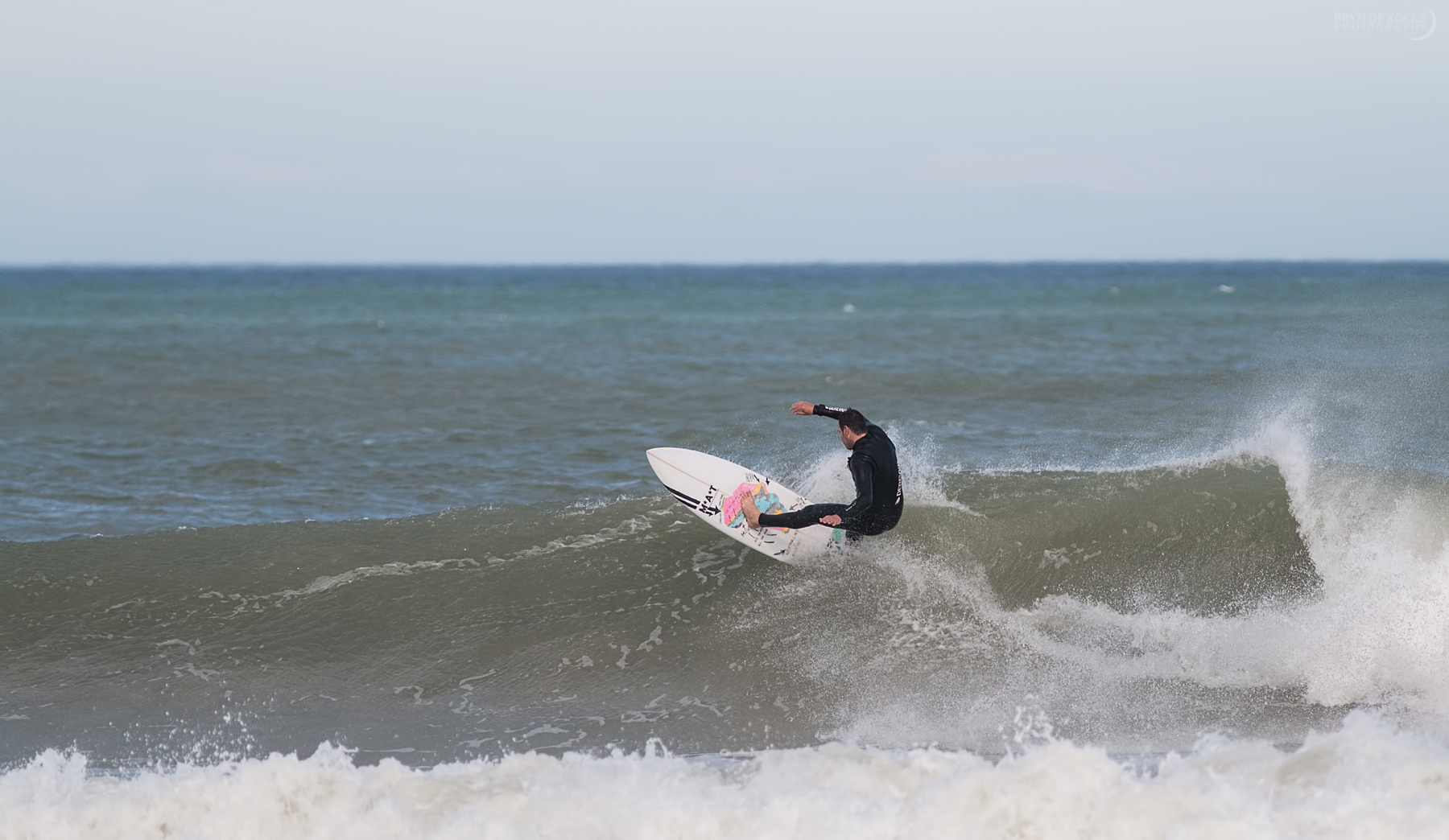 The red tide which has been fairly prominent over the past few months was seen easily around the shore. 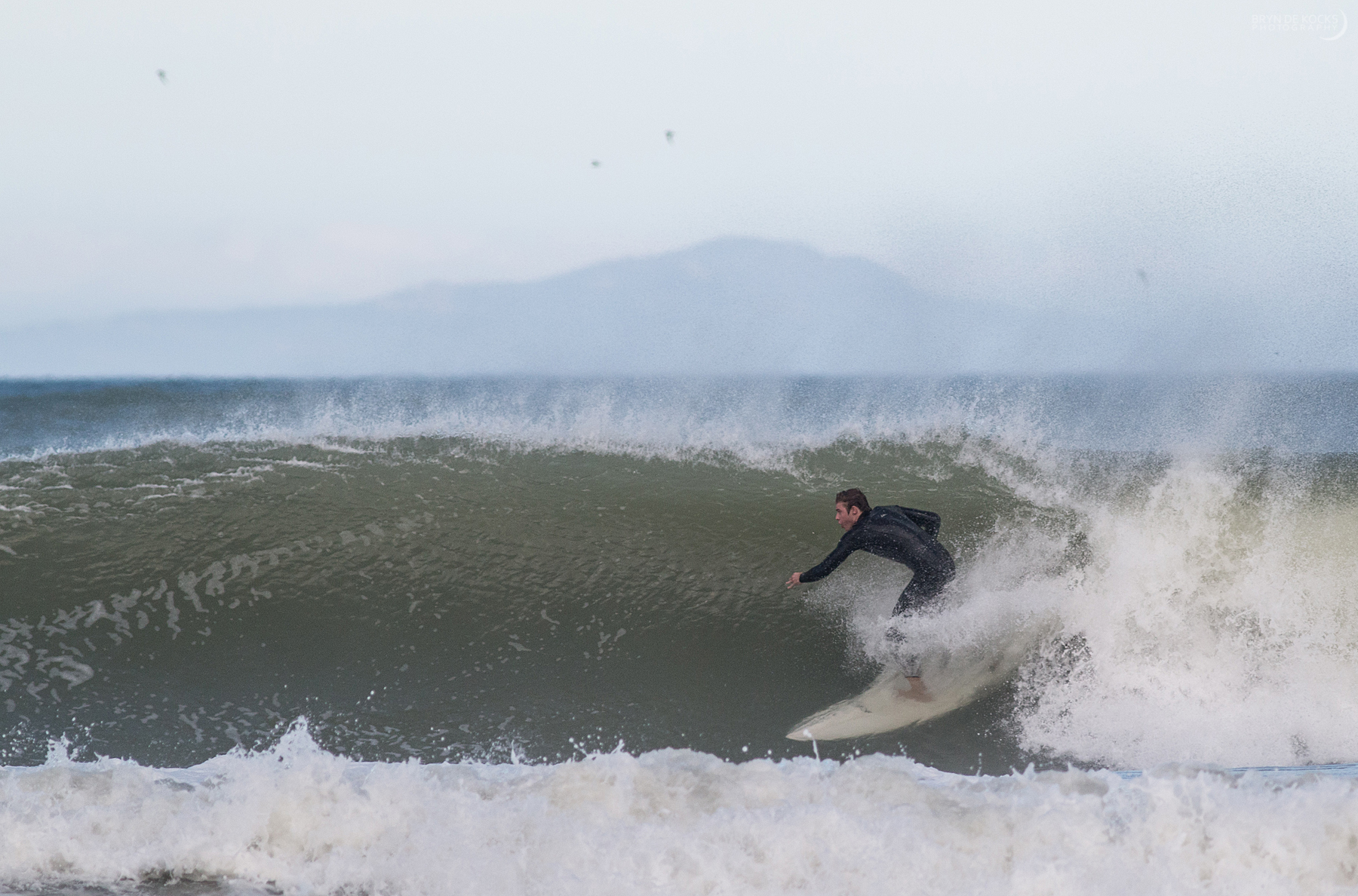 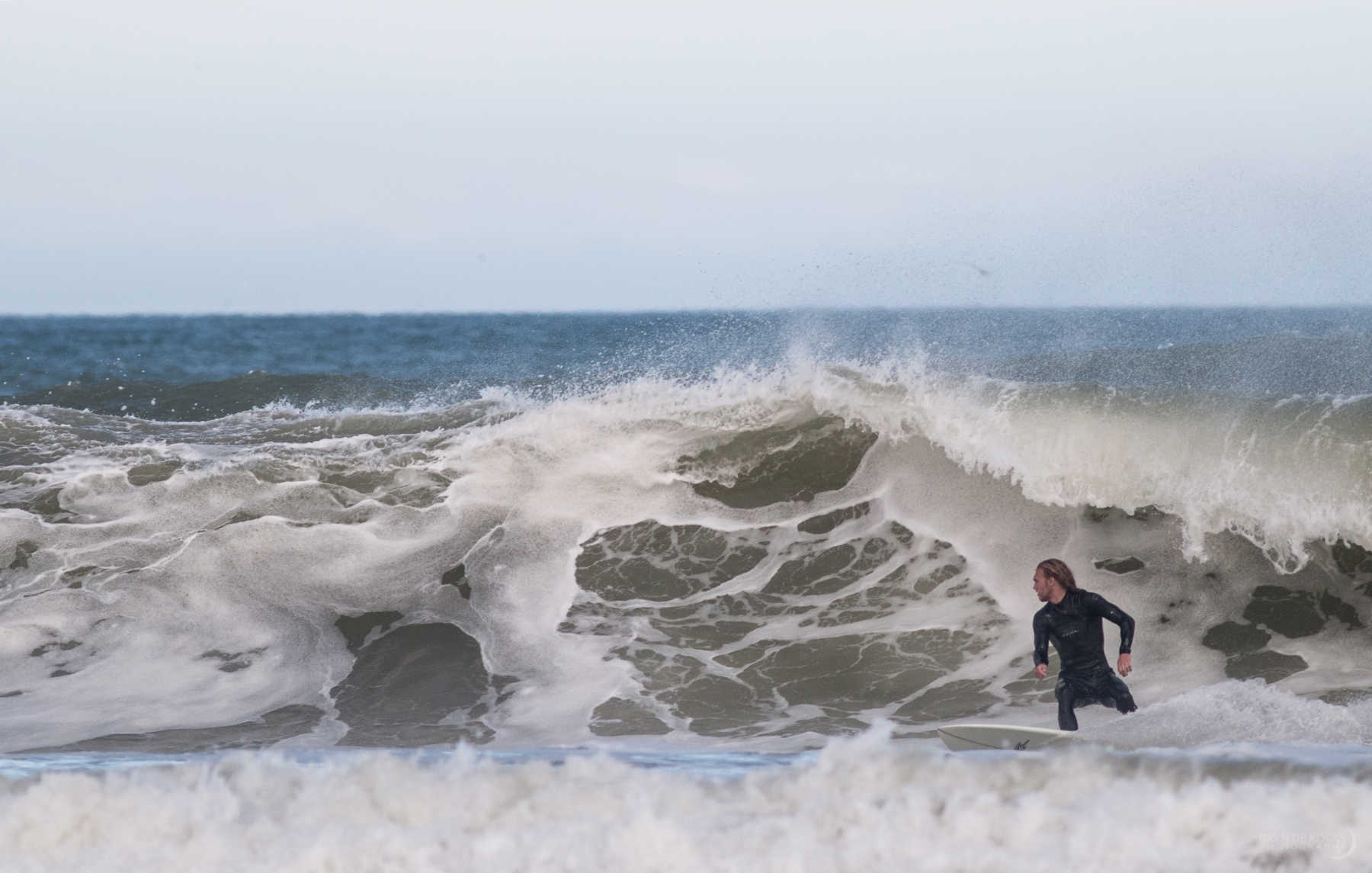 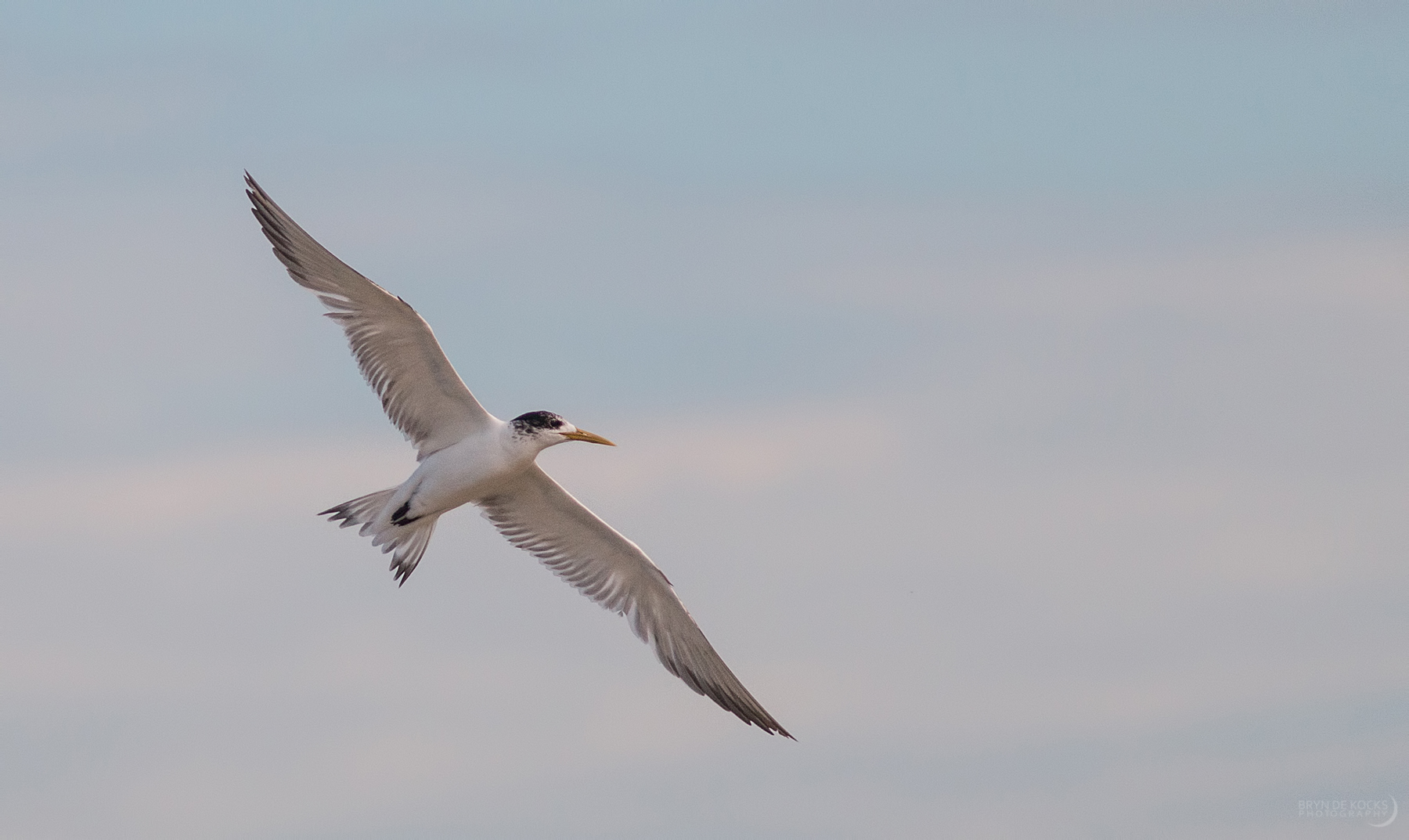 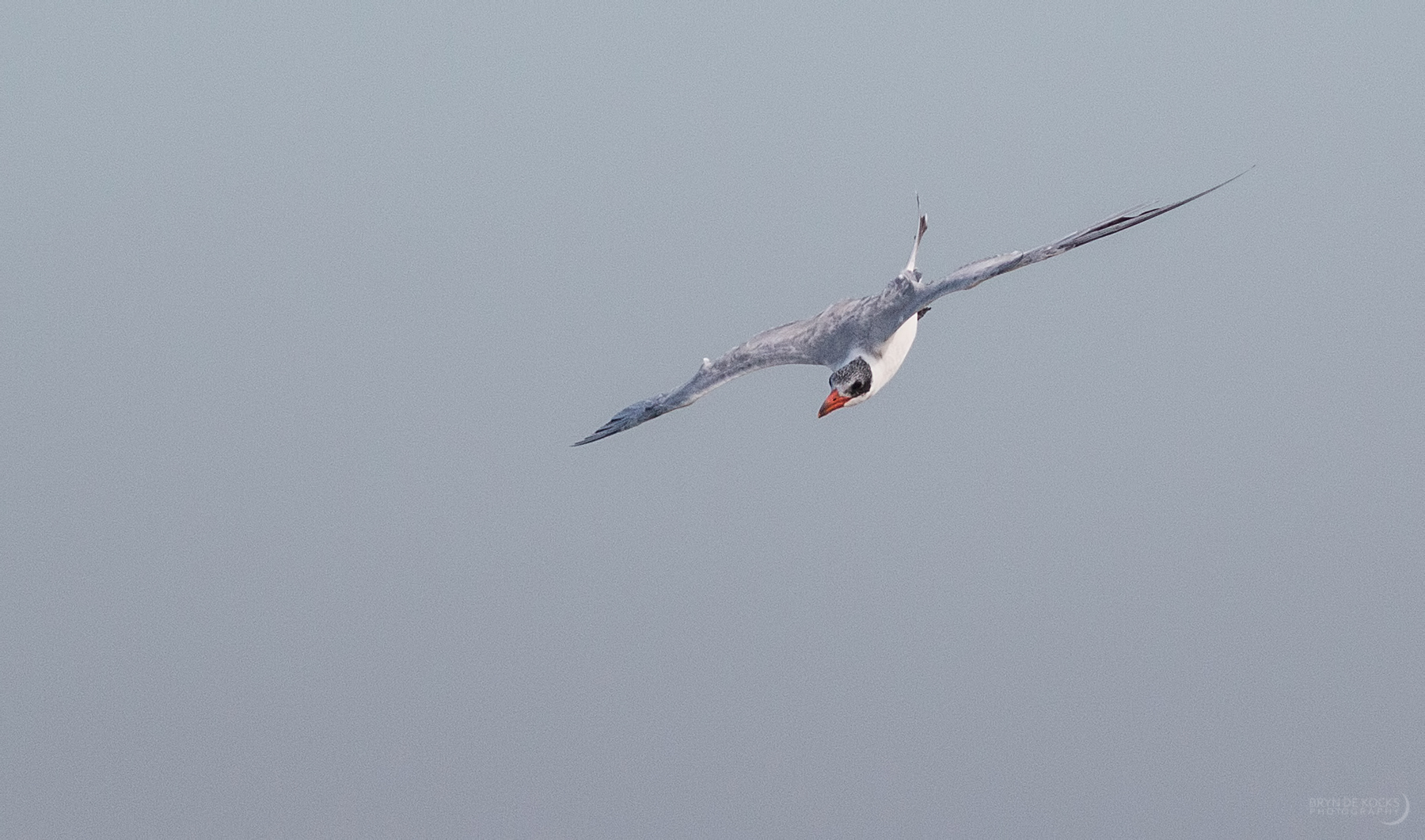 Between shooting the surfers, I wandered to the fence and did some bird spotting to see if anything special was at the Tern roost. I couldn’t notice anything out of the ordinary. A few Sandwich Terns were still around, plenty of Common Terns, Swift Terns, a single Caspian Tern and a variety of Gulls. 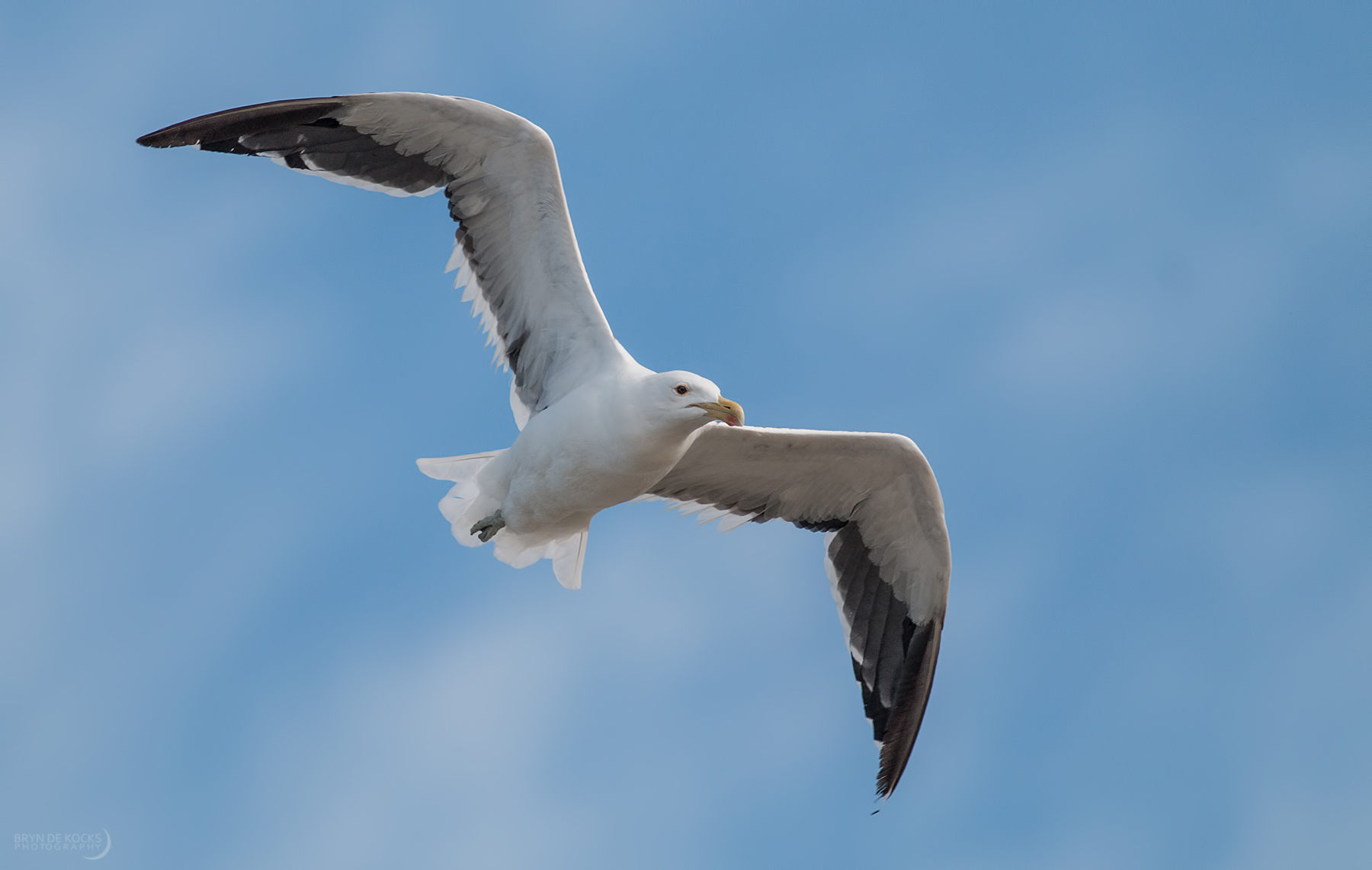 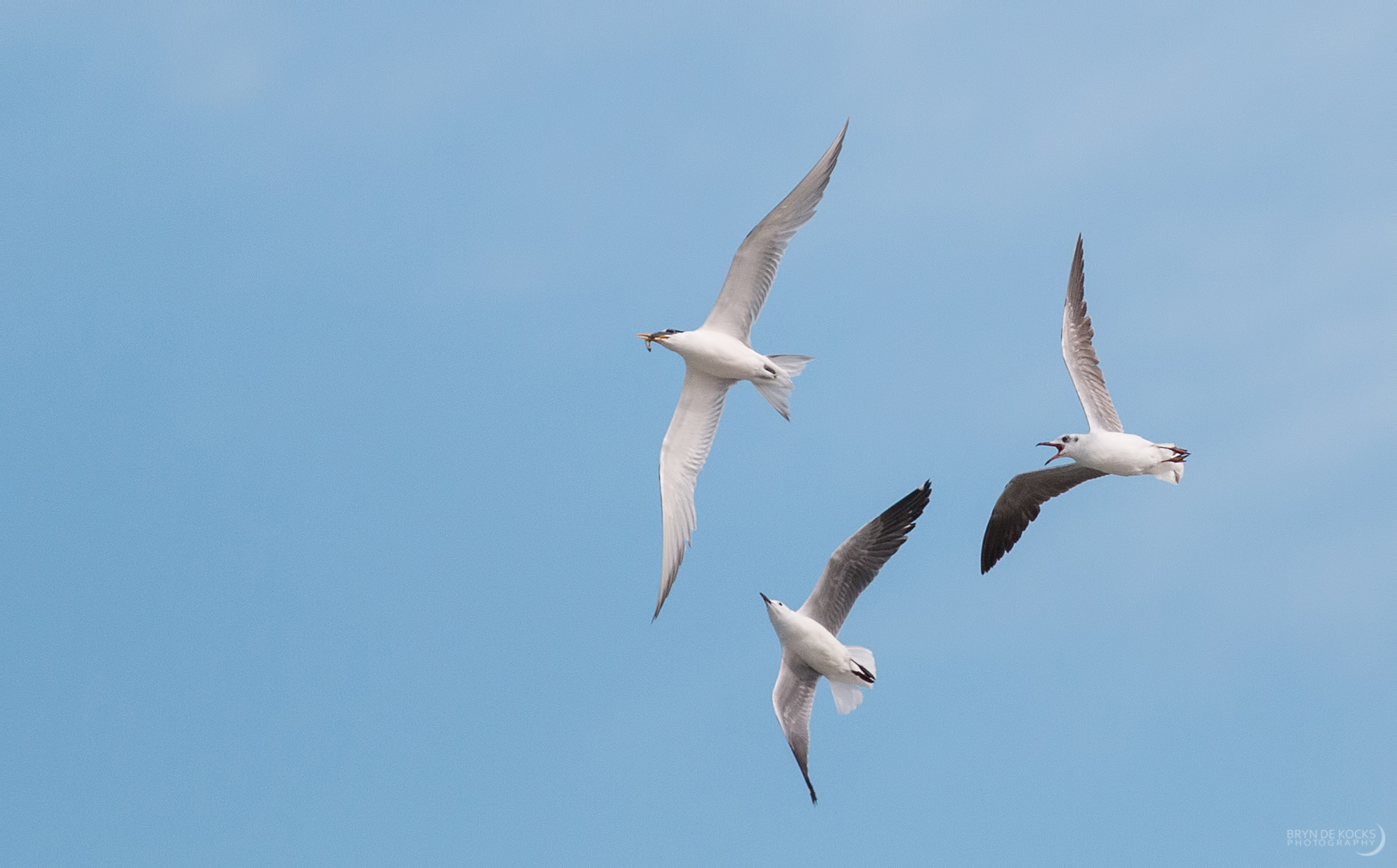 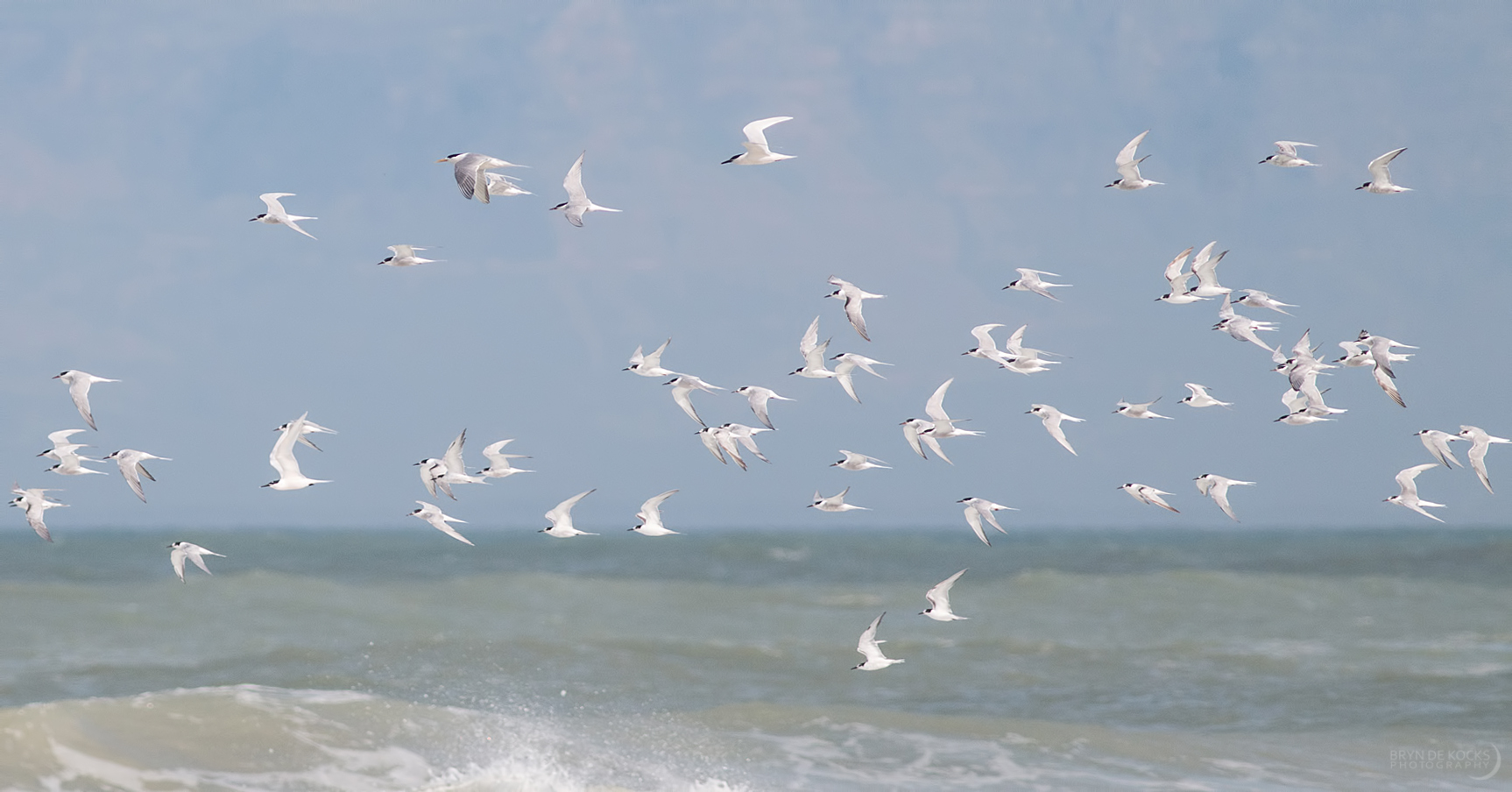 Most of my time was then spent hoping for some interesting interactions between the birds as they passed by the fence. The tide pushing in meant that the waves would periodically flush the terns from the shore.