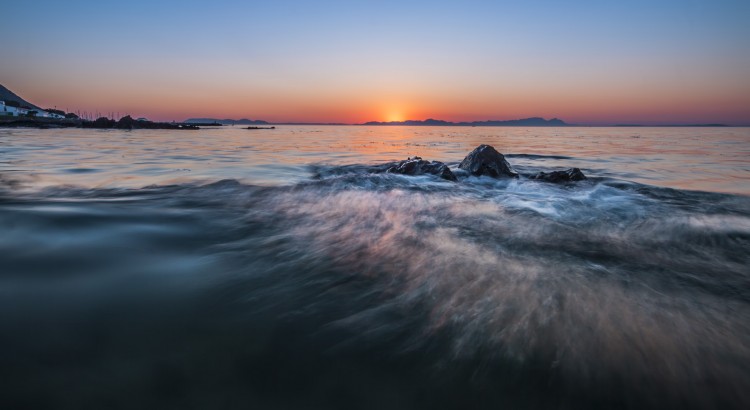 Without turning this blog into my diary, I was having a pretty rough week this week and felt the need to get out the house and to socialize in some way, shape or form. I had initially planned to drive through to Cape Town, but my car had other ideas and I found myself trapped in the desolate depths of the Helderberg basin. Luckily I had a couple of rad friends who were willing to make the drive out this side, and in turn put a much needed break into my schedule of wallowing in self-pity and feels.

The day was a scorcher with the mercury touching 36’C in Cape Town at 14:00. Summer was supposed to have left a few weeks ago, but she still lingers on and quite frankly, I’m not complaining – not by any means! We had 5 successive days of temperatures in the 30s, which would be hot in January, never mind in mid-April. Because of the heat, we decided that we’d make a mission to the beach later in the day, once the temperatures cool down a bit. Andrew and Keara arrived in Somerset West at around 16:00, and picked me up like the immobile bastard I am required. And we then shot through to the mall quick so Andrew could pick up a gift for a family member’s birthday. After a short stop we were on route to Gordon’s Bay beach, the temperature still in the 30s.

This was Keara’s first time at Gordon’s Bay beach and despite both her and Andrew being new to this part of the world, I had already dragged Andrew to Gordon’s Bay before. We arrived, and found parking fairly quickly, the beach was moderately full but not too bad. The first order of business was for us to find a shady location, to match our shady characters. We managed to find a nice area of shade by some large rocks near the water and set up camp. The weekend prior, when Keara and myself went looking for owls I spent a lot of time regretting not taking more photographs to remember it by. This time I was determined to document the fun properly and immortalize it. Since we were going to be there for sunset, I also made sure to bring my tripod and ND filter.

It was a relaxed vibe, with Keara being the first one to truly embrace the moderately warm waters that were present on the day. The days of heat had obviously warmed up the waters again a bit since the last cold front passed through. Andrew and I sat on the beach, enjoying the sunlight and the sand. We spent some time messing around like kids, as one is supposed to do at the beach – skimming rocks on the water and such (I was the best at it, Duh!) At one point I managed to convince Keara that it would be a good idea to drop a large amount of kelp on Andrew’s face. She was hesitant at first, but concluded that he’d get over it – and so my horns and pitchfork glowed slightly as I waited for the moment. It’s always fun watching someone else suffer the cruel fate of a face full of seaweed!

The sun began to dip and I got out my camera equipment, set myself up around the rocks and started to get the first real landscape shots of the evening. I was a bit bummed that there wasn’t a cloud in the sky, but it just meant that I had to focus more on the foreground elements. As the sun reached the horizon I saw an interesting opportunity for a composition. It was in about waist deep water, but I had to give it a try, so I extended the tripod and moved into position. The camera was about 15cm above the water line, and when the odd wave came in, probably only about 7cm. But I had to do it! I started some long exposure shots, trying hard not to jump around as periwinkles and other small sea life walked over and between my toes. The people on shore seemed to think I was made placing my camera where it was, and I had a few people query me as to my sanity, with regards to the whole situation. One woman and what is presumably her husband stopped to chat about cameras a bit, as we discussed the pros and cons of Nikon and Canon cameras. She took my number down, and a little while later I received an image of myself taking the shots. Unfortunately I didn’t catch her name.

After sunset we decided that we would head to the Spur on the beach front and grab some dinner. A strange experience in the beginning, as we sat down and suffered the unfortunate fate of having someone at a nearby table taking it upon themselves to provide us with some unwanted karaoke. After a good meal we headed back outside and despite it already being dark, the temperature was still above 30’C with a warm wind blowing. It was far too nice of a night to leave and we decided to head back to the beach again. Andrew sat along the path while Keara and myself headed down to the water’s edge. I tried my hand at a few long exposure lights with the reflection of the coastal houses on the still waters of the bay.

I managed to convince Andrew that now was as good of a time as any for him to finally give light painting a try. Light painting, being the process of using long exposure photography in combination with a mobile light source to draw objects. Someone holds a phone, torch etc and the movement made with it is then captured on the image. It’s a rather difficult task, as it requires a very good sense of space, if you don’t follow a single line, you can easily miss the points where you were hoping to draw. I was surprised by the lack of genitals in the days painting… Andrew decided that he would write ‘SYN’, possibly the nerdiest light painting ever made. While I was being a small child and drawing stupid things. But I did manage to kind of draw a beached whale (just missed it).

We then left just after 21:00, the temperature still in the 30s! And headed back to my place where we played some Cards Against Humanity, which is always super fun! Many many thanks to both Andrew and Keara for the rad day. It was very much needed, and it sucked that it had to end. But there will be many more in future, I hope – and hopefully I can document them too and not forget the fun that is had. Much love homies.