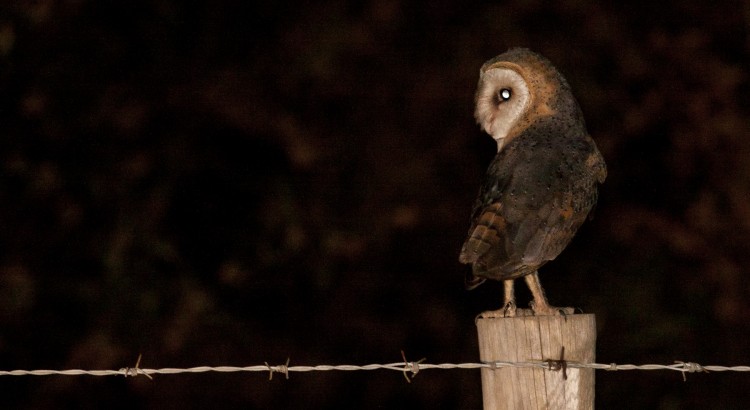 This previous weekend saw some local birding which started on Saturday morning. On Friday night I sent local photography and bird enthusiast Etienne Beneke a message to find out if he was perhaps keen to go birding on the Saturday morning. Etienne tries to get out every weekend, so he was more than amped to try and head out somewhere. We decided that Rooi Els would be a good spot as we could then target the Ground Woodpecker and Cape Rockjumper. The former, I still need for my Western Cape list and life list.

Come morning, the South Easter was howling towards Strand, and with Rooi Els being extremely vulnerable to the Cape Doctor, we decided not to take the drive in that direction. Instead I suggested that we do some local birding in the general area, birding along some of the farms near Stellenbosch. I’ve always had excellent birding along the road sides with some short stops. I drew up a route that would take us through the outside of Stellenbosch, along Annandale Road and then down towards the N2, where the plan was to stop at Vergenoegt Farm.

Etienne was kind enough to provide a lift, and we were soon on the road at around 09:30, and out first stop was along Annandale Road. It was here where I saw my first, and only Martial Eagle in 2012. We stopped along the side of the road and took a walk down one of the farm driveways. Mere seconds after exiting the car we got our first bird, unfortunately it had already passed overhead by the time we saw it, but it appeared to be a Peregrine Falcon, not a bad start to the day. The vines and bushes along the gravel road didn’t give us too much, numerous Cape Sparrows and some Common Fiscals was about all.

We then moved on a bit and stopped along another farm. I suddenly noted a bright colour moving in the grass on the other side of the fence. The unmistakable appearance of a Cape Longclaw, with its brightly coloured throat moving between the green grass. It was a tough individual to photograph, but he stuck his head between the grass just long enough on occasion to focus on the eye. It was a lifer for Etienne, and as any birder knows, it’s always great to be with when someone manages to tick a new species. Otherwise the area was fairly quiet, we noted some Common Waxbill, Red Bishop, Levaillant’s Cisticola and Cape Canaries.

It was then further along Annandale where we made another stop by a slow moving, small river. The sky was littered in Barn Swallows and the occasional Black Saw-Wing Swallow. We heard a Bokmakierie calling from within the brush, where there were many Cape Weavers. Our eyes then turned to a large silhouette in one of the dead trees nearby, the unmistakable look of a Jackal Buzzard. As we began to walk closer he took flight to try and do some feeding. We got some great views of this adult bird, who circled around the area for a good 5 to 10 minutes.

Our plans changed slightly as we headed west, and we decided to stop in at Spier instead and see what we could gather there. I’ve had good luck at Spier before, unfortunately usually not when I have my camera with. This time however things were quiet and we were only entertained by litter of tiny kittens near the restaurant, and a sky of Greater Striped Swallows. There were lots of Batis heard in the oaks, but difficult to get visuals never mind photographs.

Etienne had yet to see an African Wood Owl, so I wanted to take him to the one local reliable spot. Which has to be kept fairly confidential due to the nature of the location. The spot is on private property, but I had spoken to one of the residents in the past and been welcomed to come look at any time. We arrived and began looking in the front area for the Owls, which we were struggling to find. While skulking in the front yard the owner came out and inquired as to who we were and what we were doing. After hearing the words ‘Wood Owls’ he burst out into a joyous decree; “Barn Owls! I’m your guy… How many do you want to see?!”. He took us to the back of the house where he crawled in the bushes, ensuring us that they were there. We spent about 15 minutes looking without any luck, and he was ready to take back his previous confidence when we struck some luck. There were two individuals in a tick area of bush, visible but impossible to photograph. But at least Etienne got another bird, and we almost managed to enjoy the company of an extremely welcoming individual. He assured us that we were welcome to return any time again.

After that, we headed back home and although it wasn’t an outstanding number of species. It’s always good to see the Wood Owls and just experience some of the local areas and what they can produce.

The day was far from over… Despite returning home for most of the day, I had a newly made friend who would be joining me for the evening. I promised her some Owls; well not really promised… But I was confident that we would be able to see at least a Spotted Eagle Owl, even if it was the one that visits our garden weekly. Keara arrived in the early evening and after grabbing some dinner, we hit the road. Sun had just set and I decided that we should head out towards the Klipheuwel/Cape Farms area, while any Owl would be considered success for our mission, I most certainly had my eyes on a lifer in the form of the Barn Owl. While Barn Owls aren’t hard to find typically, I rarely find myself on farm area roads after dark, so I had never managed to see one of these pale beauties.

Despite Keara and I only having met once before, the drive was anything but awkward and we found ourselves engaged in hilarious discussions on route. We stopped just outside Stellenbosch and I took the wheel, and I quickly had to pick up on how to drive a new car – no problem! We hit the road again and turned the brights on, we would be driving slowly and watching the fence on the road side for any signs of movement or glowing eyes. I hadn’t really thought too much about how I’d be getting the shots in the dark, but I figured I’d just take it as it comes and see how the light is at the time. The road was almost void of other traffic, and no signs of life along the road side.

We drove for about 40 kilometers before Keara explained,

“What is that!”
“Where?”, I responded
“Right there on the side, something was glowing…”

I reversed the car and as luck would have it, the glow was coming from a small gate entrance. I turned the car in, to the point where we were about 5 meters from the fence. I suddenly heard a gasp and watched in amazement as Keara set a new world record for the quickest time anyone has ever gone from regular sitting position to being perched on the car chair. I was confused and turned my eyes away from her and towards the fence. “JESUS! FUCK!”, I exclaimed.

We were staring into the glowing eyes of a large cow, staring directly back at us. This wasn’t your average cow… He had intent in his eyes, you could see it. He stared at us a bit longer, face pressed against the fence. We sat there for a few minutes and allowed our heart rates to return to normal before laughing hysterically about the situation.

Shortly after that turn off we found a long drive way extending into a farm, the drive way had no private property signs so we decided we’d drive in a bit and see if we couldn’t find any Owls in the line of gum trees along the path. Unfortunately still no Owl luck, but we did stop for a few minutes in the complete darkness, only the sounds of the trees rustling along side us. It was quite the atmosphere, we rolled down our windows and spent some time listening for any Owl calls.

I decided we should probably turn back at this point as we had passed Klipheuwel by quite a way and were heading towards Malmesbury. After about 10 minutes of driving on route home I began to think that perhaps we would not get to see any of our Owl friends, despite the fact that we had to slow down several times for mice that were running across the road in front of us. Then suddenly!

I was hoping it wasn’t another possessed cow. And as luck would have it, it wasn’t! It was our first Owl of the night. A beautiful Spotted Eagle Owl sitting on the side of the road looking down a grass embankment. We stopped the car on the side of the road and tried to use the lighting from the headlights for photos, but at the distance we were not to scare him off the lighting was really difficult and any photographs of the bird were of extremely bad quality. But still a great experience, as I sat on the side of an empty highway road taking photos of the bird, while Keara was hanging out the passenger side door.

After the bird flew off we got back in the car and drove on, not even 20 meters further we saw a flash of wings fly past. I’ve seen enough Spotted Eagle Owls to know when an Owl is too light for a Spotty. The wings were definitely that of a Barn Owl! Had I just missed my photo opportunity?! I did a U-turn and went back to the spot a few meters back where we shot the Spotty, and what do you know! The Barn Owl was perched on the fence post directly where the Eagle Owl was. I managed to grab a few shots of this magnificent bird before he once again took flight.

In the end, despite all our horror encounters and almost lucking out on the Owls, we managed to get some great views of these birds and it was truly a really memorable night.

One thought to “Finding Owls and Other Things”