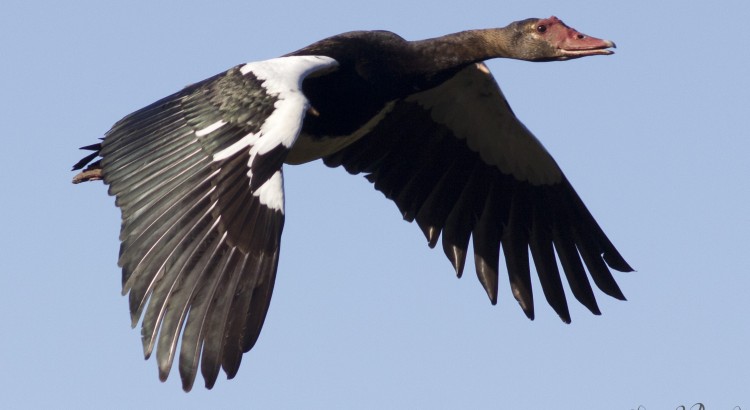 While success in birding can often be tied to dedication, there is no way of getting around the fact that it also includes a lot of luck. You can be visit a local patch regularly for a vast number of hours, but there is still the possibility that the second you leave, an unbelievably rare species will put in a short visit or fly by and you’ll be none-the-wiser about it. Up until recently I have had a lot of the dedication, spending hundreds of hours this year out birding but with only somewhat noteworthy achievements.

It appears though, as if my luck may have changed… Ever since the sighting of the Green Backed Heron about a month ago, there has been something exciting seen almost every time I have gone out, including a number of new lifers and some local rarities. The Green Backed Heron at the Helderberg Nature Reserve was an amazing situation where it would seem I happened to be in the right place at the right time, as proven afterwards. The bird was extremely skittish and I happened to be at the reserve on a day when the weather wasn’t exceptional and thus I was on the only person around the pond, surely if there were more of the usual visitors the bird would have been gone without anyone even knowing it was there. A few weeks after that (last weekend in fact), I was on an outing with the Somerset West bird club in the area, when we saw a Martial Eagle – A species that while seemingly more common recently in the area than before, is still an unusual, unique and very satisfying sighting.

That brings us to this weekend…

On Friday I had decided that on Saturday I would try and better my photographs of Black Sparrowhawks, and knowing where they are breeding, I thought a bit of patience should pay off in this case. I got to the reserve at around 8:30am on Saturday morning and headed to the path alongside the hill of the breeding forest, making sure I was out of the way not to bother or flush any of the ‘Spars’ that may be in the forest. The hill makes for a nice vantage point of both the forest where the Sparrowhawks usually breed, and the other forest which often sees the ‘Mystery Buzzard’, in fact, earlier in the week I had seen one of the Mystery Buzzards being chased around that forest by a Pied Crow.

I waited patiently for about an hour on the hill top, monitoring the skies and the forests – trying not to miss any action. At 9:30am the first signs of raptor life showed itself, in the far distance circling above was an African Goshawk, while not my target for the day it was only my second sighting of this raptor in the reserve, unfortunately at the height and distance it was flying, any photographs were for IDing purposes only. A Spurwing Goose and numerous Egyptian Geese flew across the forest while waiting.

Not long afterwards I noticed a rather large bird directly in front of me, but at quite a distance. It got closer and closer and was flying fairly low, I made sure to crouch down against the bushes on the side of the path as I didn’t want it to see me and make any kind of detour. It got closer and closer until as though it knew what I wanted, began to circle at a fairly low height right in front of me, and lo and behold – finally with the bird at the right angle and the sun at the right height, I was given a fully lit under wing.

My first thoughts were “Black Harrier?”, then I started to doubt the ID and was thinking a possible Verreaux Eagle… But the pattern of the wings didn’t fit at all. Eventually after paging through both my Newman’s and Sasol, I saw that it really looked like a Long Crested Eagle, the white ‘leggings’ almost made me positive. I reached out to some of the Somerset West birders and to Trevor Hardaker to get a confirmation, which came back positive. The Long Crested Eagle is a species that in the past has been quite restricted to the East Coast, but over recent years some isolated sightings have occurred around the Cape, never the less it is a rare sighting and was definitely better than I had been expecting for the day.

I waited for a while still after this for the Black Sparrowhawks, when eventually a raptor rushed into the forest, after creeping it’s way along the other side. It was in the forest for about 20 minutes, before taking off again – and unfortunately decided to take off in the opposite direction of that where I was. At first I had thought that this was a Juvenile Black Sparrowhawk, based on the reason that the Black Sparrowhawks always seem to come from that area and they are known to nest there but only once I had published this blog post was it indicated to me that it is in fact a Rufous-Breasted Sparrowhawk, I guess both are nesting in that forest.

On the Sunday the reserve was a bit more quiet, I headed up at around 9:30am and as I was heading to the main path I saw the familiar face of John Clements, the guide of the Dick Dent Bird Sanctuary meet ups that we have once a month. We took a walk around the main pond, up through the Sunbird area, through the ravine area and back. There wasn’t really anything to write home about, but the conversation was just as good as he told me about some of the recent ringing catches and a bit of a recall back to the birding conditions at the Helderberg Nature Reserve in the 90s, the gist of which was that the reserve’s bird population is declining, whether this may be due to recent fires, a decline in species numbers in general or something else is not clear. Funnily enough we had discussed the Olive Woodpecker sightings, and after our walk he headed back home while I decided to stay a bit – and the first species I came across after his departure were 3 Olive Woodpeckers, including both a male and female busy building a nest in a hollow in the one Oak tree.