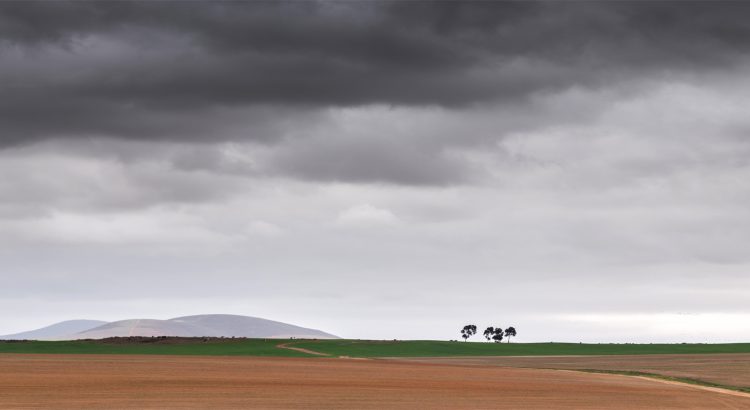 We woke up fairly on Thursday and first looked at the forecast, so we could decide our next plan of action. We had paid for 2 nights of accommodation already, but spending a second night in weather that would keep us indoors seemed pointless. We could rather be back at home in bed watching movies. Yes, the point was to get away but to get away and see things, not get away and be stuck in a cottage.

Deciding to avoid the rain, especially on the drive back the next day – we opted to spend some time driving around the area before beginning our journey back home on Thursday instead. After tidying the cottage and packing the car we were on the road and headed slightly north towards Jacobsbaai. Jacobsbaai is slightly different to a lot of the other West Coast towns, as it appears to be made up of more holiday houses and has a feel much like Betty’s Bay to it. 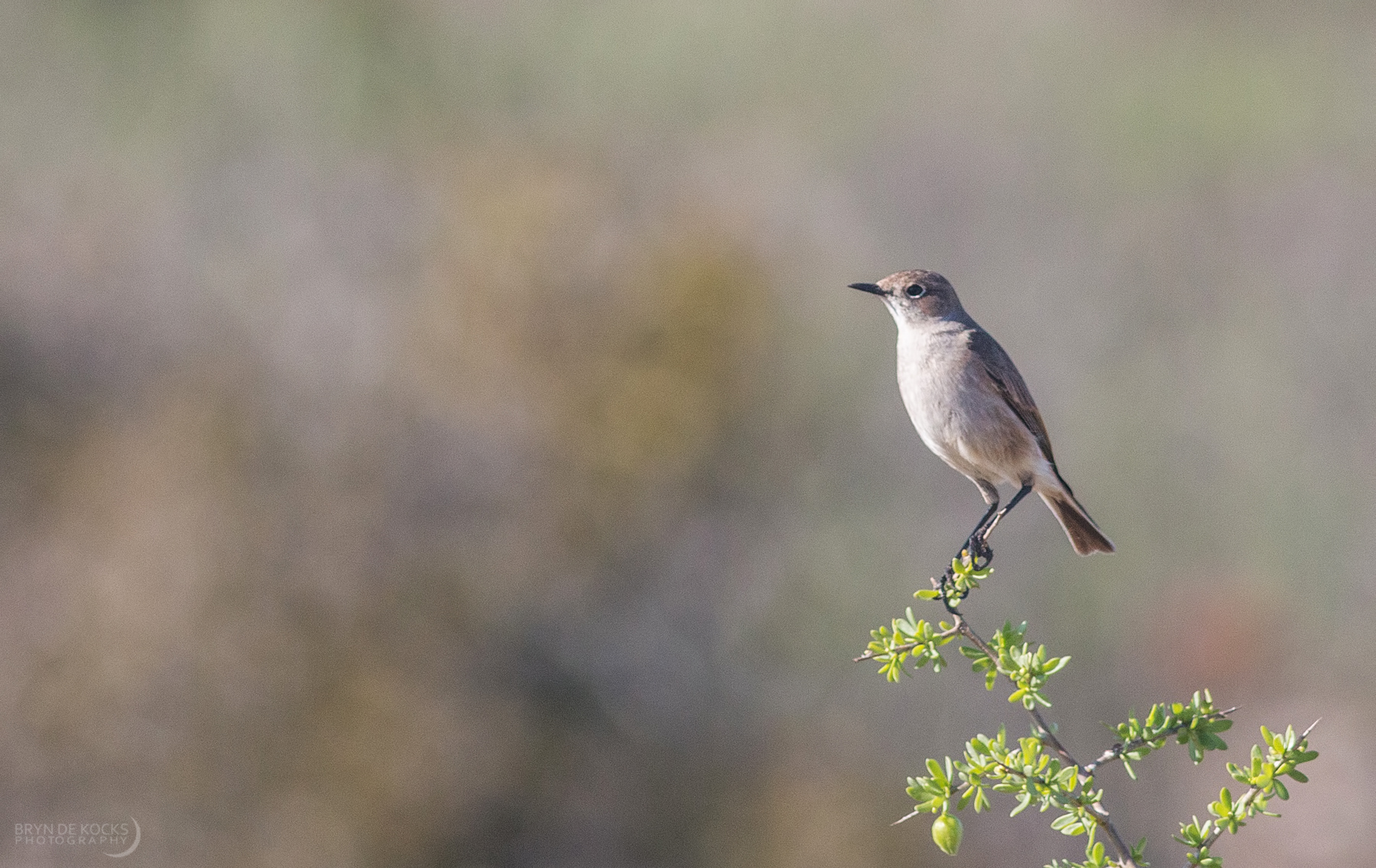 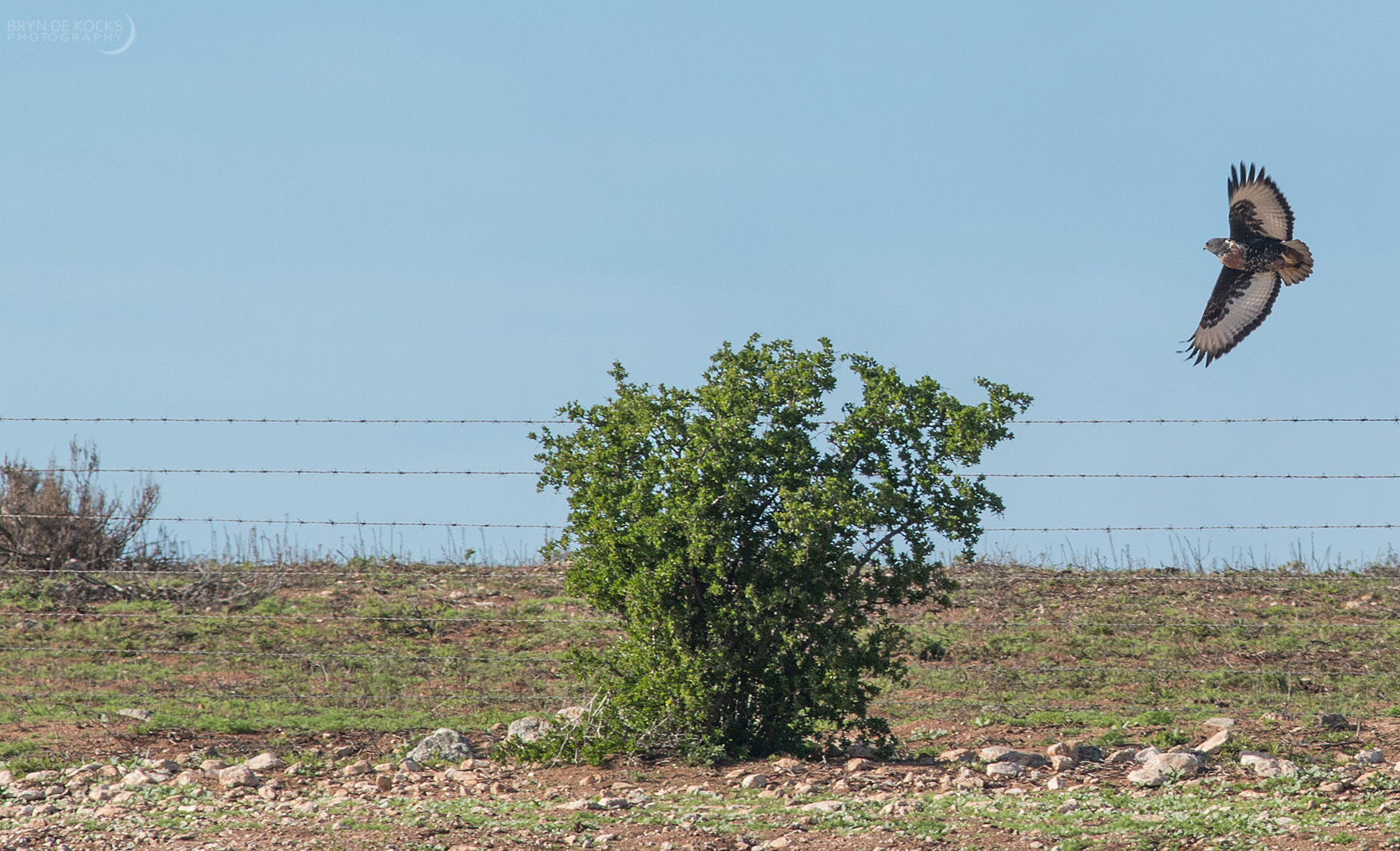 On route, we stopped along the side of the road, as the clouds started coming and the temperatures began to drop ahead of the cold front. Once again I tried getting some Cloud Cisticolas out from the fields, but with no luck. In fact bird life seemed few and far between initially with only a few Canaries flying between each side of the road. The closer to the coast we got, the more misty it became and it seemed as though the rain would arrive sooner than initially thought.

Once in Jacobsbaai itself, we navigated the maze of small dirt roads until we eventually found the shore. A small inlet with some boats rocking in the waters in front of us. We dodged a decaying seal on the beach and got some photographs before deciding to hit the road once again. On the way back we stopped at some old abandoned and broken down houses along the side of the road. Our route was very different for this leg of the journey and although we had arrived through Darling and up the West Coast road, heading back we would be going once again through Vredenburg, and then up to Velddrif and east towards Piketberg, before turning south and going through Malmesbury.

While traveling between Vredenburg and Velddrif we managed to get visuals on a Rock Kestrel (extremely upsetting to see pictures posted 2 days later of someone spotting a Greater Kestrel along this same strip). Unfortunately nothing else was spotted on route and we arrived to a construction heavy town, as most of the roads seemed to be having work done to them in Velddrif. All I knew is that I had to head east, so I got on the road I needed to – making the mistake of taking the easy route out, but at the same time voiding the bathroom stop that was located beyond the yellow barricades. I had made a flawed assumption in that some more bathrooms would appear shortly.

Immediately heading out of Velddrif we were greeted with a Stop & Go. “Roadworks for the next 64km” a sign along the roadside said. With the stop and go instructors seemingly void from the road, I assumed it was open and passed on by, only to be face to face with oncoming traffic a few hundred meters later.

“Oh shit, what the fuck… Was that guy not doing his job?”

We pull a U-Turn and align with the cars which were headed towards us, and go wait at the stop and go. Now the guy is there, and clearly thinks we are insane for just pushing into a one way flow of traffic.

After clearing the stop and go, we breathed a sigh of relief.

“Okay, let’s get this 60km out of the way, we can get to Piketberg in about 50 minutes”

Not 5 minutes later we encountered another stop and go, with wait times of around 10 minutes. This would become a frequent thing as it seems they thought it made sense to work on a 64km stretch of road at once, and not work in segments and finish it, then progress on. By the second stop Monique was trying to find the best positioning in her chair to save her bladder from pain. And once we were about 30 kilometers into it was had to do some calculations.

And so proceeded a negotiation on why it would make sense to stop on the side of the road and resolve all issues. I could have sworn that I had just asked her to drag her face along the concrete out the back of the car or something.

Eventually, and praise by to the Dark Lord… We were stopped off in a quiet area of the road and with just a little trespassing later – tanks emptied, we were ready to progress on the journey. We were now far enough east that it was impossible to tell that just 100km to the west a cold front was about to bring rain. Hot sunny weather reigned supreme, but the bird life again was dismal. Not a single raptor on the posts, for a 70km stretch, and not even the usual small field dwelling birds on the wires.

Piketberg was further than I had anticipated and definitely wouldn’t have thought we’d be rounding any mountain passes on the way, but we came across some interesting landscapes while doing so.

We didn’t stop in Piketberg after all, except for a quick cellphone shot of the mine (excuse the cellphone quality). It was then almost a straight drive through from Piketberg to Somerset West. Passing the area between Mooreesburg and Malmesbury, I suddenly got the urge to live on a remote farm in that area instead of the town I’m used to. There is something therapeutic about the open fields and the distance from other humans one is able to have living on a farm. Granted the general mind set of other farming residents in the area is far from my own, but of course that wouldn’t matter. The landscapes in the area are wonderful and in winter, turn bright green with some Canola fields illuminating yellow in June and July.

Just outside Stellenbosch the cold front was now very evident as the skies above were dark grey and rain seemed imminent. This setting worked well for a minimalist landscape shot that I had noted while driving through.

We soon arrived back in Somerset West and although it was good getting away, it was equally as good to be home – especially for someone who easily suffers from home sickness. The weather was cold, we had hot chocolate, snacks, movies, bed and still another 4 days of holiday.